Getting by on a technicality is becoming quite trendy 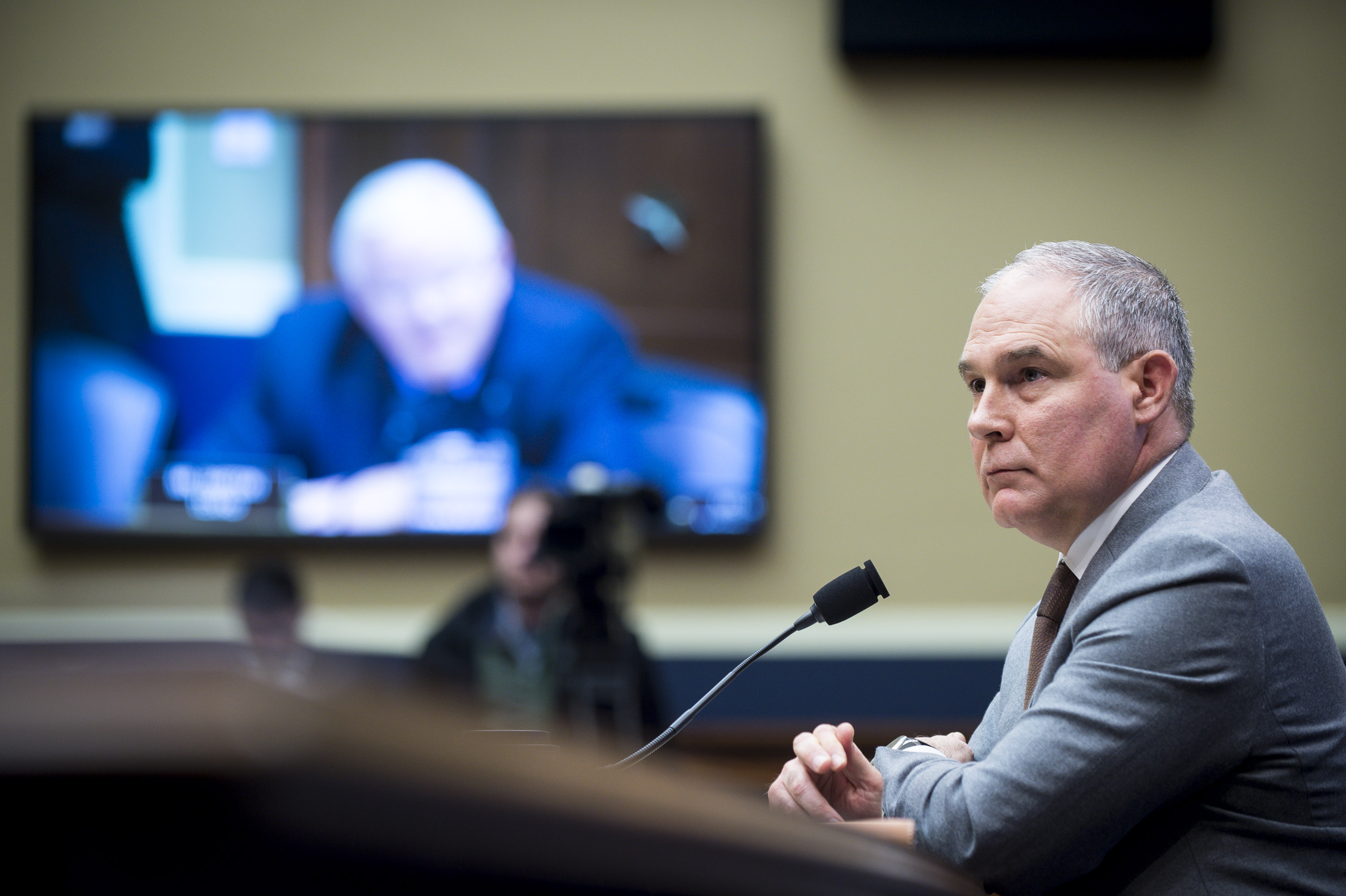 Commentary: The EPA Wants More of These Really Dangerous Trucks on the Road....

They'd fool even the veteran trucker from the outside.

I saw this coming. I knew new environmental regulations requiring new diesel technology in commercial trucks would inspire truck owners to keep their rigs running longer rather than replace them. After all, commercial trucks are often run for millions of miles before they’re retired.

If I saw this coming, someone at the EPA should have seen this coming, and probably did. There are still cars on the road that were designed to use leaded gasoline too, and watching their numbers decline over the years, you have to expect the same with old diesel technology.

As for the metaphor of selling cars that don’t have seatbelts, I’d buy one. I’m cheap like that, and I’d be happy to install a four-point or five-point racing harness myself, which, when properly installed in a car that doesn’t have airbags, is safer than a three-point seatbelt anyway.

Pretty easy to close that loophole. “New vehicles must be sold with new engines.” Done.

I’m not sure they should close the loophole. Maybe, just maybe, the EPA chose not to drive owner-operators out of business by raising their costs by thousands of dollars.

The problem is that some people (particularly my fellow environmentalists) see pollution as a binary issue, thinking they can eliminate all pollution. I prefer to see it as an economic issue that balances the concerns of both sides.

My former economics professor described environmental issues using a scenario where there is a Native American tribe living on the bank of a river. The people living there are allowed to pollute the river, and because they don’t exceed the river’s capacity to absorb that pollution, there is no problem. The problem comes when someone builds a factory on that river and dumps so much pollution into the river that they exceed the river’s capacity to absorb the pollution.

This editorial ignores the idea that there is an acceptable level of pollution, and that the goal should be the long term decrease in pollution that puts us below the environment’s ability to absorb it without harm, not the complete elimination of pollution, which is an unreasonable and unrealistic goal.

With some environmentalists, pollution is an all or nothing issue. That kind of attitude stalls progress.

Problem with those cars is - running with unleaded gas is going to ruin the heads/valve-seats.

Problem with those cars is - running with unleaded gas is going to ruin the heads/valve-seats.

I’ve seen people argue that point, but I drove a 1969 Dodge Dart for years on unleaded gas and never had that issue. Maybe someone installed hardened valve seats before my father bought it, or maybe it just came that way from the factory.

They could just make it like cars, where the truck must meet the standards that were applicable to the year indicated on the VIN plate

With some environmentalists, pollution is an all or nothing issue. That kind of attitude stalls progress.

I don’t consider it an all-or-nothing issue. Frankly anyone who’s a car enthusiast who does is delusional.

I see a lot of arguments every time an environmental issue crops up that say “you’re going to put X industries out of business!” to which I respond “I don’t care.”

That sounds cold, and it is, but the alternative is to let X industries continue to pollute, continue to screw up the environment, and continue to march us at an ever-accelerating pace toward irreversible environmental damage. Once that happens, X industries will not only be out of business, but their former employees, along with the rest of us, will suffer much more than if those people just had to find new jobs.

The bottom line is that we’ve chosen a capitalistic economic model. People vehemently defend that model. They want that model. And they should therefore have to abide by that model - if you’re a small trucking company owner/operator who can’t stay in business because of regulations aimed at literally saving humanity, then the capitalist model dictates that you fail. It’s harsh, but that’s the system we claim to love.

I don’t necessarily agree that the reason we’re where we are is that environmentalists were too accommodating in the past. I’d argue we got where we are because there has been too little compromise from the other side. I’d also argue we got where we are because of Adam Smith’s theory of the invisible hand of the free market being a trustworthy mechanism for self-regulation (which people like Ron Paul and Rand Paul continue to promote in spite of overwhelming evidence to the contrary), but either way, we agree we’re beyond the safe absorption point and we agree on the solution, but I recognize the political reality that it’s going to need to get a lot worse before libertarians see the light.

You’re spot on about the free market. I find it amazing that people still believe in that “the free market is self-regulating” crap. One look at the Pinto memo and then noticing that Ford wasn’t driven out of business within a year of its exposure will tell you that doesn’t hold water.

I recognize the political reality that it’s going to need to get a lot worse before libertarians see the light.

Yeah, same here. And not just libertarians, either. We humans think we’re smart, but… Well, all you have to do to be the dominant species on a planet is to be slightly smarter than the most dominant predator. We only need to be smarter than lions and bears and crocodiles, and those morons don’t even have digital watches yet.

As a species we tend to gravitate toward refusing to fix or even acknowledge a problem until disaster strikes. People will watch cars speed through an uncontrolled intersection in a neighborhood for years, but they’ll only advocate for installing a stop sign when someone runs over a kid.

Even our smartest people aren’t immune - NASA watched hot rocket exhaust leaks from the SRBs on the shuttle for years until a leak finally made Challenger explode, and only then were they interested in pursuing a fix. Then they watched foam from the external tank whack the shuttle on launch for years more until one well-placed impact finally caused Columbia to burn up on re-entry, and then they decided maybe they should fix the problem. And that’s not even talking about the easily preventable Apollo 1 fire.

If NASA can be that dumb, multiple times, there’s not much hope for the rest of us being en-masse interested in doing what we need to do to fix the problem until it’s already too late.

Several forward thinking Libertarians are currently calculating the timelines for pollution reaching a poisonous level in the air and water and devising personal devices to counter each that can be sold at a significant profit toooooooooooooooo, those who can afford them. The long term result will be a WIN-WIN.

“Why a kit? Several reasons, but the first and foremost is to avoid having a new truck that is loaded with all the DPF filters, Def fluid, ERGs and all the undesirable emission restrictions that we are all frustrated with.”

As far as the truck manufacturers being against glider kits, they are the ones making them. Specifically Peterbuilt, Western Star and Freightliner, all trucks that are very popular with owner operators.

I know back when I was in trucking, Peterbuilt would give discounts to people buying 1 to 6 trucks and the larger manufacturers wanted to sell 50 to 100 to give a discount. As a result Owner operators could buy a lot nicer truck for only a little more money.

Glider kits predate the 2007 regulations, if you had an engine and transmission you liked, they would generally wear out two bodies and frames, The kits just became more popular after the regs.

I myself have often thought of refurbishing a 67 or earlier car for a daily driver/ I was very sad when my 66 Valiant died a rusty death in 1994. It was everything I needed in a car and a joy to work on.

So really what makes anybody angry about this situation? That this company following the law building these trucks? Or that the EPA released a poorly written regulation? That the truckers buying these machines are getting more fuel efficient, less expensive to maintain trucks?

Seems your beef is against the company building these trucks but they are not the ones who wrote the faulty regs nor is the current administration responsible in any way for the “loophole.”

How do we know the regulations are faulty, and nobody at the EPA deliberately left wiggle room for owner-operators to get more life out of a functioning engine and transmission? After all, there is an environmental impact to replacing working machinery.

Just think, Dodge could build their Dakotas without an engine or transmission and have engines made in Mexico based on the 1965 slant 6 with a retro style transmission and sell it like a 1965 model with no emissions or air bags or ABS, etc.wouldn’t that be great. The EPA would never take the time to verify that the engine serial numbers weren’t 50 years old.

Just think, Dodge could build their Dakotas without an engine or transmission and have engines made in Mexico based on the 1965 slant 6 with a retro style transmission and sell it like a 1965 model with no emissions or air bags or ABS, etc.

That would be awesome! I’ve thought about buying a classic Beetle and getting a Mexican-made new engine put in it, back when VW was still making new engines for the classic Beetle in Mexico.

Of course, what kept me from doing that was that owning a low-emissions Honda Civic was less expensive and more rational. My clean Civic is more practical than a classic Beetle because the emissions tech in my Civic is reliable and efficient. You can’t say that about the newest diesel tech, not yet anyway.

We know the regs are faulty because this situation exists. If the “EPA deliberately left wiggle room” that is still a faulty reg if there are complaints against it, isn’t it?

As for getting the full value out of the machinery with rebuilds, I wholeheartedly agree with that sentiment. Rebuild it until you can’t. That is more environmentally friendly that just scrapping it out.

For every law there’s a work-a-round I guess. I expect the folks doing this believe in the benefits of clean air, but also believe the trucking industry is being picked on and over-regulated. And this is their solution to that problem.

Here in Calif quite a few years ago the state decided to require an additive to diesel fuel for emissions purposes, but that additive had an unexpected result. It caused serious engine damage to a lot of automobile diesel engines from what I understand. Good idea, didn’t pan out exactly as anticipated. In another example, the state required an additive to gasoline called MTBE for emissions reasons, and that it turned out caused a lot of polluted water. Lake Tahoe in particular got hit pretty bad w/MTBE pollution. MTBE was subsequently banned.

Can I boil this down to there being a political dog fight between ivory tower intellectuals writing emissions codes vs Bubba and Billy Bob Trucking who have connection$ with congress? Something an 8th grade drop out mechanic like me can get his head around after a couple of long necks.