… as a result of a recent Supreme Court decision which has the potential to take tens of thousands of truckers off the road. 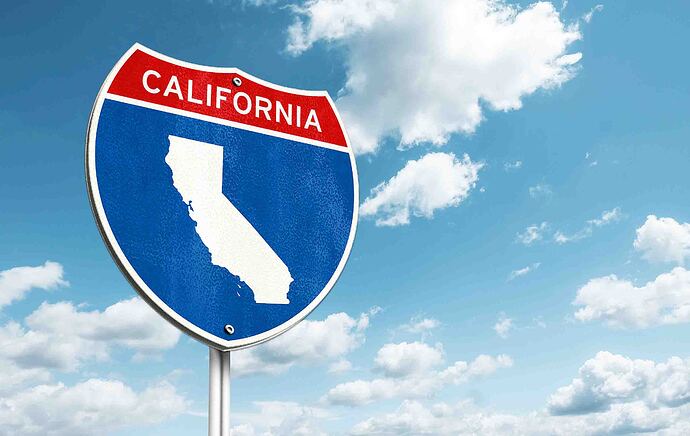 AB5 will be enforced on California's trucking industry after Supreme Court...

WASHINGTON -- The U.S. Supreme Court has decided against hearing the California Trucking Association's case against a worker classification law known as

Considering the current ban on pre 2011 semi trucks entering the ports and the reluctance of trucking companies to invest in new trucks because of the mandate to move to EV semi trucks, this has gone from bad to worse to a huge mess.

Not to mention a mandate that the ships themselves must operate more cleanly… switching to cleaner diesel fuel before entering the area near the port.

Cali is pretty convinced there are no alternatives to their ports for ships from Asia Pacific… and they might be correct.

Have you heard anything about a shortage or price increase of the diesel exhaust fluid? The newer trucks, which I just read about from you, are the only ones allowed in the ports, require this fluid.

There is a shortage of DEF and it surely will affect port trucks just as it will many other trucks shipping goods.

Ironically, Cali’s “green initiatives” for the ports is negatively affecting the manufacture and adoption of electric cars and trucks because the batteries and materials to make batteries comes from China. 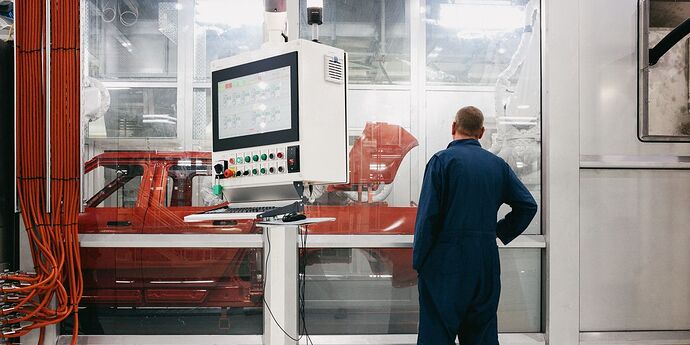 The push for long-range EVs runs up against hard supply issues. One solution? Go smaller.

I remember a friend going through this 40 years ago at the steel mill I worked in. The IT staff had several independent contractors working on staff doing the same work that permanent employees did. The contractors got no benefits, instead getting higher pay. They could structure their own benefits and were responsible for paying all taxes instead of the steel mill withholding taxes and 401K contributions. I don’t recall the exact situation, but the federal government (IRS I think) forced conversion of the indies to steel mill workers or to form a contracting company with several employees in it and that company paid all the taxes. It seems to me that if an indy driver can show that he drove for two or more companies he would be exempted from AB5. This could complicated the industry but might be worth it for companies to avoid additional fees and employees with alternate avenues for benefits to still use the independent contractor model.

The contractors got no benefits, instead getting higher pay. They could structure their own benefits

Or, they could be in the situation of my employment as a Legal Assistant to two NJ Deputy Attorneys General. In order to save money, the state decided that all new hires would be contractors, with zero sick days and zero benefits. And, the hourly wage–for someone with 30 credits past my Master’s Degree–was ridiculously low. I didn’t actually care about benefits because I retained my state health insurance upon retirement, but the pay was paltry.

Part of my job was to walk my completed legal complaints to the Superior Court, which was about 6 blocks away. When I broke my foot, it wasn’t possible for me to do that, and I had to resign because no sick leave was allowed.

I’m not familiar with what is going on in Califonia outside of the poliution restrictions, but there is a fairly complete set of requirements to differentiate contractors from empolyees. Things like the ability to set your own hours, etc. You either meet the criteria or you don’t. I don’t know what the issue was that the court was supposed to look at or on what grounds it was considered a constitutional issue.

I wonder if it may become necessary to have the Army at some point drive military trucks into the ports to pull the containers out of California before more segments of the economy collapse. I don’t think state law can dictate what military equipment can be used. Somewhat in jest but you cannot allow any state to cripple the other states and that is settled constitutional law.

A little over 160yrs ago we had a little war caused by some states and politicians telling what they could or not do in other states some states succeeded but the way California is and has been for some time now with every thing that starts there spreads to the rest of the country I don’t think to many people would complain it they was to succeed or the rest of us would succeed from them.

Heh heh heh. Actually there are some serious and many more unserious people including ny in that. At this point it is settled law to dance with the one that brung ya.
I read one account that suggested the settled law may not have been properly ratified but it is moot at this point. It really is more of an urban versus non urban thing.

Good time today to read the declaration and even Lincoln’s response to Douglas. The last line is the best.

“If it is not true (the declaration and all men are created equal) let us tear it out (of the statute book) no, then let us stand firmly by it”. Even for our California brethren. The shouts and cheers from the crowd are omitted. Too bad it was before tape players.

that is settled constitutional law.

At this point, I don’t think that anything constitutes “settled law”.
Stare Decisis (look it up if your Latin is lacking) has essentially lost its true meaning.

[employees &] contractors… doing the same work … contractors got no benefits, instead getting higher pay… federal government (IRS I think) forced conversion of the indies to steel mill workers or to form a contracting company

Common issue in Silicon Valley. IMO the issue isn’t that the gov’t (state or federal) cares much about the details of the working arrangements. What gov’ts care about, and care very much, is that all the taxes are paid. Especially individual income tax, & FICA taxes for Social Security, and Medicare. Contractors get a big check b/c no taxes are withheld, but some have a very difficult time to not spend all of it as soon as they get it. Then when tax time comes, they have no way to pay the taxes. Creates big headaches for the gov’ts, so it is sort of understandable why there would be gov’t push back.

Much of the Cali issues about contract (or “gig”) employees came from a class action suit filed against Uber by their drivers. Uber defined them as contractors and the drivers wanted the protections of employees. The law was crafted and passed. It effectively destroyed the gig industry in California for musicians actors, Uber and Lyft drivers, and indie truckers; many of whom had NO desire to work as employees.

If you haven’t listened to California’s Democratic leaders (and who can blame you for that), you wouldn’t know that our state...

[employer] defined [drivers] as contractors and the drivers wanted the protections of employees.

That’s another Silicon Valley issue, but less common. I think Google had a problem w/that. Neither employer and employees can have it both ways. Contractors must be treated as a contractor by the employer, and the contractor must respond in kind by paying all the taxes they owe.

And exactly how would that differ from an employee? Given the litany of regulations an employer must follow that does not apply to a contractor… as well as the requirements an employee must follow… some employers and some employees would rather go the contractor route. Each enters into the contract under their own free will. They are far less free to do that now in California. This is to everyone’s detriment.

If Cali was concerned about tax evasion… it will continue under the “Cash is King” economy in any event And it is up to Cali to police that.

And exactly how would [treating someone as a contractor] differ from [as] an employee?

The IRS supplies those regulations. Contractors cannot be told what time to arrive, or when to leave the office for example. Or what days of the week to work. Contractors are allowed to attend meetings related to their project, but must not attend or even be invited to general-employee sorts of meetings, for example a contractor must not attend a meeting whose purpose is to introduce new employees to the group.

The IRS supplies those regulations. Contractors cannot be told what time to arrive, or when to leave the office for example. Or what days of the week to work.

Yeah, that is completely impractical. The contractee is the contractor’s customer. If the customer wants the contractor in the office Monday at 8 am, they better be there or lose the job.

For example; A roofer is your contractee, you’d fire a roofer that doesn’t show up on time.

That first definition makes no sense.

That first definition makes no sense.

Since when does most things in California make sense?

A roofer is your contractee, you’d fire a roofer that doesn’t show up on time.

First of all, not sure what a “contractee” is. I think of the relationship as “employer” or “owner” or “company” with the person doing the work; i.e. the “contractor”.

Assuming you mean the homeowner is the employer and the roofer is the contractor, tend to disagree with your assessment that the roofer better show up on time. If I hire a roofer to complete the roof job within 45 days, the roofer is the person who decides which days to work and which to not work. The roofer’s job is only to do the job to applicable roofing code and within 45 days. As far as the time of day the work is done, that’s determined by local (noise ordinance) code, not by the home owner. The roofer might decide to cooperate with the home owner on work-time only b/c it is in the roofer’s best interest to get referrals. But the roofer wouldn’t be required to do so.

Since when does most things in California make sense?

The item in question is an IRS regulation, and most IRS regulations are hard to make sense of. One time the IRS sent me a letter, containing a whole lot of indecipherable, nonsensical jargon. I’d have needed to hire a CPA to figure it out. Instead I sent the IRS a letter with the exact same jargon in return. They yielded … lol … still don’t know what the disagreement was about.