If Chavez hadn’t died it would have woked

So no examples of where is HAS worked. Ok, just a theory…

It was sarcasm. The point is the U.S. doesn’t have much control over the price or value of oil or gasoline in the global market.

I dunno. My memory is short but seems to me it worked just fine a couple years ago.

That “couple of years ago” much of the world drove significantly less due to the pandemic, thereby reducing demand, in turn reducing the price of fuel.

The control the US has is by supplying more oil. Rig counts are headed steadily up, supply problems are limiting how fast that can happen. Oil rates are headed up:

And the answer is, We’ll be right back. 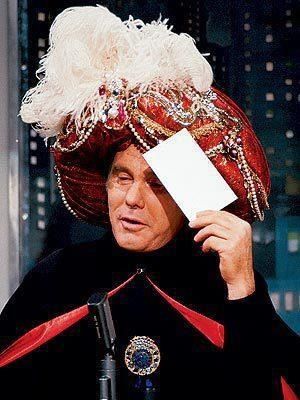 The largest sector of the fuel market loses money on its sale: gas stations. Why? I nominate competition. If I’m right about that (I’m no economist.) the most effective way to decrease fuel prices would be to break up large players. We’d lose economies of scale, but perhaps the money made from economies of scale is going to the large players.

I think Louis Brandeis had it right, Robert Bork had it wrong.

the most effective way to decrease fuel prices would be to break up large players.

Always trotted out at high prices, ignores the low prices that we had just a while ago. If these ‘large players’ had control of oil prices, those prices never would be low, correct?

That “couple of years ago” much of the world drove significantly less due to the pandemic,

The gasoline formula is changed seasonally to reduce evaporation in the summer and for more complete combustion in the winter.

Doesn’t an engine run at the same temperature in summer and winter, so it shouldn’t matter? I heard of additives to prevent fuel line freezing in the winter in cold areas but that’s all I know of.

Doesn’t an engine run at the same temperature in summer and winter, so it shouldn’t matter?

No, the cold start period in winter lasts a lot longer than in summer. But the evaporation issue is the big reason for the different formulations.

Doesn’t an engine run at the same temperature in summer and winter, so it shouldn’t matter?

I don’t want to butt in but engines draw in a lot of air which is generally the ambient temperature, not the engine temperature. Way up in the sky, all that much colder air used to ice up the carbs and down you go.

OPEC production drove down the price of oil in 2014/2015, perhaps to discourage future drilling in the U.S. Now that oil price is high, we increase production. Seems that they control our actions.

It was because US production had more than doubled, several million new barrels a day. Their increase in 2020 really killed prices.

Seems that they control our actions

We also control their actions… we fracked, we extracted shale oil, we became a net energy exporter so OPEC pumped more to shut down US exploration and production. We threatened their business, they affected ours.

Action… Reaction…Action and so it goes from both sides.

The price is determined by supply and demand. An odd thing happened here. There was no real shortage of fuel, the reserves were down but there was no shortages where gas stations ran out of gas.

But as the price went up, the lines at gas stations were getting longer. Longer lines must mean more demand right? So up goes the price.

The state determines the price! Sometimes. Maryland waived the state gas tax of $0.36 for the next month and will revisit the price at that time. I paid $4.159 last week. The price today at the same station is $3.899, only a reduction of $0.26. The price will go down by a few more cents by Wednesday, the day last week when I bought gas, but I’m sure it won’t be a dime less. It’s not just a tax holiday, but a chance for gas stations to make a lot more.

so it shouldn’t matter? I heard of additives to prevent fuel line freezing in the winter in cold areas but that’s all I know of.

It matters… a LOT and it varies a LOT and not just by the season, by the region, too. The article linked below explains the 14 different gasoline blend required across the country at different times of the year…

Enter the confusing, zoned world of winter and summer gasoline. Read more at Car and Driver.

That’s interesting. Summer gasoline contains 1.7% more energy than winter gasoline. They remove the lighter hydrocarbons in the summer to reduce the vapor pressure. It must be the same reason for why diesel fuel contains more energy per gallon.

I doubt that using summer gasoline on a cold winter day would prevent a fuel inject vehicle with strong ignition from starting though. It seems to be more about not using the lighter winter fuel in the summer for environmental reasons.

It must be the same reason for why diesel fuel contains more energy per gallon.

Sort of… diesel fuel has more longer-chain hydrocarbons. Basically it is similar to kerosene. Contains about 30% more BTUs per gallon than gasoline. But to reach the same performance levels of comparable gasoline engines without becoming very large and very heavy, diesels require turbos along with very high pressure (30,000+ psi) electronic direct fuel injection.

Makes them expensive, too. Now add in the latest emission controls and it makes them cost about twice to 3 times a gasoline engine.

Well I don’t like the high prices either but a gas station has only one goal, and that is to stay in business. To do that incoming dollars have to be more than outgoing dollars. As far as cutting the gas tax, kinda what for? But I guess 30 cents is 30 cents but it’ll come out of the road repair budget.

The thing to think about though is if you have inventory on hand that you paid $4 for and then a tanker that you paid $3.75 for, you still have to pay for that inventory at $4 and then the next load might be back up again. FIFO (first in first out). You may want them to operate on LIFO, (last in first out) Most organizations don’t mark down existing inventory just because the new came in cheaper. It’s accounting but it all has to come out in the wash at the end of the year.