There is a big difference between the Fram CH10358 filters I’ve been buying for years and the ones I’ve just received from Canadian Tire, the major Canadian auto supplies store. They look to be about two thirds the size. Am I now supposed to use smaller filters in the same car? Or has Fram somehow mislabelled their box? I’ve posted a photo of the old box, on the right, and the new box and smaller filter I’ve just received on the left.fram filter|690x388 . Thanks.

if it was spin-on filter, I would not worry (for example, 7315 became smaller and it looks like it gets replaced by 6607 smaller cousin), but for the cartridge type it will not fit properly, so likely mislabel or manufacturing error IMHO

The part number probably describes and defines the applications more than it does the size of the filter. But I would have the same question that you had.

Is there such a thing as ( In my humble opinion ) ?

I’ve posted a photo of the old box, on the right, and the new box

Now take a picture of the old filter and the new filter.

My guess is it’s the same filter, just new packaging, gotta save the trees.

Opinions are like anuses. We all have them and most of them stink!

Care to explain why?

Pontiac Vibe
What is the model-year and engine size (1.8L ?).

Are you getting the part number from the car’s Owner Manual? I use whatever filter is specified by the manual.
CSA

Although I know the answer already, I would also like to hear an explanation from John-Bryson of why one should not use Fram filters…

I just use OEM AC and Honda so don’t worry about it. One guy told me to be sure to check inside the box when buying filters where customers have access to them. Seems some folks like to swap more expensive filter into cheaper boxes. Always someone.

I had a Fram spring a leak at the seam 35 years ago, and I’ve never used one since.
I happened to be 700 miles from home.
However, I’m not going to say anyone else should not use one today.

I think they are all drawn steel now anyway without seams but still don’t use them. In the can plant those cans would just zip by the soldering station at about a second a piece so leakers happened once in a while. I suspect it was the same technology back then but can’t remember what they looked like.

What could go wrong? 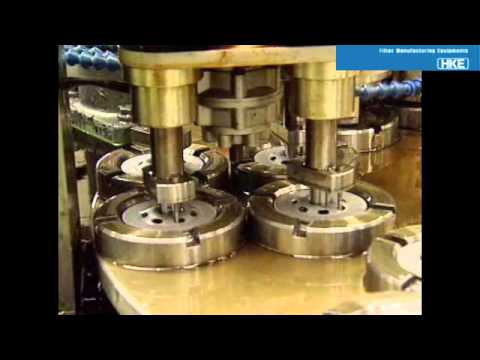 Makes me homesick for the old can plant. Very similar making beer cans. Can still hear the punch presses and cans rattling around. Only difference was all the printing was done before the sheet metal was cut up. Those guys doing the printing made big bucks. Didn’t have any Asians though and no funny writing.

No finger prints? You’ll never know who to blame for a bad filter. PPE should be so quick.

Care to explain why?

Some people are persuaded by these websites who THINK they are authorities.

Fram sells more filters then most of it’s competitors COMBINED. If Fram had problems with their filters then we’d be seeing thousand upon thousands of engine failures every year. They make a quality filter that meets or exceeds the applications design requirements.

As for different size…I suspect it’s GM that’s changing the filter spec. My GMC S-15 had a similar issue. For the 6 years I owned it GM changed the filter recommendations at least 3 times. And all aftermarket filter companies changed with the new spec.

That’s interesting, I suppose, but to my knowledge the O.P. has never responded to my model-year query, so I just grabbed one, 2008, to use as an example while waiting for any response.

this is pretty much what I used to see on my older Mazda, Nissans and Subarus: all of them would use the same filter.

Now, getting old Toyota on “my fleet”, it uses a different one, then new Honda is yet another one…