Was this Ford European car ever sold in the USA? It has such a very unusual shape, don’t think I’ve ever seen one. 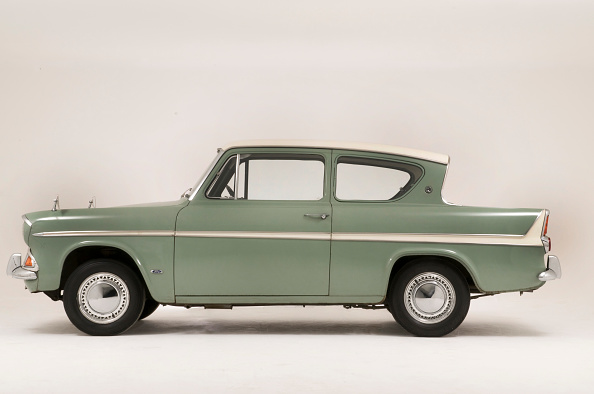 We had a friend back in the 50s that was stationed in England. He just called them English fords, but nothing like that around here that I ever saw. Unlike opels.

I remember other “English Fords” not that particular model. but grew up next to a University. Saw many imports. Bugs were most popular, but Citroens, Renaults, Simcas, and Volvos were fairly common. Many British sports cars too. Poorer students drove Lambretta and Vespa scooters, along with Sears mopeds.

Easier to find a modified one over here, I’ve seen one in person waiting at a local repair shop with a Austin 1800 (aka landcrab)

These were sold in the US, probably in the mid- 50’s. My family did not own one, but we owned a Hillman of the same vintage. It was not so distinctive.
Wikipedia tells much more about both cars.

I think it was more likely to have been the late '50s-early '60s, but–yes–they were sold in The US. They were certainly not common, but I did see a few in NJ when I was a kid.

Even some fairly obscure makes were sold–albeit in very low numbers–in The US in the '50s & '60s. While I was walking to the supermarket with my mother one day, someone drove past us in a Singer, and Mom’s sarcastic comment was, “That’s an appropriate name for that car since it sounds like my sewing machine”.

There was the occasional Borgward sedan, and I even once saw one of Borgward’s cheaper, smaller cars, the Lloyd Arabella. Also, a very few DKWs, and there was one guy in the next town who drove an East German-made Wartburg for a brief time. I think that one was likely brought back to The US by a G.I., because I doubt that Wartburgs were marketed here.

Every year, I used to go the the NY International Auto Show, and even Skoda had a car on exhibit, so clearly they were trying to sell that marque in The US. What was really pathetic was that they brought the same baby blue Skoda Octavia to the auto show for about 3 years, until they finally gave up their marketing efforts in The US as late as the early '60s. Perhaps the most pathetic part of Skoda’s efforts was the display space that they rented at the show. That same baby blue Skoda Octavia appeared each year–in a tiny space underneath a stairway.

NSU was still struggling along into the early '70s, and I can recall the only NSU “dealership” that I ever saw. On a back street in Elizabeth, NJ, there was a small no-name gas station that was also an NSU dealership. They sold the small Prinz model, but that location was gone before NSU introduced their revolutionary rotary engine Ro-80 model. The flawed engines in the futuristic Ro-80 essentially bankrupted NSU, and VW snapped it up at a bargain-basement price.

Edited to add:
During the mid-late '50s, the foreign makes that I saw most often were the Hillman Minx and the Renault Dauphine. Not to say that they were commonplace, but there were definitely more of them in my area than the other makes that were mentioned.

Getting back to the Anglia, I think that they may have been sold at Mercury dealerships. The Ford Cortina (another English Ford) was available from some Ford dealers in The US, and I think that some Merc dealers may have sold Anglias. Similarly, some Pontiac dealers sold Vauxhalls and Buick dealers sold Opels.

Morris Minors we’re fairly common. I still like the styling. They show up occasionally in British Crime dramas, and locally at car shows.
Given enough funds, Would like a Traveller. 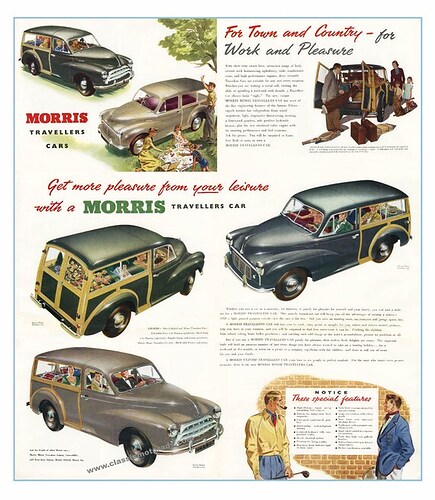 When I was in high school, the family of one of a friend and classmate owned a Ford Prefect. I believe this was the 4 door version of the Ford Angelica.
Two of my college classmates each owned a Saab as did one of my professors. These Saabs had the 3 cylinder two stroke engines. This was back in the early 1960s. Other cars owned by classmates were a NSU Prinz, a Skoda, and Renault Dauphines. Two of the music faculty each owned an Opel. There were quite a few VW Beetles owned by both faculty and students.
Back in 1965, two faculty members at the university where I was employed had DKWs. Three faculty members each owned a Morris Minor.

It was not so distinctive

Sort of makes a person wonder why the designer chose such an odd shape, esp the sort of back dented rear roofline. Compare to the 1950’s Ford Prefect, which imo had a rather pleasing appearance. Click icon below for photo.

esp the sort of back dented rear rooflin 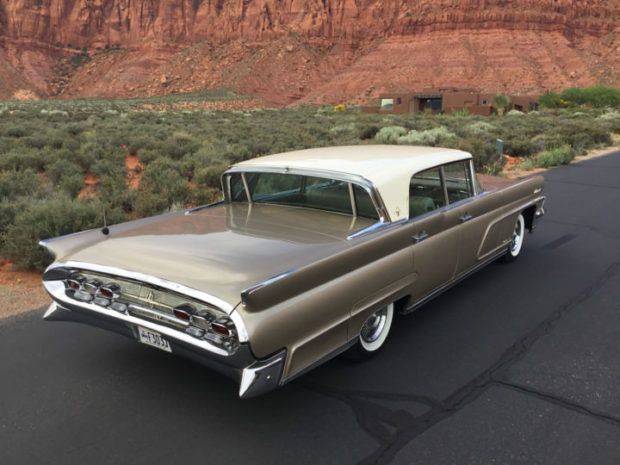 Two of my college classmates each owned a Saab as did one of my professors. These Saabs had the 3 cylinder two stroke engines.

The East German Wartburg and–later–the East German Trabant also used engines based on the pre-war DKW two-stroke design, which–I think–makes that old DKW engine design one of the most enduring ones.

At the NY International Auto Show I remember when DKW began exhibiting their Junior model, which included a convertible. The brochure–which I wish I still had today–stated that the engines for the convertibles were “hand-selected after dynamometer testing”, and were then fitted with two-barrel carbs “for greater power output”. These models had–IIRC–about 5 HP more than the engines in the DKW Junior sedans.

The other English Ford owned by my parents was the Consul. 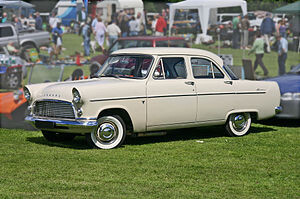 But my favorite from that time was a BMW/Isetta:

Ah yeah. A guy down the street had one of those Lincoln’s. He owned a restaurant and walked to work so it just sat all the time. My dad commuted 50 miles and he always was after my dad to take it to work to get some miles on it. He never did but I loved that car.

What is with you professor types? I’m reading Clarence Thomas book and when he was at Yale, bought an old Volvo. When it conked out going back to Georgia, he bought another old Volvo. I would have said get yourself an old ford or Chevy or something when you are broke.

@bing Back when I was ready to replace my 1947 Pontiac that I bought for $75, a mechanic I worked for by mowing the grass at his house and shop told me to stick with Fords or Chevys. I bought a 1955 Pontiac instead. This was in 1962. This was the first year Pontiac offered a V8, and that engine was unique to the Pontiac and an option on the GMC pickup. That Pontiac was a disaster. I had turned down a 1956 Mercury because the reliability rating by Consumer Reports was better for the Pontiac. The Mercury would have been a better buy because the engine was also offered in the Ford. Parts would have been more readily available and most mechanics at the time had seen a lot of Ford’s Y block V-8.
I didn’t learn from that experience. I bought a 1965:Rambler Classic 550 in 1965. It had 7000 miles on the odometer and the balance of the 24,000 mile warranty. I bought the car for $1750. When I went back to school for my 2nd round of graduate study, there was no Rambler dealer in town. One month after I bought the Rambler, my parents bought a house in town from a couple that was moving to Florida. They were selling one of their cars–a 1963 Ford Fairlane for $1000 and it only had 10,000 miles on the odometer. Parts and service are available everywhere for Fords. When I replaced the Rambler in 1973, I bought a 1971 Ford Maverick. I wanted a common car.
I think my old mechanic friend today might advise me to stick with Toyota or Honda. My doctor wrote on his prescription pad that for my mental health, I should have a Mazda Miata. Mrs. Triedaq took the prescription to get it filled and came back with a Toyota Sienna. She said she had the prescription filled generically.

My recollection include all the car mentioned plus the Messerschmidt where two people sat one behind the other, the Nash and Hudson metropolitan which used BMC engines and many other English parts. The Borgwards I saw were all Isabella models and the DKWs displayed 3=6 on the back. Simca, owned by Chrysler at the time sold a senior model to the Adrone that looked like an English Ford and indeed had a Ford V8-60 flathead in it, I can’t remember the model name though.

Most of these cars suffered in the marketplace because of their pricing. They cost the same or almost as much as much larger American Fords, Chevies or Plymouths and gas was cheap enough that people did not care greatly about the gas mileage.