Now that we have 2 well “prepared” candidates, I am looking for some substance in their respectvive energy platforms, and can’t find enough that would solve America’s energy delemna. Am I missing something?

I don’t think so. It appears neither wants to get dirty by providing a plan people will like, but will not work, or provide a plan that will work, but people will not support. I suspect they will end up talking about this or that which sounds good but does nothing.

This is true, and let’s not forget that no matter how well intentioned either candidate is, he must get any energy policy he adopts through congress - and that’s the real rub. Congress has been abysmal on energy so far, which is one of the reasons that their approval rating is actually below that of the president.

I had great hopes for Nancy Pelosi; so far I have not seen her drive any ground-breaking legislation, even with the commanding majority she has.

I really don’t think that either one of them knows what to do about it. I believe that they did have something to do with the great give away of our country. It is obvious that “We the People” don’t count much anymore except on election years.

We all are missing something and its because its not there.I am very proud of our country but feel cheated that our elected people wont get this going.The slogan “free from Mid-East oil” here as long as I can remember,must get a program going now.Give me some hope and action.

Possibly. Ignore the man behind the curtain!

But you probably aren’t missing much. They will hint at something to see if the public picks up on it. If we do, they may expand on it. If you want to know more, write them and ask specific questions. Who knows - they might actually pay attention. Thoroughly modern fellows that they are (or their staff is), you can email them from their URL. Personally, I don’t think either will develop a comprehensive energy policy because we can’t stomach the requirements. And just what should the requirements be? BTW, I’m paying $0.30 less per gallon than I was 2 weeks ago, and I’ll wager that prices will go down maybe another $0.50 or so by the end of September. And maybe more. A couple of energy experts stated that the oil companies thought that light crude should be selling for $80/barrel in their last annual report. That indicates the prices could drop by more than a buck after speculation subsides.

My glass is half full. But I’m not buying an Escalade.

If things work the same as last election, prices on gas & fuel oil will go down until election day. Will SUV sales go up next month? Whoever becomes the next boss won’t have a clue about anything. They are both Senators and they may not know how to run anything. At least they know how to blame the previous guy. They been workin it.

The problem is that your question is based on the assumption that this is a problem a President can solve. Personally, I think this is the natural evolution of a global economy, and no President can stop such a force, no matter how powerful he is. Economic growth in China and India creates pressure on demand, which will happen regardless of what any candidate for President tells you. You can’t un-ring that bell.

When it comes to the economy, it is a mistake to look to any President for the answer. We all need to look at our own energy consumption and continue to reduce it.

Jeremy, I appreciate you response; we cannot control world oil prices or demand development in other countries.

But to save the US economy and dollar fom crashing, oil imports have to be reduced quickly. This is the tough medicine I expected from a national leader. Norway, a significant oil EXPORTER, has many rules in place to curb oil and other energy consumption for environmental reasons. It has the most expensive gas of all developed countries at $8.50/gallon! So, Norwegians look at their own energy consumption, as you say, and find that because of the imposed taxes on gas and gas guzzlers, they cut back.

This is the leadership we need; several previous posts, and Tom & Ray proposed tax focused on reducing demand through selective taxation.

The automobile is more addictive than any drug, and all developed countries now selectively control its design, purchase and operation to meet the needs of the national economy and public well being. Such a program also included financing public transit where feasible.

It seems California is the most aware of the need to control the car culture for the economic and general well being of its population.

Whether you like Boone Pickens or not, he rang the alarm bell on the skyrocketing oil imports, with no real money to pay for them.

While I agree we should raise taxes on oil, I don’t really see that as the road to economic recovery. I think I would rather see us pay down the outrageous 482 billion dollar deficit and end the war in Iraq. Those things affect our economy as much as fuel prices and are within the grasp of our control. We need to be willing to pay higher taxes so we pay as we go. Anyone who supported a preemptive war in Iraq should be willing to pay higher taxes to finance it. Anyone who was against the war from the start should be exempt.

No doubt the Iraq war is a millstone around our necks, so get out ASAP! But, as pointed out in other energy pricing posts, taxes levied on gasoline and other liquid fuels can be refunded elsewhere, for no net increase. Every reduction in the value of the dollar will raise the cost of living and reduce US living standards!

As much as I dislike paying $4 for gasoline instead of $1 or $2, I can cope with that more easily than with the kind of mess politicians are likely to create.

Richard Nixon gave us the 55 mph speed limit which saved a negligible amount of fuel and wasted millions of hours of peoples lives. (I survived that due to good luck and a state of the art radar detector.)

Jimmy Carter imposed a windfall profits tax on the oil companies which discouraged production at the very time we needed more.

When gasoline supplies were tight, the federal Department of Energy tried to manage its distribution. The result was shortages in some states and surpluses in others. (I was lucky enough to live in a state with excess gasoline.)

Not withstanding his other faults, George Bush is willing to eliminate the prohibition on drilling in ANWAR and off shore. Neither of the candidates nor Congress has even that much sense.

Given their abysmal record so far, the best politicians can do for us is stay out of the way and not make the situation worse.

As others have said, be careful what you ask for…in Great Britain, they’re considering monitoring devices in cars so you can be taxed according to when and where you drive- say $1/mile at rush hour on a busy freeway, $.05/mile on a country byway at 2 pm. Big brother, indeed!

Richard Nixon gave us the 55 mph speed limit which saved a negligible amount of fuel and wasted millions of hours of peoples lives. (I survived that due to good luck and a state of the art radar detector.)

Actually it saved BILLIONS of gallons of gas. For a while right after the 55 was implemented we started to have a surplus…gas prices started to drop.

Jimmy Carter imposed a windfall profits tax on the oil companies which discouraged production at the very time we needed more.

During the Carter administration we started to have a surplus of gas. There was no need to increase production.

Not withstanding his other faults, George Bush is willing to eliminate the prohibition on drilling in ANWAR and off shore.

And that will do NOTHING for the price of gas. Not to mention that the oil companies already have drilling rights to millions of acres of untapped oil they REFUSE to drill in.

Given their abysmal record so far, the best politicians can do for us is stay out of the way and not make the situation worse.

Given Exxon’s abysmal record I sure don’t trust them do do the right thing. They are in the futures trading market of oil to drive the cost of oil UP…they REFUSE to build any new refineries or update existing refineries because it will cut too deeply into the $2m/day profit per refinery.

I keep hearing this ‘oil companies have millions of acres of untapped oil’. Wrong, they have leases on the remaining high-risk, low potential areas in the US that folks have ignored for the last 100 years of oil production, typically for good reason. Onshore US drilling prospects are high cost, and unlikely to produce significant volumes. Oil companies have to put thier development $$ to the best use.

As for ‘refusing to build refineries’, the government has declared, through the disasterous ethanol mandate, that a large % of gasoline will be replaced by ethanol. Would you spend billions when the government is doing this? Also, refineries are not very profitable these days. 75% of the price of a gallon of gas is for the crude, at least 10% for taxes, leaving 15% to refine, ship, and sell.

“No doubt the Iraq war is a millstone around our necks, so get out ASAP!”

Everyone, including the current administration, wants to get out ASAP. The rub comes in determining what “possible” means. What does it mean to you?

Also, refineries are not very profitable these days. 75% of the price of a gallon of gas is for the crude, at least 10% for taxes, leaving 15% to refine, ship, and sell.

You haven’t a clue…I suggest you take a look at the P&L statements of every single oil company. Their profits are WAY WAY up. 10% for TAXES…depends on the state…and Taxes have NOTHING to do with profit. Taxes are above and beyond the cost to the oil companies…WE THE CONSUMERS pay the taxes…NOT THE OIL COMPANIES.

Here are few links to chew on…

Refinery profit margins double in West / It's one reason price of gas in...

[...] the margins can be tracked, roughly, by measuring the difference between the cost of the crude oil refineries use and the price they charge for their finished products. Gasoline production always dips in February, when California refineries... 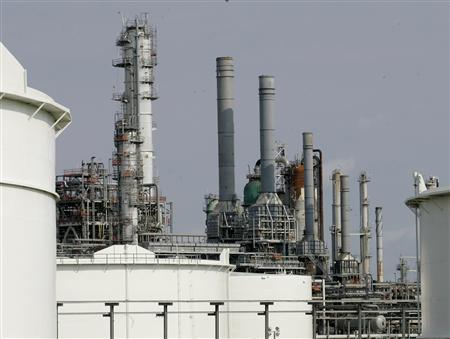 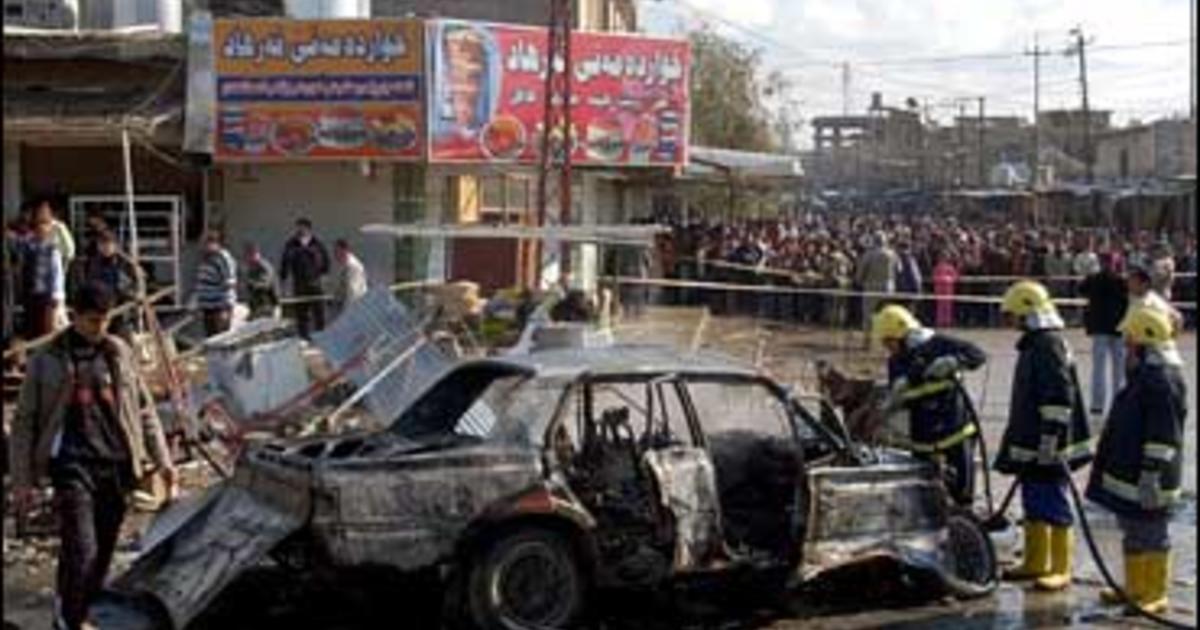 Let me get this straight - you base you opinions on refinery profits on year-old financial reports and 5-year old memos? My point is that, with only 15% of the gas price going to pay for shipping, refining, and marketing, there’s no huge margins out there to trim. Of course we pay the taxes on the pump prices. And the oil companies pay taxes on their profits. Exxon makes about 10% profit, good, but nothing out of the ordinary for a successful business.

Let me get this straight - you base you opinions on refinery profits on year-old financial reports and 5-year old memos?

Actually no…I base it on my Exxon news letter I get every quarter because one of my funds has Exxon in it’s portfolio.

And they want MORE. They are going to sell off their gas station business because it has low profit margins. 10% for a manufacturing company is EXCELLENT. Only service companies or software companies make higher profits. Even Microsoft which really doesn’t manufacture anything…has a profit margin of 28%.