… with only minor injuries. Amazing! 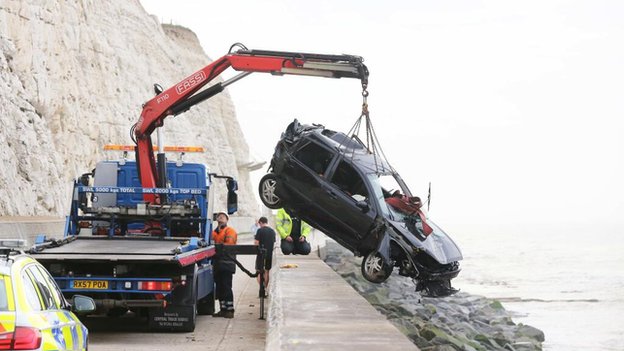 A man has survived an 80ft (24m) cliff fall after his car left the road and plunged into the sea near Brighton.

I wonder if the car was totalled?

And in other news, 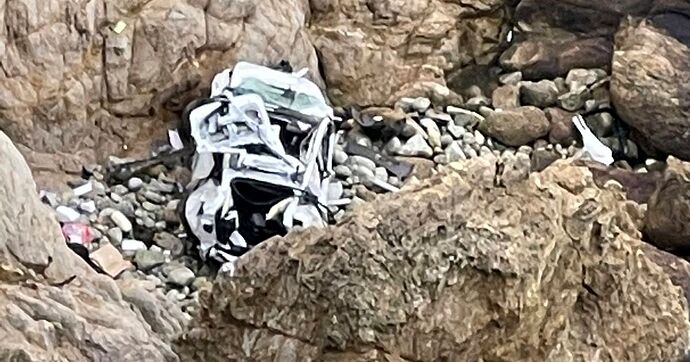 “We go there all the time for cars over the cliff and they never live,” said Brian Pottenger of the Coastside Fire Protection. “This was an absolute miracle.”

Like the suburban with lesbo couple that drove off cliff with kids. Only better outcome.

I wonder if the car was totalled?

Can’t tell from that picture, need to check with the insurance agent.

Hmmm… One would think that filing a Lemon Law complaint would be easier, as well as less dangerous.

He’s been charges with attempted murder and child endangerment.