Does it come with ejector seat?

The removable panel over the passenger seat is an.option but no specific mention of the ejector itself.

That’s the great thing about hand built cars. You can build anything you want. Maybe they still have the dies in stock for the body panels, and a lot of the rest doesn’t need to be exactly the same. I’m thinking about engine, brakes, suspension, and interior. On the down side, it’ll probably cost $250,000 or more. Beautiful car, though.

I had a ride in an Aston Martin once. An executive at the company I worked for in the 1970s brought his to a management dinner and offered rides. I took him up on it, of course. 5 in the car and low speed roads, so I didn’t get the full experience. Nice car, though.

No dies but the same process used to build the originals.
“The cars are built at Aston Martin’s former plant in Newport Pagnell, which today serves as the automaker’s classics center. The former plant is where Aston Martin built the original run of 898 DB5s, and some of the same techniques used for those cars, like hammering and rolling of body panels, are being used for the modern examples. Each car takes about 4,500 hours to build” 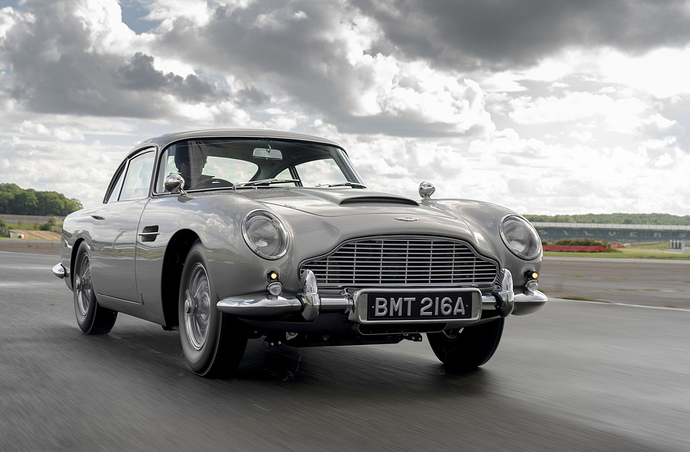