Does anyone care to elaborate?

Does anyone care to elaborate on the little horsepower vs big horsepower debate?eg;truck HP vs car HP.Are we clear on the difference between force and power?Should we go to a better system for expressing power output?KWs for example?it does get a little confusing(by the way thanks Carolyn)-Kevin

A few years ago the markings on small motors (lawn mowers, etc.) was changed and now I’m more confused by the new numbers than the old ones. Any changes to the current system of power ratings for cars and trucks isn’t going to help IMO. The people that are confused by torque and HP numbers are going to be just as confused or more confused by another system.

Propose what you think is a better system? I’m fine with what we have now.

You are not going to solve the torque vs horsepower problem by changing units. It’s a physics problem that is unsolvable because consumers don’t understand the difference.

@UncleTurbo There was a class action lawsuit involving lawnmowers a few years back, over the stated horsepower and what was actual horsepower. Apparently some of the mfgs. were claiming more HP than their units had. Now I think most of them just give the engine size in CC’s.

As a byproduct of changing from HP to torque, the peak torque usually comes in at a lower RPM than the peak HP, which means it is more representative at the operating RPM, usually 3600 RPM. And its a bigger number, customers are always impressed with bigger numbers, even if they don’t understand them.

Changing from HP to kW is a meaningless change, as 1 HP = 0.746 kW. You’ll change the number and the unit, but the information behind it is identical (I prefer SI myself, but that’s irrelevant).

Better info is gained from looking at HP/weight. Or torque, which is really what most people care about in daily driving, not power.

But even more valuable is knowing the torque curve. Would you rather have a Taurus SHO engine’s 350 lb-ft of torque or a Lexus IS-F engine’s 373 lb-ft? It’s a bit of a trick question - the Taurus weighs more, but its torque curve is FLAT… meaning that you hit 350 lb-ft at nearly all operating rpms… whereas the IS-F’s is not. The curb weight difference in this case overcomes the torque disadvantage of the IS-F, but if you had the option to swap engines, the lower-rated SHO engine would arguably be more desirable…

I was unaware that such a debate even existed except as a point for technical discussions. There are so many variables involved in whether torque and/or horsepower manifest themselves as better performance that it seems academic. I’ve driven vehicles with 160 HP that are much zippier than other vehicles with more HP. Perhaps they’re lighter, perhaps they have more gears, perhaps they have different gear ratios. Perhaps I’m closer to the ground and just FEEL like I’m going faster.

I recall reading an article written by Jay Leno about driving a Morgan three-wheeler. He said he went tearing past a cop with a radar gun and was certain he’d get pulled over, so he stopped on the saft shoulder waiting for his ticket. The cop never came. He turned around and went back to ask the cop why. The cop said “you were only doing 40”.

I’ve had exactly the same experience driving MG Midgets and Fiat X-1/9ths. I’ve felt like I was tearing down the road and looked at the speedo to discover I wasn’t going nearly as fast as I thought.

Truth is, I believe you can get all the information you need about the power of an engine through the seat of your pants. The numbers, whatever they are, are only for the technically inclined.

There is no difference between truck HP and car HP as far as the unit of measurement goes.

Okay Guys I’m aware of the the difference between power and force, alot of heavy Diesels are rated in kilowatts and the torque output in Newton Meters-When I’m looking at generators I always estimate the horsepower of the prime mover by using a factor of .33(works out pretty close)I guess what I’m really trying to find out is,will a 300 hp engine with say 300 lbs ft of torque move a load down the road the same speed as a300 hp engine with1200 lbs feet of torque(watts are a measure of capacity to do work) and what is SI?-Kevin

Yes, but the lower-torque engine will take longer to get it to that speed due to lower low-end acceleration. There’s an old racer’s creed that applies here:

The answer to your question about the two engines depends on what you mean by "move a load down the road the same speed ". The relationship between HP, torque and shaft RPM can be expressed by the formula:
HP=(ft-lbs*rpm)/5252
With both engines producing an output of 300HP, the 300 ft-lb engine would be turning 5252 rpm and the 1200 ft-lb engine would be turning 1313 rpm. With direct drive to the same size wheels no the two would not move down the road at the same speed. Matching the speeds and and torque would require gearing one of the engines up or down depending by a factor of 4:1.

Your question suggests another question. If horsepower is horsepower why can’t you replace a 300hp OTR truck engine with a 300hp car engine? Or for some why can’t I transplant a motorcycle engine into my car? The simple answer, it has to do with design life and weight. Engines require a trade off between designing components for high torque, usually heavier, and for the stresses of high rpm where heavier is a severe disadvantage. Car engines, more so for motorcycle engines can be designed lighter and for higher rpms because they rarely need to produce their peak horsepower for extended periods of time. Take the theoretical 300hp car engine gear it to produce 1200 ft-lbs of torque and it will be running full throttle at 5000 rpm. It might drag a load of pig iron over the Rockies without breaking but it might not.

You don’t gear an engine to produce high torque. You design the engine with longer stroke to produce high torque. The reason a 300hp car engine wouldn’t work if you swapped it into a semi is because the semi has a lot more torque than the car engine. Without getting too much into physics, torque is a useful measurement at low RPM (such as when you’re accelerating from a stop). Horsepower is a useful measurement at high RPM. So the 300hp car engine is totally useless for hauling a semi trailer because it doesn’t have the necessary torque - this is also why diesel locomotives are actually electric locomotives which derive their power by hooking a diesel generator up to electric wheel motors - electric motors develop max torque at 0rpm, which makes getting a mile-long train started a lot easier than if you had to get that torque off of a standard engine configuration.

We should also note that horsepower output of an engine varies with RPM. Whatever horsepower the engine is listed at is its maximum horsepower, which comes at a certain RPM, which is why you’ll see in car reviews, for example, “300hp at 5600RPM,” so even if you assume any 300hp motor can haul that load of pig iron, you’d have to annihilate your clutch trying to engage the transmission at the RPM where you actually GET that 300hp.

Thanks guys,but still some of what I was getting at is still vague,how can a motor have gobs of torque and very little horsewpower?-Kevin

Hmmm. All I look at is the cubic liters and need to convert it to cubic inches of displacement (350=5.7). Its just a comparison of the size engines and horsepower to me is really not a factor. Maybe if I were pulling horses or something or plowing a field it might be important.

It’s limited to how high it can rev.

HP is a function of torque and rpm.

HOWEVER the usable HP at the lower RPMs will be greater for the vehicle with the higher torque. For engine #2 you need to get to much higher RPMs to have more HP.

Does that explain everything? the average or standard definition of horsepower is a bit confusing-thats why I like KW,it seems to me like when you gear down to increase torque you lose horsepower-but I realize the power output of the prime mover remains the same,it seems to me like thats one reason small engines dont necessarily get better mileage in a heavy vehicle because you cant cheat thermodynamics-Kevin

KW is just HP * constant, they behave identically with rpm.

As has been pointed out, the key is rpm, big torque engines often deliver that torque at low rpms, while low torque engines can still put out more hp if (like a motorcycle) they rev to high rpms.

Alright. Let’s see if I can explain this without stepping on myself

Horsepower is a measurement of how long it takes to do X-amount of work. 1hp can do 33,000 ft/lb of work in 1 minute.

So let’s take a look at those extremes:

In the first example, we have one piston which is 1hp because it can do 33,000 ft/lb of work in 1 minute. But it travels a really long distance to do it, and it travels that distance over the span of one minute. Now picture the output shaft of that engine, which turns 1 revolution every time the piston goes up and down. Hook it up to a car and picture how fast you’d go.

In the second example, we do the same amount of work, but the engine is turning much faster, which means the output shaft of the engine is spinning much faster, which means when you hook it up to the car, the car will go faster - but it will take longer to get up to top speed than it would if you increased the torque. Incidentally, this is how F1 engines work. They’re really small, and have ridiculously short piston travel, but they have a lot of cylinders spinning the engine at nearly 20,000 RPM, so they’re able to turn the wheels very fast. Their 0-60 isn’t nearly as good as if their engines were larger, but in that application it doesn’t matter, because about the only time you’re anywhere near as slow as 60 in an F1 car is when you’re pulling in to the pits for gas (and it’s still pretty impressive because an F1 car is so light).

So if you have a motor with really long cylinders, you get a lot of torque, but the horsepower isn’t as high as you’d think from an engine that size because the pistons can’t travel from one end to the other as fast, and so the output doesn’t spin as fast. However, this doesn’t matter because vehicles that need huge amounts of torque never need to go all that fast - we’re talking about semis, and ships, and other large, heavy vehicles like that.

If you have a motor with really short cylinders that is capable of spinning very quickly, you get a lot of horsepower, but very little torque. This is also known as a Honda.

Best explanation yet.but can we agree it takes x amount of fuel through the prime mover to generate the required power? Which in a round about way has to do with the chemical energy contained in the fuel
?-Kevin

This DKW engine has 125cc and can produce over 20 hp

but weighs as much as the DKW rider and all.

This is a prima donna in the horse world

This is a work horse 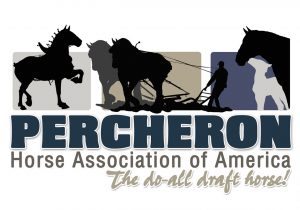 Percheron Horse Association of America's home on the web