Does a re-build of a starter do more than replace the brushes?

I don’t see anything else electrical that can be replaced, without replacing the whole thing.

Appears to be done on a Ford Ranger but is general enough. 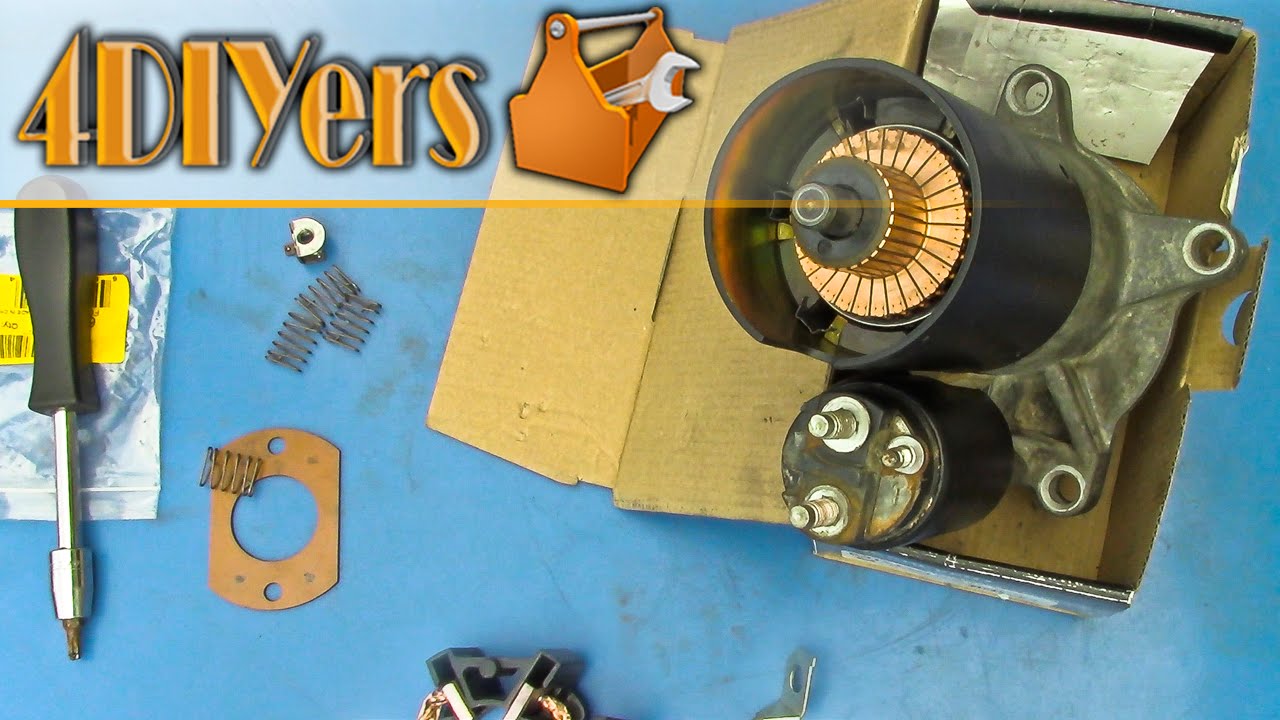 Remember a machine that rewound the wires. It worked for alternators also.

Why not call a shop and ask what they replace? I’m sure the solenoid contacts would be included, along with bearings and bushings.

An auto electric shop will give your component individual attention. What’s OK, with long life ahead, will be kept. What needs repair or replacement will be repaired or replaced.

The Denso starters used on Toyotas and other car makes most often need attention to the 2 solenoid contacts, that get worn and blackened, and the disc on the end of the plunger, which gets pitted and blackened. Just cleaning those surfaces and bending the contacts toward the disc will get some more life out of it. New contacts provide longer life expectancy.

Appears to be done on a Ford Ranger but is general enough.

Had already watched that. He has the direct drive type, and removed the solenoid, too. He tested the armature, found it good, so the only thing he replaced on the electrical part of the motor was the brushes.

a machine that rewound the wires.

I’m sure the solenoid contacts would be included

I removed the starter motor, not the solenoid. As near as I can tell, the solenoid is held on with screws. I can just barely get the tip of a screwdriver into them, can’t get enough push to apply enough torque to budge them.

The ones I remember have the solenoid attached to the side of the starter motor housing. You remove the whole unit, then can take apart whatever you want to.

So you’re saying you only took off the black part, not this whole thing? Everything else is still on the truck? 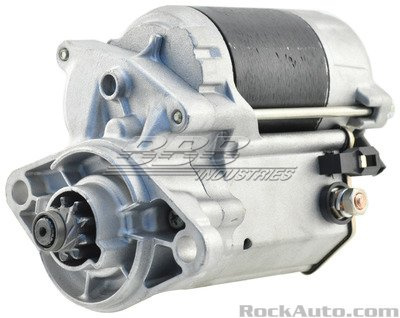 A rebuild of a starter only replaces parts that are worn out of spec.

All other parts are reused.

So you’re saying you only took off the black part, not this whole thing? Everything else is still on the truck?

You took off the starter motor, but you didn’t remove the solenoid and drive gear and housing. All of it needs to come off.

You took off the starter motor, but you didn’t remove the solenoid and drive gear and housing.

Whoops! No wonder it doesn’t look like the pictures at the Zone of Auto. Thanks. Why can’t I get just the starter motor tested?

Does that include re-winding the armature or field? My question was what parts they would repair or replace, at what point they would give up and replace the entire thing. I’m guessing they don’t re-wind in a shop but replace the whole starter and send the parts back to a factory for re-use. The Zone of Auto quotes prices that count a $40 discount for a trade-in of the ‘core’. 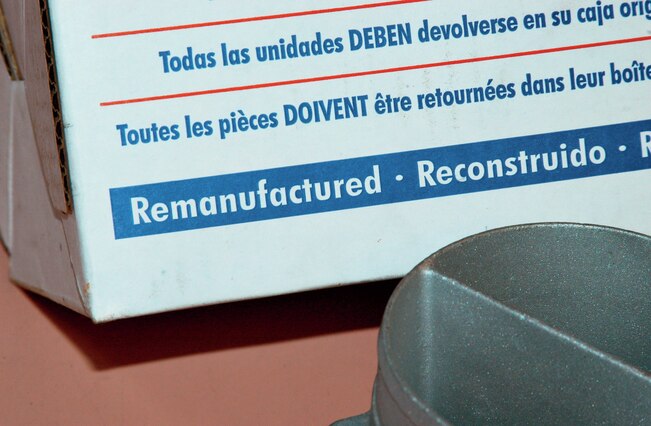 Picking parts for your Corvette? We explain the differences between remanufactured and rebuilt components so that you make sure you're getting what you're expecting.

As near as I can tell, the solenoid is held on with screws. I can just barely get the tip of a screwdriver into them, can’t get enough push to apply enough torque to budge them.

This is what you use to shock those screws loose 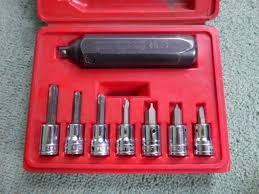 To be brutally honest . . . I’d stay far away from ANYTHING that’s even remotely electrical sold under the Autozone brand

This is what you use to shock those screws loose

My problem is the cramped quarters. Perhaps if I had a lift and could stand underneath I could find a way to maneuver such a device, but there’s no room to swing a hammer, for sure, in any condition. It turned out that I wanted to remove the housing instead, which is a bolt and a nut.

I’ve had good luck with their stuff. I’m willing to spring for a name brand. I go to them for the free testing.

Chilton sez 2 nuts hold it on; their picture shows 2 bolts. Mine had a nut above and a bolt below.

Why can’t I get just the starter motor tested?

Your problem is most likely the solenoid contacts, which are in the part still on the truck, so it needs to come off.

I would suggest using garnet paper instead of aluminum oxide or emery to clean up the commutator and seating new brushes. At a seminar from a major carbon brush supplier, the company warned that aluminum oxide embeds in the commutator and causes rapid brush and commutator wear. If the commutator only has a dark film, leave it alone, that’s called a patina and it is actually a barrier to wear. DC motors that are run at light loads often do not have the brushes get hot enough to form that patina and it results in rapid commutator wear.
If the armature has a short, you’ll know it. On a permanent magnet field motor, just spin the armature with the brushes lifted, if it feels like you are stirring cold molasses inside the motor, you have a shorted armature.

Usually only selenoid contacts are needed. Brushes only for units w a lot of use. But not overly difficult or expensive so if brushes in question replacing worthwhile. Bearings, armature best to replace unit.

True, I’m probably never going to rebuild a starter motor myself but I thought it gave a good explanation of the steps involved. I don’t believe we’ve had to replace a starter motor on one of our cars since my brother’s 1984 Honda Civic back in the 1990’s. More likely to have the trusted mechanic put one in.

I measure 1Ω through the solenoid’s coils. I draw a spark when I apply 12V but the plunger doesn’t move. Is 1Ω low?

On the other hand, the contacts look pretty good.