Not trying to be political here, but as I watch one of the televised auto auctions on TV, I ask myself what will happen to the collector car hobby if and when the New Green Deal comes into play? Will these multi-million dollar cars become scrap metal? Will the auto museums become a place to simply remember what a car was? Will the exotics and muscle cars become tar pit artifacts?

Will the exotics and mussel cars become tar pit artifacts?

Seriously ? Maybe in 100 years . I really hope you are not against some of the energy providing systems that do not require massive amount of fossil fuel .

And I have never seen a ( mussel ) vehicle .

Let’s not kid ourselves here. We live in a country that’s run by the Golden Rule: He who has the gold makes the rules. People who own and drive classic cars are generally very wealthy, and the kind of people who have the resources to make campaign contributions (aka bribes) so I wouldn’t worry too much. Even if the Green New Deal comes to pass–and I pray it does not–there will be an exemption for classic/antique vehicles. 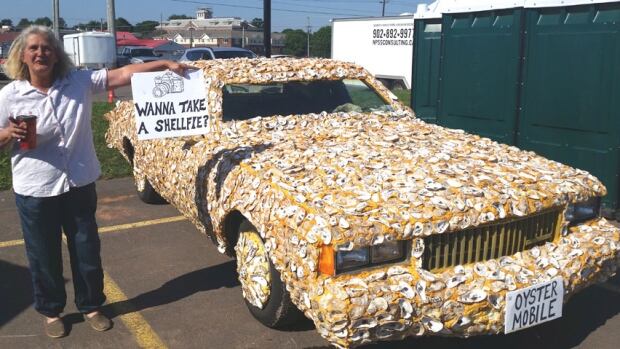 A lot of the vehicles on the road today will be on the road 20 years from now. There may not be as many gas stations as there are now in 20 years, but you won’t have to drive 50 miles to find one. Besides, there are not many electric vehicles available today. It’s going to take a long time before they replace ICE vehicles, if ever.

I guess we could use cars for what so many people use them for here in Los Angeles… homes to live in. Sad but true.

And no, I am not against clean energy, but on this blog we have an interest in cars and I was just curious because The New Green Deal seems to do away with fossil fuel vehicles in a few years. Just think…No more TV shows about cars. Maybe no more blogs about cars. And maybe no more “needless” Car Talk?

That assumes there are no cars… Teslas are cars, right? Bolts, Leafs, BMW i8s are also cars. They just have different propulsion devices. The earliest speed records for cars were set by electric cars and later steam cars. There are folks building electric drag cars. There is an electric formula racing series (Formula E). There is no reason to believe that will all go away.

I think people will want personal transportation no matter what powers them. Europe has great public transport but they also buy lots of cars. 30 years ago a 2 car German family would have been a rarity. Today it is not. Japan has a great public transit system but their custom and performance car culture rivals the US.

As far as fuel is concerned, I believe it will be available into the foreseeable future.

+1 to Mustangman’s comments.
And, as bcohen pointed-out, there will be exemptions for antique and collector vehicles.

Automobiles will come to a glorious end in a Thunderdome scenario dontchaknow.The last of the world’s big blocks burning the last of the world’s gasoline getting wasted in fiery post apocalyptic duels will close the automobile era in a grand style. None of this namby-pamby fading away to rust in old museums. It’ll be on television and the www for those with wifi.

Don’t believe everything you read. Since 3rd grade Weekly Reader I’ve been waiting for the world to collapse. If it ever does happen, you’ll have to swim to Europe or wait till they get the train bridge done. Pack a lunch. I’m starting to wonder if it’s something in the water or all the LSD from the 60’s that passed into the next generation like Agent Orange or something. Maybe it’s just sane people stay out of DC.

Since 3rd grade Weekly Reader I’ve been waiting for the world to collapse.

My father, who was born in 1910, said that when he was in his teens, he read that the world would run out of petroleum by the 1950s or 1960s. Sometimes, predictions are just wildly inaccurate.

The Green New Deal is largely aspirational and as long as Mitch McConnell is alive it won’t happen in any meaningful way. Don’t worry.

It’ll be on television and the www for those with wifi.

Remember the spoof TV show in Robo Cop? “I’d buy that for a dollar”!

My critical view on collector cars is that the average future gear head will need to appreciate the photographs and videos of all the grand super cars, etc. The few real show class running models of today’s performance cars will be in the hands of billionaire collectors who buy then as investments and occasionally pour in a couple of gallons of black market 90 octane to take a run around the neighborhood. EVs and mass transit will likely grow while a great many suburbanites give up on the stress of commutes and move into the cities where they work.

The New Green Deal seems to do away with fossil fuel vehicles in a few years.

They’re gonna take your guns away too, so head for the bunker…

275 million licensed cars now. And 250 million in junkyards. And fields. And barns. And back yards. Let’s say 500 million cars. Going to be a long time before they are gone.

Roadkill has a lot to work with.

Or is it the Biden vp chick?

The 1950s called. It wants its misogyny back.