1: My pickup now won’t start when I first pump the clutch, I have to release it and press down once more to start it. I know it has to be something with the clutch because it doesn’t struggle to start save for this issue. Also, this is new and we have had a heat wave (doubt its of any impact but). All the wires around the key and that are connected.

2: my clutch occasionally sticks for just a second halfway up them comes all the way up. I have checked the resivoir and have had to refill it which fixes it. However I suspect a leak somewhere, and thus possibly an air pocket. That may cause my starting issue if the clutch isn’t working right.

3: since my Haynes manual doesn’t say, how much brake fluid does the clutch hold? I want to drain it and refill it and see if this helps temporarily.
also it says DOT 3 heavy duty, is there a heavy duty dot 3 or?

4: The Transmission says it uses MERCON tranny fluid. I think its castrol or quaker state that has this. So long as it says MERCON or MERCON V it should be good right?

The first problem is probably with the clutch pedal inter-lock switch.

This switch prevents the starter from operating unless clutch pedal is depressed.

You shouldn’t be losing any hydraulic fluid from the clutch system.

One place to check is the inside of the firewall where clutch pedal rod passes thru.

The master cylinder may be leaking, and the fluid is running down the inside of the firewall and under the carpet.

I haven’t seen any leaks but its also super slow to do so. Every couple of months I have to refil it a little.

Also, where is this switch at or where abouts should it be? And if you know what might it look like?

Any recommendations on fluids?

The switch is above the clutch pedal

DOT 3 brake fluid is used as the hydraulic fluid in the clutch system.

Ah ok. Thank you. While im down there im going to replace the bushings for that rod, that could be a partial source of trouble considering the truck is a little hard to shift sometimes.

Found the link below after you told me what it was called. Sorry to make you work a little more than necessary

When you say it doesn’t start until you pump the clutch pedal, do you mean it doesn’t crank, no rrr rrr rrr sound? If so, Tester is correct, likely the clutch safety switch. If it cranks ok, but won’t catch and run, that’s a different issue. The clutch safety switch is there to prevent a situation like where you go into the 7-11 for a big gulp and leave the kids in the truck. While you are gone, they might turn the ignition switch to see what happens. B/c they aren’t pressing on the clutch pedal, nothing happens. If that switch failed in the always on position, the kids might turn the ignition switch & drive the truck through the door of the 7-11. I’ve had to repair that switch on my Corolla before.

I will before too long. In all honesty im going to start getting ready to start going down a list if I can. Replace all the fluids, replace hose lines and such. Grease bearings and anywhere else that needs grease etc etc etc.

I poked around down there, and sure enough its either the switch going bad and or the bushings are done in. (See photos) the end where that rod connects can almost pop off, so Im pretty darn sure thats the issue. 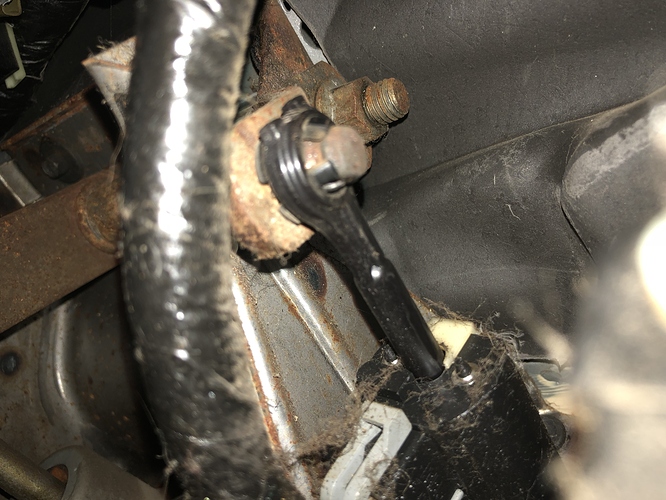 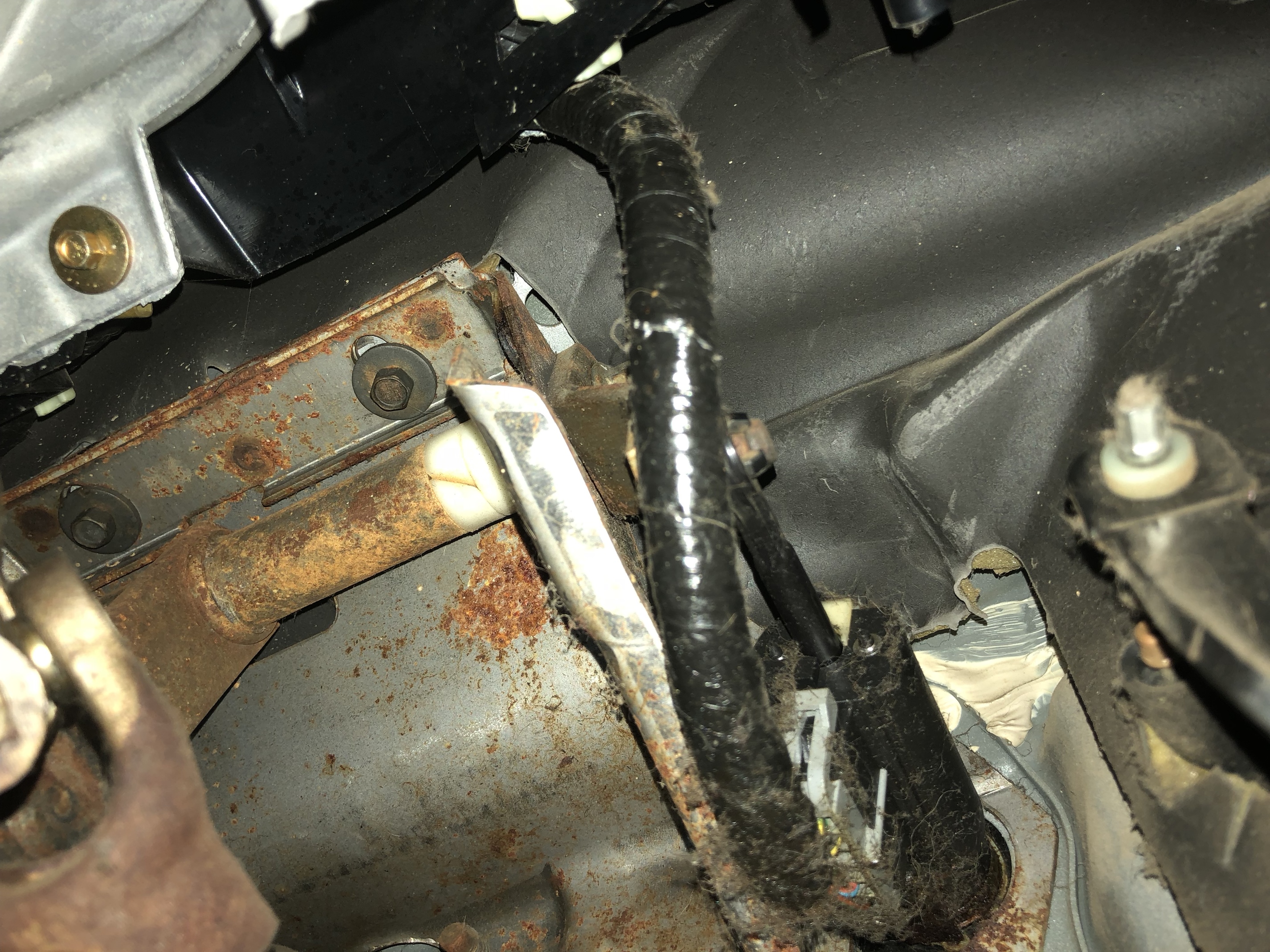 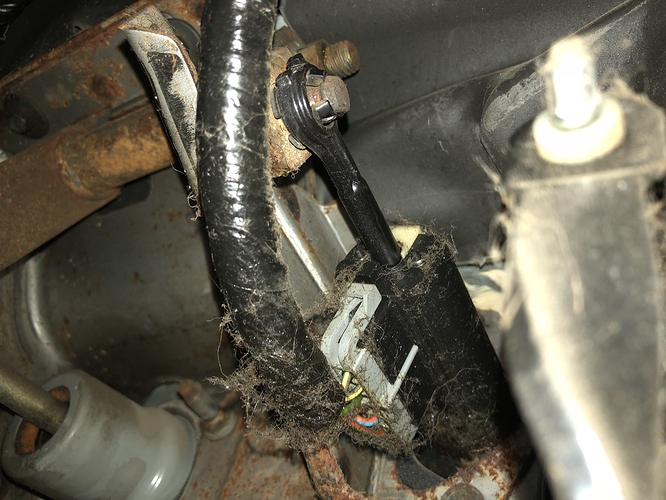 That is the clutch master cylinder.

I most likely will. That’s probably what’s leaking too.