I’m looking for a puzzler they did about checker cabs - one where a bet was placed about being able to tell the difference between two cars built 10 years apart. Apparently Checker Cabs didn’t change their car for many years. Any idea what the title of the puzzler is? Or better yet, a link to it?

A Tale of Two Cars

Thanks for the help!

A clear difference between the cars would appear in 1974. The 74 and later cars got huge 5mph bumpers.

A more subtle detail appeared in 68, side marker lights were added.

So there were two ways to identify the earlier from the later car.

Besides the bumper there are differences with the trunk emblem, trunk lock, taillights, license plate lights and fuel fill location. 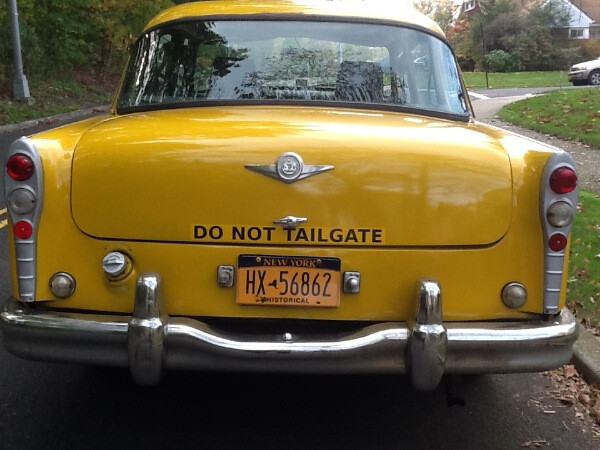 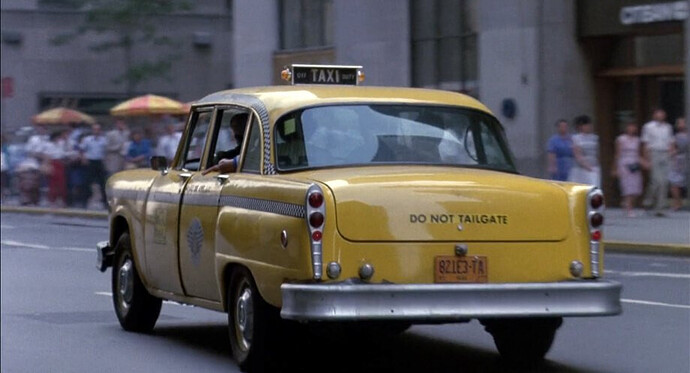 Perhaps these are things only Jim Ignatowski would notice.

Haven’t thought about that show in years.

Are there Checker cabs still on the road? I haven’t seen one in years.

Are there Checker cabs still on the road? I haven’t seen one in years.

I saw one here in my town a few months ago at a used car lot less than a week it was gone.

I went to school at Western Michigan U in Kalamazoo. The Checker cabs were made just north of town. I think they used the Chevy straight 6. They were tuff, made to last in the NYC streets.

Remember driving past a checker repair place on the way to Chicago, mega piles of brake drums and transmission housings I think

Comparing old to new, assuming the top photo is the older

I wonder what those circular round gadgets are near the tail-lights? Two sets on the old car (one near the license plate), only one set on the new.

They used a straight six made by Continental Motors until maybe 74 or 75 then Chevy drivetrains thereafter.

The Continental engine never made it to the emissions era, Checker started using Chevrolet 6 and V-8 engines in 1965.

The Continental engine installed in the Checkers was originally a flathead 6. Around 1959 or 1960, an overhead valve engine made by Continental was also available.
As I remember, Continental could not supply engines to Checker around 1965, so Checker switched to.the Chevrolet engines.