Cars that hold their value -a few surprises for me

I know Jeeps hold their value well but this kinda surprises me. They are typically a more temperamental beast and need a little more tinkering but I guess they are a “fun” car so people know what to expect. A Civic and Corolla makes sense. I always thought sports/muscle cars dropped the most because people tend to run them hard.

I guess the Versa starts out so cheap it doesn’t have far to drop. I have noticed this with my Mitsubishi Mirage. I see these selling for more than I paid new right now with quite a few miles on them. I am sure part of that is the same plus they get excellent mileage which might be important right now. They are also relatively simple and low-tech but eco friendly so if you don’t want the complexity of a hybrid or EV, something like this might be your go to.

I always thought sports cars were at the bottom of the list. I guess that is luxury or “status” cars now with the car market being so goofy over the past few years. 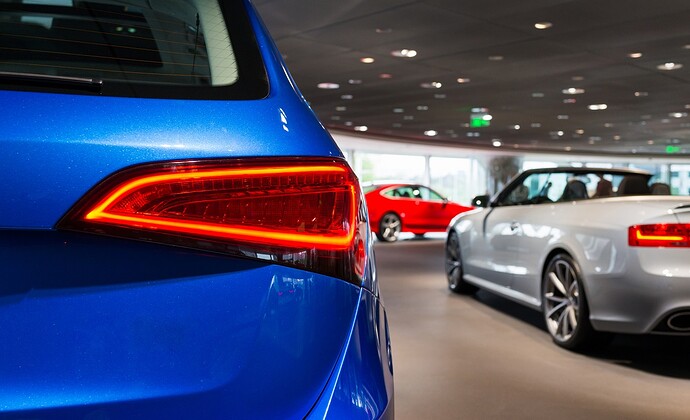 New Report: 10 Cars That Hold Their Value the Most

Is your car's value holding up? A recent report shows the models that hold their value the best after five years.

I think the picture has changed a bit over the year. This was a Nov 21 article.

Prices seem to be holding well for Mustangs. I seem some listed like mine for nearly what I paid 5 years go.

If Clark had included C8 Corvettes, they appreciated! They are selling in the auction market for more than MSRP plus the additional dealer profit.

I dunno, I canceled my mt subscription due to irrelevance but their figures were generally a 50% drop over five years, but this is an unusual time period. I’m not sure why someone would pay a premium of a 7% drop for a used car? Why pay top dollar for a car with no warranty? I’m just not a big fan of Clark Howard though or Suzy and the other media personalities. But I hate shopping for cars and particularly looking for used cars. To me you just buy new if it makes sense and keep it until it doesn’t make sense. I’m not going to sell my house either.

Folks in my area owning Jeeps seem to really like them. There’s not much call for 4-wheel drive functionality here, but Jeeps are stilled a beloved brand. Heard on the news this morning there’s a failing-to-proceed recall just announced for some versions. I think it only affects hybrids.

+1
I buy new cars, and drive them for anywhere from 7-12 years, while maintaining them meticulously.

I’m not going to sell my house either

Nor will I.
My next destination is either the grave or a nursing home.

I went through this with my first truck back quite a while ago. Truck prices were obviously super inflated for used so I went with new.

Anyway, the dealbreaker for me on the used was the few test drives I took in obviously wrecked trucks from dealers of all places. I could barely keep one on the road. One front wheel was pointed sideways while the other was straight ahead. The hood also looked like it was open on one side but closed on the other. It was closed.

Then I test drove one where it was handling funny and I realized that the 4WD was on. We were driving on pavement so that is not good. I wonder how many miles were driven on dry pavement with the 4WD engaged.

These were only a tad cheaper than new and the finance terms were not as good so the choice was easy. It was cheaper to buy new if you were willing to wait which I did. I take it that is how it is right now as well. You just have to wait.

Many moons ago I was discussing this with a co worker who was a die hard diy er and bought old junk and said it was cheaper. I bought new. We went down the list of costs per mile driven and he just couldn’t justify buying junk. I keep pretty good figures over a million plus miles, new and used. Of course the cheapest initially was to buy a good car with 100k on it and drive it another 3 to 400k. In the end though there was little difference in the cost per mile of the fixed asset portion either way. Maint and repairs are similar regardless. So it really doesn’t matter in the long haul if you put substantial miles on. It’s all a miles driven issue. If you only drive 5000 miles a year, go ahead and buy a five year old car. Just saying all this depreciation cost discussion is so much junk accounting and just dealing with funny Money.

The C8 may have just missed inclusion because the shortest time period used in the analysis is 3 years. That is not referenced in the Clark Howard article because they condensed another article from cars.com. They used data developed by iseecars.com. The Iseecars article was printed Nov 22, 2022 and while there are 3 years of production, there is likely too little time so far in MY2023 to include the C8. Go to iseecars.com for the most information.

We don’t buy vehicles on retained value . We buy what we want at that time that meets our needs or just because we like it .

We don’t buy vehicles on retained value . We buy what we want at that time that meets our needs or just because we like it .

I agree. I have literally NEVER sold a car which still ran, or could be made to run again without a huge expenditure. I don’t worry too much about depreciation, because the next owner is going to be a scrap yard. In fact, when you’re buying used, with the goal of owning for the rest of its life, higher-depreciating models present a better value.

the Yugo has always maintained its exceptionally low value well.

the Yugo has always maintained its exceptionally low value well.

Yup!
I still remember CR’s test of the then-new Yugo and Hyundai Excel, and those cars were so crapalacious that their recommendation was to avoid both of them, and buy a used American-made car for about the same price.