I knew my battery was getting old so planned to replace it this fall if it was still working since it was 7 years old and I could feel it getting sluggish on the starts. I left my lights on for like 5 minutes the other day and the battery was dead. A jump start got it going and it would start sluggishly as it had been so decided to replace the battery yesterday when I had a free moment.

I could tell it was starting to outgas and bubble acid as well when I removed it. There is some corrosion that I need to treat because of this so will remove the new battery today and clean it up.

What really surprised me is that the car seems to run so much smoother, quieter, and has more power after I replaced the battery. Is this because the old battery wasn’t providing the proper voltage to sensors or what? This reminds me how how you get a bad tank of gas and then you notice the car running much better right after the next fill up. I never had any check engine lights with this old battery but was wondering the exact reason for this dramatic change. The battery was obviously degraded but still starting the car. 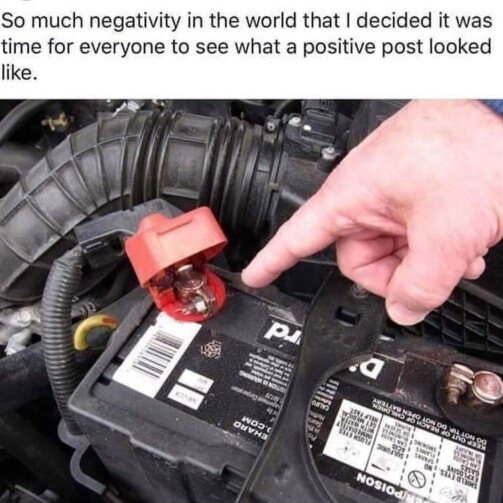 It’s the same as when the doc gives me a shot of B12, the placebo effect.

It runs better because the alternator isn’t working nearly as hard to recharge the battery. A Mirage doesn’t have much to spare!

I wondered if that was the deal. The car is like 74 HP so any extra load might bog it down more than if this was some 300hp car. Surprisingly having the AC on doesn’t sap it nearly as much as one would expect.

Either way, I think a new battery was in order for sure. The corrosion damage of keeping this one alone isn’t worth it, then you probably have improved MPG and less wear on sensitive electronics.

Ha Ha ! Yep, And after every wax job my cars not only start better but the MPG goes up too !

I think it’s the slicker areodynamics and the buffing massage

With the battery gaining internal resistance and losing it’s ability to hold a steady voltage there’s more alternator ripple and other noise.
Electronic circuits often work better with a steady power supply.
So yeah, I can imagine an electronically controlled engine running better without a battery on its last legs.

@cwatkin do you live in a northern climate?
Starting batteries tend to gradually deteriorate in cool climates vs sudden death in the south.

Since the elimination of voltage gauges in cars, I carry one of those cheap plug in voltage testers. I plug it in every once in a while to test the charging voltage and then at rest to test the battery voltage.

Many car users are not aware of the effect of battery on the performance of car, here we listed some tips about how the weak battery affected your car efficiency.

And after every wax job my cars not only start better but the MPG goes up too !

When I was a kid, one of the car washes in town had a sign prominently posted, with the following message:

Self serve car wash near me “Grime does not pay”.

Interesting. It isn’t just a sugar pill for me then! I bet this was made worse by the fact this isn’t the most powerful engine.

I live about 100 miles SW of St. Louis so the climate varies from super hot in the summer to bitter cold in the winter. Unfortunately this also means they salt the roads.

Unfortunately this also means they salt the roads.

Heh heh, me thinks they also beet the road, as in sugar beet juice. Dang hard to get off.

Where I live the air is salted. Older cars rusted from the top down.