Ran into this clue the other day:

Turned out the answer was “Honda” … lol

Clue was civic was capitalized but I don’t do crosswords.

Clue was civic was capitalized

Problem was, all of this crossword’s clues started with a capital letter. I figured the answer had to be “Honda” based on the other intersecting words, but didn’t realize the Civic connection at first. Trying to think of civic organizations that start with “HO” … Homeowner’s nation-wide … etc … lol… I never did crosswords until Covid era. More time now.

The people who write crosswords have at least as much fun with language as the people who try to who solve them. Despite their format, it helps if you think outside the box.

[crosswords] helps if you think outside the box.

During WWII, British computer scientist Alan Turing was assigned the job to figure out the German’s Enigma encryption code. As team leader he personally chose his team members, and preferred those w/crossword experience.

Yeah except the polish escapees had already figured it out and built the enigma machine. Turned it over to the French who then eventually smuggled it to the Brit’s. Brits were too proud and pig headed to give the polish credit. Same reason it took so long to use the polish pilots. They drive on the left so have always been a little hard to grasp. Same folks that fired Churchill and after no food or fuel hired him again. Go figure. Sorry couldn’t help it. It’s a great story.

Interesting. I’ve never heard of the Pole’s involvement. Is there a book you’d recommend that sets the record straight? I recently watched the B Cumberbatch Enigma movie, don’t recall any mention of Pole involvement.

I recently watched the B Cumberbatch Enigma movie, don’t recall any mention of Pole involvement.

History is often conveniently re-written to favor those with the highest profile. Another example would be the capture of Nazi saboteurs in NY during WW II. According to Jedgar Hoover, his crack team singlehandedly tracked them down, when in reality, one of the Nazis turned himself in at an FBI office, and told the FBI how to find his co-conspirators. Jedgar’s fable persisted for decades.

Anyway, back to the Polish cryptogrophers who beat the Brits to the code: 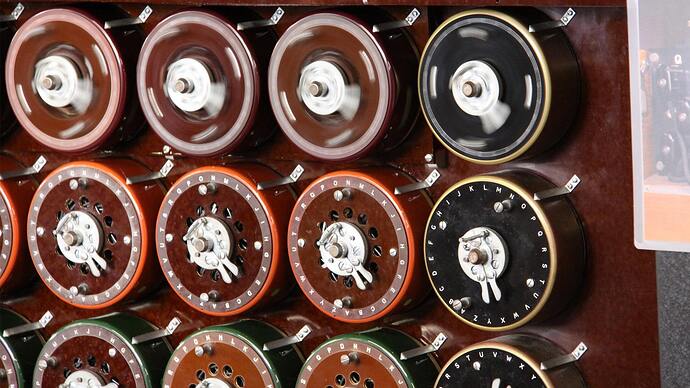 The Polish cryptographers who cracked the Enigma code

It wasn't Alan Turing who first cracked the Enigma code. It was three Polish mathematicians.

I remember doing the New York Times crossword puzzle years ago. These always have a theme for the clues marked with an asterisk. One time, all the starred answers were synonyms, but the last answer was an antonym of the first answer.
hot, stolen, removed, taken, distant, cold.

Well for video you can get unsung hero’s of ww2: Europe with professor Lynn Olson. Or see Marian rejewski if he on line.

Books include reflections on intelligence by heinemann, 1989. Or enegma: how the poles broke the nazi code. Hippocrene books, new york2004 by kozaczuk etc. 303: the polish fighter squadron with the raf. For Churchill one of the many books and can’t recall the ration story or coal shortage when the labor party took over and which book exactly.

One NY Times CP I did, many of the answers were totally unrelated to the clues…??? lol … seriously, no explanation given, you had to start the puzzle and eventually you’d come to a clue that gave the list of clue-numbers which were not related to the answers. As you might expect, that was a tough one.

Usually, the title of the puzzle is itself a clue.

Usually, the title of the puzzle is itself a clue.

Just as it is with almost all of the questions on Jeopardy.

They drive on the left so have always been a little hard to grasp.

Warning, this probably contains more information than you want to know… I am not hijacking the thread, but in the parlay vernacular of the Automotive World, I’m taking you on a “side-trip…”

I am first Generation in the US, my mother was born in Scotland and my grandparents emigrated long, long ago… Because of this, as I was growing up, may times the subject of the Brits driving on the Left Side of the road came up and as I was taught, it dates back to “Day of Old, When Knight were Bold…”

Back when folks carried swords, especially Knights, they traveled on the left side of the road so, if needed, they could draw their weapon with their Right Hand (Pity the poor Lefty…). And since my Grandparents ran a horse ranch in Oregon in the '30s, they also knew horses and if you are familiar with horseback riding, you usually mount and unmount on the Left Side (the left side of the road, not the center of the road…), also where your sword could swing free without stabbing the horse.

Then when London Bridge was built, the original one in London, not the one in Lake Havasu City, Arizona, that some rich American bought… but the original Bridge (the one from the Nursey Rhyme, “London Bridge is Falling Down…”), the Brits passed laws make it a requirement to drive the horse drawn wagons on the Left Side to smooth out congestion… And ultimately most British Colonies followed suit.

Now why do Americans drive on the Right Side, it seems that here in the US, the industry was a bit different and early cargo wagons did not have a driver’s seat inside the wagon. Wagon Drivers were expected to walk ahead and lead the horses. Well, we Yanks might have been a bit more ingenious (or as the Brits claimed–lazy…) and decided to ride on the rear left horse, and the driver kept his right arm free to use his whip to keep the horses moving. Since the driver was sitting on the left, he wanted other wagons to pass on his left, so he kept to the right side of the road.

That is until, Henry Ford unveiled his Model T in 1908, the driver’s seat was on the left, meaning that cars would have to drive on the right-hand side of the road to allow front and back passengers to exit the car onto the curb.

As Paul Harvey used to say, “That’s the Rest of the Story…”

I can’t argue with any of that but then why are boat steering wheels on the right? Maybe barky knows being a sailor and all. The port side is the left or dock side so why the wheel on the starboard or non dock side? Forces drivers to dock on the right or the non-dock side as naval custom determined. I guess the important thing is when in Rome, do as the Romans.

The Enigma codes could be broken today with a laptop in less than 1 second. At the time it was very sophisticated, but by todays, standards it’s childs play. 256bit encryption is the current standard. It would take todays fastest supercomputers a few BILLION years to crack a 256 bit encryption.

when in Rome, do as the Romans

Italians used to have steering wheels to the right and drove on the right just as early American cars until the middle 50s… And for similar reasons. Mountain passes had no guardrails so a RHD car allowed the driver to see if they were too close to the cliff. Similar to early US cars. The roads were narrow and side road ditches were close. Also many early cars had gear levers and handbrakes on the outside of the body… most people are right handed… so the cars were RHD. Until Ford. Or rather Ford’s wife, Clara who is credited with the left placement.

The younger members of the forum (and, perhaps some of the older ones…) might not be aware that the Swedes used to drive on the left–despite the fact that most of their cars had steering wheels on the left. On a very confusing day in 1967, drivers were suddenly required to drive on the opposite side of the road. 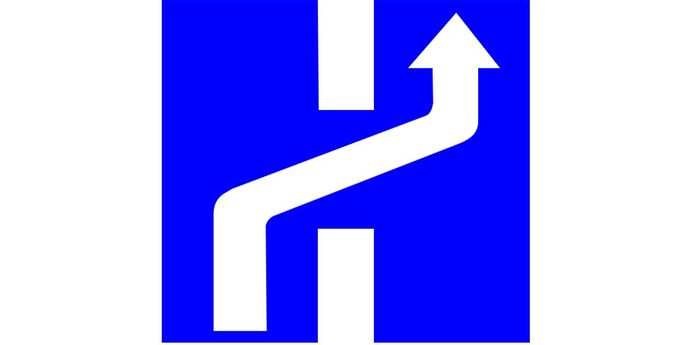 50 years ago today, Sweden switched from driving on the left to driving on...

The Swedish government even commissioned a catchy song to remind drivers

In airplanes, the pilot in command usually sits in the port seat although the plane can be flown from the starboard seat by the copilot, who may aid in the “navigation” of the aircraft watching instruments that indicate speed in “knots” or nautical miles per hour. The definition of a nautical mile is one minute of angle around the earth. Since a circle is 360 degrees and a degree is divided into 60 minutes, the circumference of the earth is 21,600 nautical miles.

I did not know that. But as someone who was stationed at a NATO Base in Bagnoli, Italy (just Northwest of Naples) from 1978 until 1981 and lived up the coast about 35 miles from the base (Castel Vulturno), I can testify that at that time, the Italians drove on both sides of the road and were not opposed to driving on the sidewalk…