Car died while driving -- after accident

Hey everyone!
Back in May, I was in a car accident (attached). I had to get two tires replaced, but other than that, the only damage I can tell is from the front bumper.

4 weeks later, I was able to get new tires and able to get my car back on the road. I used my portable battery starter to jump my car and proceeded to drive it. As I was on the freeway for about 10 mins, all the lights came on, and the car started to turn off. I had it towed and it’s been sitting for a while since that incident. I’m not sure what the problem is—the battery, or the alternator, etc.

It cranks when I try to jump it with my starter, but it won’t turn over. 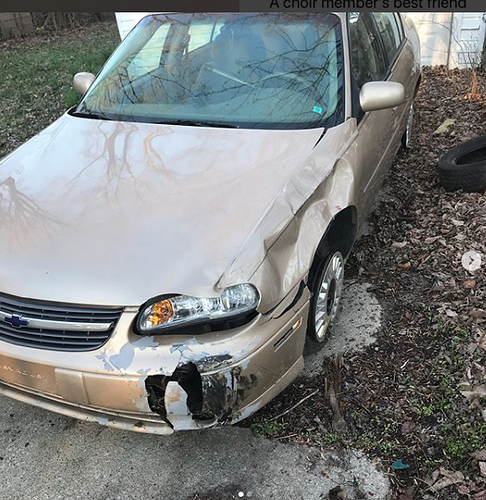 Not a clue. It could be anything. Just terminology though, if it is cranking, the engine is turning over, just not starting/firing. Turning over means the starter motor is cranking the engine.

If the reason you are having to use a jump starter is a dead battery, then yeah it could be a bad battery or it could be the alternator is not keeping the battery charged. No way to tell from here. I’d say the fender bender though and the stalling are not connected. I think you just need to get it to a shop so they can check why it is not starting.

As I was on the freeway for about 10 mins, all the lights came on, and the car started to turn off.

What was the coolant temperature? You may have been driving without coolant and damaged the engine.

Why did you need new tires? It would be unusual for a fender bender to cause damage to several tires, without other damage, such as to the suspension or wheel bearing.

As stated above, did you have overheating? May be as simple as a dead battery.

The impact of the accident could have thrown the serpentine belt off of a pulley.

The impact could have damaged the alternator in some way, or loosened a battery cable.
The jump put just enough charge in the battery to get you that 10 minutes, then ran too low to keep the engine running.

First,check that the battery terminals are clean and tight check that you have coolant and get the battery charged on a prop[er charger.
If you can start it then, have the charging system checked.
Most auto parts stores will check the charging system for free. So pick the closest place, so if it’s not charging…you will make it back home before the battery is too dead to run the car.
Be sure to have your jump pack along and with a full charge too.

The car was in an accident, no one can tell what damage was done without examining the car.