Can't get license plates off

When renewing my car registration I was issued new license plates.

The screws holding on the old plates won’t budge.

I just gave the screws a good dose of WD40 both on the front side and down behind the plate at each screw. I’ll let it, hopefully, seep into any rust then try again later to break loose the frozen screws.

Aside from finding a neighbor with stronger hands than I have, any suggestions???

A hand impact driver is always handy to have around. 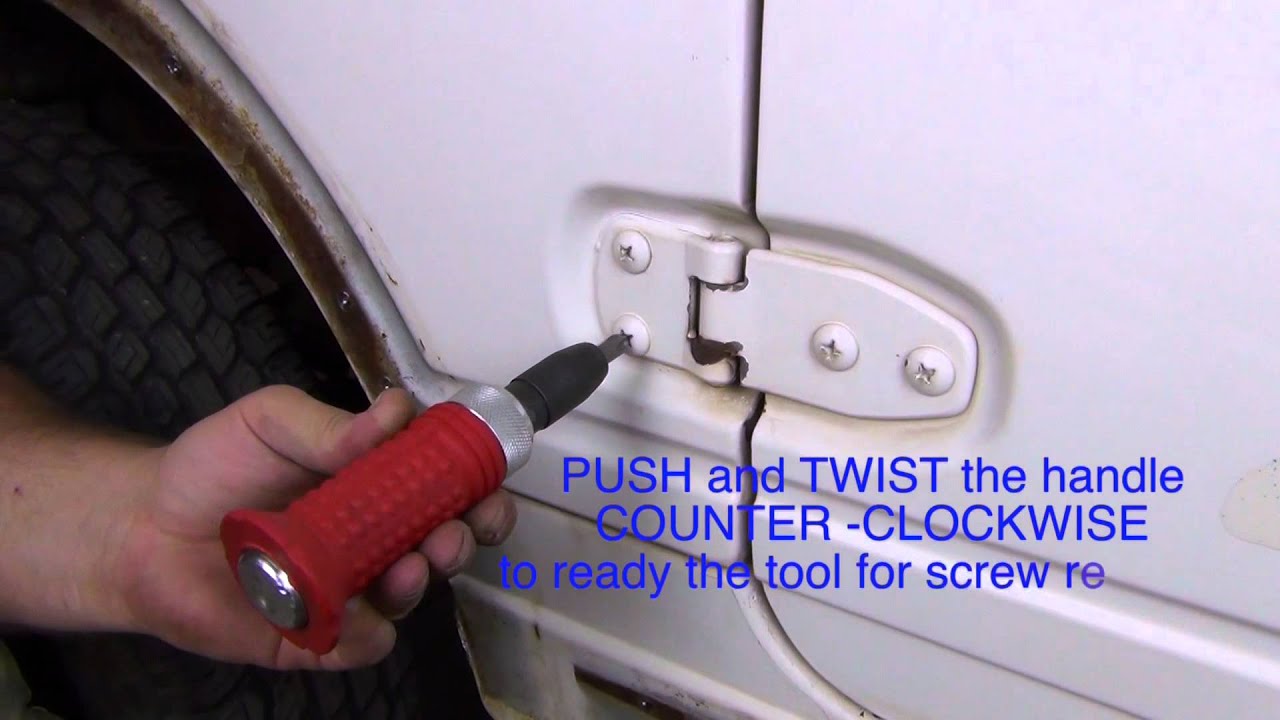 I like impact drivers for stuff like that. I have both air and electric. With Phillips or Torx screws, you can push hard into the screw and pull the trigger. The hammering action helps break them loose.

Instead of WD-40, you should use penetrating oil.
This guy got the best results with good old Liquid Wrench:

I just gave the screws a good dose of WD40 both on the front side and down behind the plate at each screw. I’ll let it, hopefully, seep into any rust then try again later to break loose the frozen screws.

Edit: @VDCdriver has good advice with Liquid Wrench too. I would trust either of them over WD-40

Try grabbing the screw head with vise grips. If you can get hold of it you can unscrew it like a bolt.

Agree, WD is a water dispersant not a rust penetrant. Don’t these screw into plastic inserts? Haven’t seen metal in years. Suggest changing the screws to hex head instead and $100 at ACE will get you a nice battery operated impact driver. Sounds like it might be useful to have and the stores need the money.

Had the same issue. I went a step further and stripped the Phillips screw head. Gonna let my mechanic have a go when I’m in next

For year’s when I get a new to me vechile the first thing I do is get stainless nut’s and bolt’s to mount the tag with that way when it comes time for whatever reason to remove the tag it is easy to remove for whatever reason. "Marnet,
The screws holding on the old plates won’t budge.
I would suggest you do the same.

Time for the 2 piece wrench . You take a screw driver , place it against the side of the screw , tap the handle with a hammer to make a dent and then at an angle you just keep tapping until the screw works loose and turns .

Once you get these screws loose, assuming the screws go into metal, I suggest putting anti-seize compound on the new screws and also making yourself a note to loosen and retighten them periodically. That’s what I had to do with my wife’s previous car (a BMW if it matters).

Thank you everyone. Lots of good suggestions. I appreciate the help.

I can sympathize because I had the same problem a couple of months ago. I was going to use my Dremel tool to cut a deep slot in the bolt, spray it with PB Blaster and see if I could get the bolt free. We had had the same license plates on our 2003 Toyota 4Runner for at least five years–we just got a renewal sticker every year.
However, I suffer with Geezeritis and Medicare won’t pay for Geritol®, and the main symptom of Geezeritis is laziness. I drove over to a body shop a half mile from my house that has done work for me in the past. The technician used a pneumatic powered cutting wheel to cut a new slot in the bolt. He had the old plate off and the new plate installed in five minutes. There was no charge and the shop wouldn’t even let me make a contribution to their coffee fund. The shop even put in new bolts.

Last year when we bought my wife’s Hyundai I wanted to do the same. The “helpful” lady at Ace Hardware saw me testing one of the existing bolts (which I subsequently learned are 6mm) to see what size it was and asked me what the bolt was for. She then directed me to zinc plated, rust prone “license plate screws.” I thanked her, waited until she went to “help” someone else, walked out without the screws, and went somewhere else.

I went a step further and stripped the Phillips screw head.

Using the correct size Phillips screw driver improves the odds of loosening those screws. Most people have a No 1 and No 2 Phillips but license plate screws are usually No 3 Phillips, the fit between the tool and screw is much better with the correct screw driver.

@Nevada_545 I actually have the right sized Phillips screwdriver. But the screws are frozen tight. At least against the weak strength of my arthritic hands.

I even checked if my dad’s old socket wrench set has any socket heads large enough to fit the screwdriver handle so I can get more torque but alas the handle is too large for even the biggest socket head.

Seems I’ll be making a pilgramage to the hardware store for the advised proper supplies. sigh

Harbor Freight grinder $9.99 plus $1.99 for the wheel. Take along a 20% coupon.
Use this method if you can see a nut on the screw.
Consider using plastic license plate screws.

Use this method if you can see a nut on the screw.

The nuts are welded to the inside of the trunk lid. It can be very difficult to remove license plate screws from a Toyota, when a trade-in from the east coast comes in, the sales department brings the vehicle to the service department to have the screws removed.

Thankful for the kind neighbor with a cordless drill who made easy work of changing out my car tags. Frozen screws were no match for the power tool.

For the moment the same screws were reused. But when I can get to the hardware store within a few weeks I will get the type of screws and such that all of you have so kindly recommended and swap them out. I also want to wash and wax the trunk lid area under the plate; it needs it.

The front plate screws into the plastic bumper so I could do those by hand but had to wait so I had the matching new plates on the car.

As @Nevada_545 notes, the rear plate screws into the trunk lid. There was no rust. But mercy those two screws were locked tight.

I actually broke my dad’s largest Phillips screwdriver this morning trying to get those two screws out. The handle now loosely spins around the metal shaft. Oh well, it’s about as old as I am, 65, so I suppose it has earned its retirement. But, darn it, that was my late dad’s tool I broke.

Anyway, problem now solved. And thanks to all of you I know what to do going forward! Thank you, again, everyone!