Can I use a Brake Fluid Bleeder for engine oil?

If yes, are there any drawbacks compared with using the extractor specifically made for engine oil?
I am asking because the brake fluid bleeder is considerably less expensive. Here are the two types in question:

Does your engine has an oil drain plug? This is by far the best way to change oil.
If you really need to use an extractor,use the engine oil extractor(video) because you don’t need a compressor like the other one and the hose seems a lot longer.

I can’t even imagine why you’d want to…

I can’t even imagine why you’d want to…

You would save the 5 minutes it takes to jack up the car and position stands. 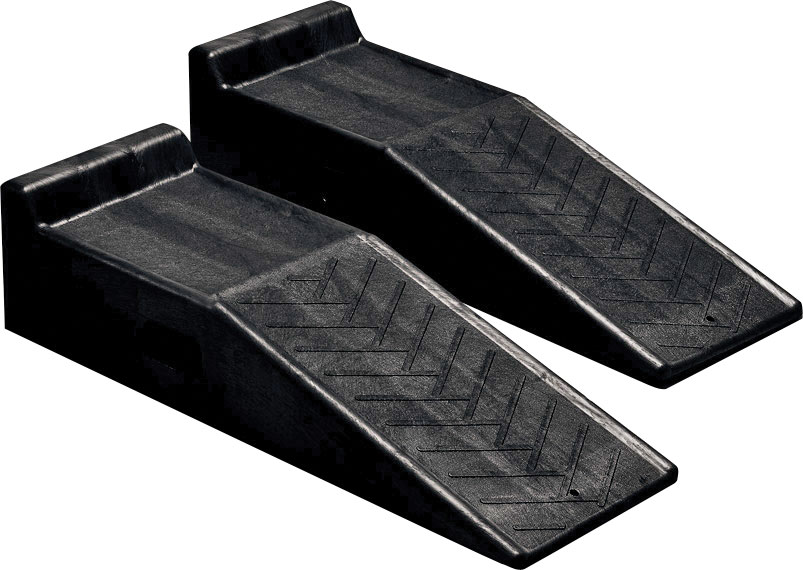 The bleeder is meant to deal with ounces at a time, the extractor quarts. Sounds like a bad idea to me.

I’m curious about what the OP wishes to avoid by using a bleeder pump.

I suspect the OP does not want to crawl under car. They may have trouble getting back up from the ground as I do since my knee replacement that did not go well.
I just wonder about replacing the filter , what do they plan for that?

Thanks for the replies. I want to avoid jacking the car up.

Thanks for the replies. I want to avoid jacking the car up.

Get a set of ramps similar to what @shadowfax showed in his post above. They work great for oil changes

I’d buy the oil extractor, then, as long as you can deal with the filter.

Interesting that he said he avoided lifting the car to pull the plug but somehow got the oil filter changed. All my cars the oil filter is worse than the drain plug. I see no advantage at all except for small engines with no accessible drain plug where you have to tip it over to change oil.

As far as ramps go, I don’t need them for oil changes just use a jack to raise the front end a little, but I did make some short removable extensions for the ramps so the air dam doesn’t drag. Just a little angle iron welded and a wood base with a couple hooks to mount on the ramps. Can’t remember the last time I used them though.

Changing the oil using a brake bleeder pump to avoid getting under the car seems as misguided as trying to bathe with your clothes on using a commode brush.

I can only remember one of my many vehicles where the oil filter could be changed without going under. 1991 Jeep Cherokee. The filter was upside down in the engine compartment. Avoiding a mess I would puncture it and let it drain for at least an hour prior to removal. The Jeep had enough ground clearance I could crawl under it and drain the crankcase without a jack or ramps although I used ramps (front and rear) to make it easier to check the 2 differentials plus transfer case and grease the many “Zerk” fittings. Concerning the next 3 low air dam vehicles By that time I was realizing that I was not getting younger and discovering competent reasonably priced alternatives I have since left services to them.

I have a pair of steel ramps that included 2 plastic wedges for each ramp that locks into grip holes to flatten the approach angle. If those aren’t flat enough then your dams are so low that you can’t even handle a driveway.

Oil will contain contaminates that may or may not go through something as small as a brake bleeder.

The problem with using either suction method…you may not be getting all the sediment out of the pan, if your suction hose does not …or can not reach all the way to the bottom of the pan.
Plus you do not get the filter changed.

Oil changes are not that expensive but avoid using the chain shops. Go to your regular mechanic and you will be a REGULAR customer…instead of someone that shows up, only when a bad problem occurs. Regular customers will always be given a little better break.

If those aren’t flat enough then your dams are so low that you can’t even handle a driveway.

I have to enter my driveway at a 45 degree angle in my MR2 or I scrape, and if I had an actual racing setup on the front end it’d be even lower than it is now. I wouldn’t be at all surprised if @sgtrock21’s car was that low.

Go to Bass Pro Shop or Walmart and try a Marine oil extractor. They’re cheap and designed for engines where you can’t get underneath to drain them.

They don’t last long and you have to remember to warm up the oil before you use it but it makes oil changes a breeze, especially with cars with a top mounted filter.