Better mileage with the truck's tailgate up or down?

If you own or drive a Pickup Truck without a camper shell or bed cover, do you believe you will get better gas mileage with the tailgate up or down?

I’ve always believed that I would get better mileage with the tail gate down, giving the air flowing over the cab a smooth exit rather that a turbulent “dam” with the tailgate up.

However, my truck is a Dodge Ram 2500, 4x4, with a Cummins Diesel Engine and with all that torque, I’ve experienced little lowered mileage with a load. With the “load” being an oversize camper, with my wife’s Toyota, in tow on a trailer. Total weight as measure at a State Weight Station exceeded 15,000 pounds. And the camper had a queen size bed in the cab-over.

Also, I’ve never tested just the “tailgate thing” as I will not drive around with the tailgate down in case I’m rear-ended. I would rather the vehicle that hit me in the back meet my “Beefy” Bumper with a Class C Trailer Hitch taking the brunt of the impact rather than having them hit the tailgate and driving it forward thereby ramming the bed forward and damaging the rear fender wells (where the tailgate hinges onto the bed).

The following YouTube Video of Autoblog Editor Greg Migliore who traveled to the wind tunnel at Ford Motor Company in Dearborn, Mich. to debunk the myth that driving with your tailgate down is more aerodynamic.

Whether the myth is debunked or not, my tailgate stay up unless the load does not fit…

I believe Myth Busters did a show on this a long time ago. If I remember correctly, it did not make a difference. 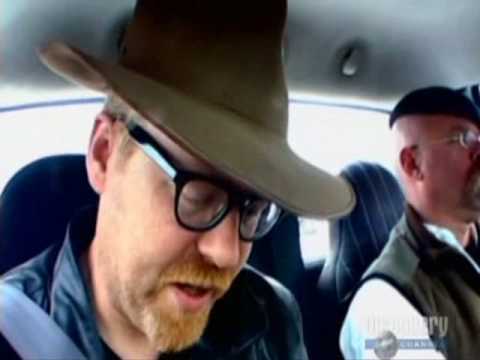 I’ve always believed that I would get better mileage with the tail gate down, giving the air flowing over the cab a smooth exit rather that a turbulent “dam” with the tailgate up.

As the Mythbusters used to say… I reject your reality and replace it with my own!

The data doesn’t lie. Leave the gate up. And for the other reasons you stated, too!

Leave it up. It’s an old wive’s tale to leave it down. Better yet put a cover on the bed.

My thoughts were always (before the Mythbusters episode), you probably won’t notice a difference either way. If it’s a full size truck, you’re pushing a 5k lb brick through the wind with a (generally) 300 plus hp engine. The aerodynamics of the arse end (whether tailgate up or down) are going to most likely be too little to notice one way or the other. Wind speed and direction would negate any affect of the tailgate, and then some.

I do remember seeing those tailgate “nets” on Toyota 4wd trucks with 33 inch tires lol. Yeah, that net will let the engine work so much less

Won’t this make the tailgate bounce, damaging the parts that secure it to the bed?

Won’t this make the tailgate bounce, damaging the parts that secure it to the bed?

I don’t think that would happen on my truck anyway. There’s a robust diagonal brace on each side that holds it in place when it is open.

As far a mpg, I can think of reasons why an up tailgate would decrease or increase the mpg. The bigger mpg effect as posted above is the front of the truck, not the rear.

Time may heal all wounds but it doesn’t do jack for memory. Going into the Way-Back machine I seem to recall an article in Road & Track from the '70s or '80s which addressed this. My recollection was best mileage for a pickup was achieved, in order, by having a cab-high camper shell, having a tonneau cover, tailgate down and tailgate up. But that was back in the days when pickup trucks had all the aerodynamics of a brick (picture a '70s Chevy or Dodge pickup as viewed from the front. But some years later ('90s or '00s) another magazine (at one time I subscribed to 3 or 4) did the same test and determined that modern (at that time) pickups were aerodynamically designed such that the best fuel economy was actually achieved with the tailgate up. That makes sense; CAFE has led to a lot of improvements in economy.

you’re pushing a 5k lb brick through the wind 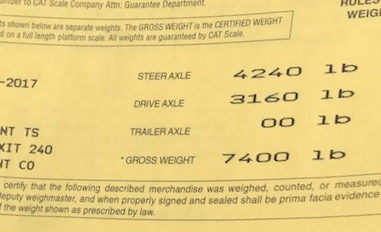 The bigger mpg effect as posted above is the front of the truck, not the rear.

That is incorrect. The rear has a greater effect than the front. Think WW2 Thunderbolt airplane. Tapered tail but blunt front with a radial engine. Think of a water droplet, rounded front with a long, tapered tail.

If the air flowing around the body tumbles, it creates a low pressure zone, lower pressure than the high pressure zones at the front. The net pressure difference is the drag. The Chrysler Airflow was designed to do exactly that.

This is a demonstration of why science is so important. You can’t rely on mythology, internet memes, or “Bubba” to tell you what is true. Science all the way!!!

In Michigan it is a traffic violation to not have a tailgate. Nets are ok. I presume It may be illegal to drive with tail gate down. I think it’s probably not wise to drive with it down. If you forget just one time that you put something back there it could prove dangerous to the car behind you.

The rear has a greater effect than the front.

So if a pickup truck were constructed so the tailgate was at the front, cab at the back, it would get worse mpg?

It likely would not make much difference… big blocky lumps on both ends.

In the 1930s when the Airflow was designed, they found most cars were more aerodynamic going backwards!

I guess if an engine fan was fastened to the truck bed it might save gas. At least when the engine is warm…

I tested this on my 97 Nissan Pick-up. Only I removed the tailgate instead of leaving it down. Over a 4 month period, I left the tail gate off on month 1 and 3, on for 2 and 4. I kept accurate mileage records by resetting the trip odometer and each fill up and calculating the mileage by dividing the trip miles by gallons to fill.

Most of my driving was highway where aerodynamics are more important. The mileage never varied by more than 0.1 mpg tank to tank (used the same gas station) and overall averages were the same.

Conclusion: The tailgate drafts the cab.

I do remember seeing those tailgate “nets” on Toyota 4wd trucks with 33 inch tires lol. Yeah, that net will let the engine work so much less

But it looks cool and to some that’s far more important than a little extra gas mileage.

[quote=“jtsanders, post:18, topic:183569”]
But it looks cool and to some that’s far more important than a little extra gas mileage.
[
Tailgate nets were all the rage there for a bit in the late 80’s or early 90’s. Seemed to be most popular with the small truck (Ranger, Toyota, etc) crowd.

I had the net on my little Toyota pickup, I usually reack my mpgs, nothing significant for gas savings. I did not notice the engine working harder while using the tailgate.