What is the best battery to purchase for my car?

Susan , all you have to do is go to any place selling batteries and they will have a chart that tells them what your vehicle requires. There are only 3 or 4 companies that make batteries and they put different names on them for who ever sells them .

If you subscribe to Consumer Reports or know someone who does, you can look up your battery group number in your owners manual or online and see what brand CR recommends. For some obscure reason they find one brand is good for some groups and not for others. They also have recommendations if you have really cold winters or really hot summers.

Some owners but not all hate Interstate Batteries, same with Walmart batteries.

I dunno Lee. You could be right. I trust Consumer Reports. I’m in a hot area (Southeast US) and Interstate Batteries have always done well for me.

I drive a Subaru.

-Determine the battery specifications (Group Number, electrical capacity) for your car - get this from owners’ manual, on the original battery, or look up at a trusted store or website.
-Consider the battery ratings at Consumer Reports, which are based on a comprehensive test program. Choose a few that match your needs and go shopping, they’re often on sale.
-Check the date code on the batteries you’re considering, reject if approaching 6mo. (about the length of time it takes it takes a battery on the shelf to discharge low enough to develop internal damage). -

The guide I use is most CCA cold cranking amps for the price. I have no allegiance to any brand. I have only steered away from diehard batteries as I heard they were refurbished batteries but that is only a rumor, I do not know if it is true.

There’s a lot of Interstate batteries out there because they make it very convenient for service stations and repair shops to stock them. If you check CR you may find that they recommend Interstate for your group and/or for SE.

It has been quite a few years ago but Sears was caught selling used and returned batteries as new at several of their stores .

If Costco has the appropriate battery for your car . . . BCI group size, cold cranking amps, price, and so forth . . . that’s where I’d buy it. The Costco website is easy to use. You enter your vehicle attributes, and they tell you if they have the battery, and what it costs. You can use this to comparison shop.

They have a no-questions asked 36-month free replacement warranty

This is important . . . because some other battery vendors will make you jump through hoops to get the battery replaced, or will outright cheat you and not give you a free replacement, when in fact they should be doing so

The only thing with Costco is this . . . they will not replace the battery for you, unlike Autozone, where they’ll probably do so if you grease the guy’s palm.

But replacing a battery is not a big deal for most cars.

You might want to consider using a 12V memory saver if you’re due for a smog in the near future, or if you’re paranoid about losing the radio presets, seat memory presets, and so forth

some other battery vendors will make you jump through hoops to get the battery replaced, or will outright cheat you and not give you a free replacement, when in fact they should be doing so

I was very pleased with AutoZone, in regard to that issue.
When I realized that my 3 year battery warranty would be ending in a month or so, I went to my local AutoZone for a load test. I had not experienced any electrical issues, but when their test of my battery read “fail”, they willingly replaced it at no charge.

they will not replace the battery for you, unlike Autozone, where they’ll probably do so if you grease the guy’s palm.

I tried to give the guy at Autozone a $5 tip for replacing my battery in an expeditious manner, but he rejected it and asked if I could go onto the corporate website, and give him a good review/rating.
As soon as I got back home, I did so.

If I mentioned the name of the battery vendor who I believe has a despicable store policy in regards to honoring the battery free replacement period . . . who also “happens to” sell everything else under the sun . . . it would predictably devolve into an extremely ugly political discussion

I suspect many of you can now figure out who that is . . .

If I mentioned the name of the Bbattery vendor who I believe has a despicable store policy in regards to honoring the battery free replacement period . . . who also “happens to” sell everything else under the sun . . . it would predictably devolve into an extremely ugly political discussion
I suspect many of you can now figure out who that is . . .

I’m sure that I can, but–in Sears’ defense–I ordered a part for my Kenmore dishwasher from them the other day. Because the machine was manufactured by Whirlpool, I went first to Whirlpool’s site, but then I decided to double-check the price for this part from Sears. It turned-out that Sears was charging ~$20 less for the same part, so–of course–I ordered it from them.

To my great amazement, the part that I ordered from Sears at around 10 AM Wednesday was delivered to my front door at 11:36 AM on Thursday. And, it came in a box marked “Whirlpool”. So, even though Sears is probably not long for this world, they provided the part that I needed in an incredibly fast manner, and at a lower price than Whirlpool would have changed me.

Not too shabby for a company with one foot in the grave, and the other foot on a banana peel!

Batteries and stores are political? I would guess you were talking about Walmart because of the sells everything under the sun comment. I have bought two of their most expensive batteries but have no experience with their return policies because both of them lasted more than 5 years and were still in the cars when I sold them.

The only place I have had to return batteries was Sears, and it was always a hassle. They never believe a battery is bad so the want to keep it overnight and charge it before they test it and the last time, they claimed to have lost my battery and wanted me to pay the prorated price for a new one.

I told them that they would not replace it yesterday until they could charge and test it because it could be perfectly good. Why should I have to pay to replace what may have been a perfectly good battery? They would not budge and neither would I so I told them to call me when they found my battery and left with their loaner. It lasted until I sold that car.

I would guess you were talking about Walmart because of the sells everything under the sun comment.

Oh, yeah, that is another possibility…
I’m not sure why I focused solely on Sears, because both they and Wally World sell a wide variety of goods. 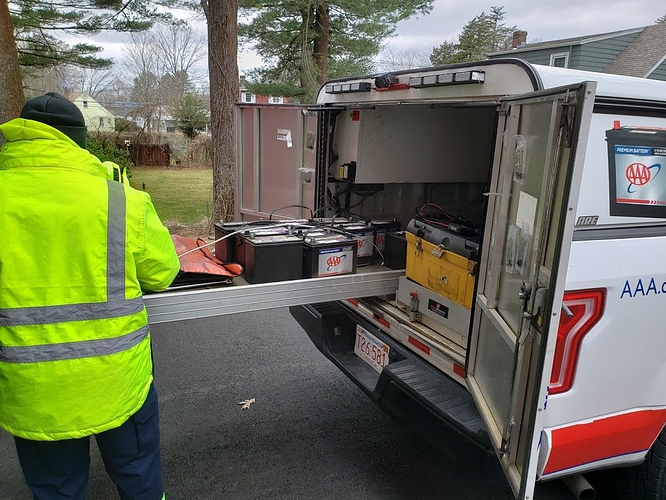 AAA’s service is run by the partner towing company, the one for this area has a great reputation.

Sears has had a declining variety of things they sell for many, many years, from 1908 to 1939 they sold houses,your building material, with pre-cut lumber and detailed plans would arrive at a railroad siding near your lot. In the early 50s they sold Allstate automobiles, actually a re-badged Henry J. Also small motorcycles and mopeds.

I had a pair of Sears brand Binoculars, probably from the late 50s to early 60s. I liked and used them a lot. About 30 years ago I dropped them on a rock and broke a lens. The salesman at sears assured me that sears had never sold binoculars. WE no longer have a Sears store in our area and the only thing that has prevented the closing of our last Kmart is the shutting down of businesses. The sad part of sears decline is that all their wounds were self inflicted.

They also drove customers away with hard sells on overpriced appliance warranties. I had an older salesman ask me if I would buy a refrigerator from a different salesman because he had been told if he kept selling appliances without warranties he was going to be fired. 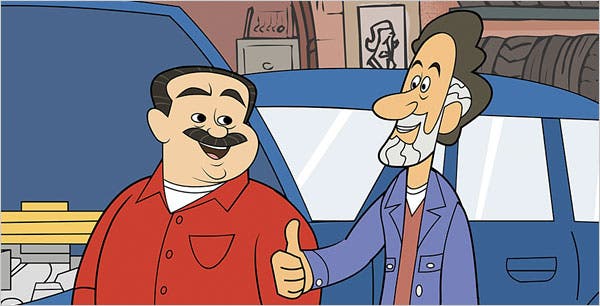