I just had a new alternator and front valve cover gasket put on. Now when I’m applying brake and turning the brake, battery, and all doors open light says on dash come on, and go back off. Help?

Suggest to take it back and ask them to take a look. They may have forgotten a ground connection etc when they buttoned it back up after the work done. Checking the battery voltages with a volt meter would be the next step after that. check for

Thanks, my neighbor did it, so I guess I’ll ask him to check it.

It’s not stalling out right? It keeps running ok, but all those lights come on when you turn and press on the brake.

Right, it seems to be running ok. He put some stuff on the battery posts before he put the cables back on. And the battery had been drained, so we had to charge it. The valve cover gasket had been leaking oil into my alternator, it burned up. I bought the new one on rockauto.com. Also had a new serpentine belt put on at a shop the day my alternator went out. That mechanic thought the smoke was coming from my compressor being locked up and rubbing my belt. He didn’t notice the oil dripping onto alternator, so won’t be using him again. I ended up broke down later that night on the toll road. Lol.

I always use one of these to keep track of battery/alternator health: 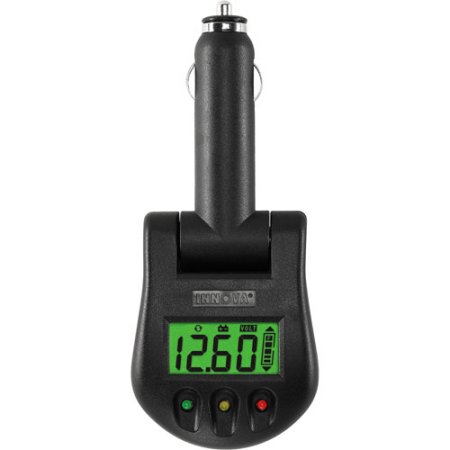 The trouble might be due to a faulty replacement alternator. There may be excessive AC ripple voltage causing the trouble. If you see the dash lights flickering when the lights are ON, that is a sure sign of a problem.

Concur with insightful and cougar above, first thing to do is verify the battery and charging system are working correctly. If OP is diy’er inclined and knows how to use a DVM to check DC voltage at the battery posts, check for