Well in my humble opinion Apple should stick to doing what it does best… Which is making computers, tablets and phones… But what do you guys think about Apple trying to make a jump into the car business?

They’re awash with cash, so they might as well.

Between Tesla, Google, and Apple, I’d expect serious changes to the car business. It’s a safe bet that Google and Apple are not going to accept the current franchise model, and Tesla has already led the way to a new and different way to sell automobiles. IMHO it’s about time. The current captive franchise model has become rife with corruption and unnecessary overhead. Manufacturers forcing franchisees to spend millions to raze and replace perfectly good facilities, or to install multimillion dollar computer systems to enable more pervasive oversight of the dealerships, because the manufacturer’s sales are in a slump borders on criminal. We the customers end up paying for that.

IMHO the industry is due for an overhaul.

Apple needs to innovate to stay competitive, the majority of those who needed an iPhone, already have one and not everybody runs out there to buy the new model when the difference is a camera that might be better in the dark. So, they have to sell something else, it might be a high end toaster or a self-driving car. And it is going to be made in China. I was reading the editorial in Motor Trend and they were essentially saying if we are okay buying everything else from China, then why not cars.

If they want to get into the car business I hope they at least hire some designers. I don’t think they’d sell many of those in the picture.

One of the things Steve Jobs allegedly emphasized when he returned to Apple was that Apple is NOT a computer company. It’s a company that creates and develops people friendly technology that’s well ahead of others. A fully web-integrated EV totally designed from scratch around people fits perfectly into their mission statement as Steve Jobs described it.

The first Chinese electric car is made by a BATTERY company! I don’t recommend buying it but the electric technology will drive the rest of the car design, so why not hire a company to do that.

Magna International can design you a whole car, if you need one!

Sorry…Apple is a quality product but they are way over-priced for what they are. My $150 LG Smartphone does everything that my wife’s $500 Apple Smartphone does and more in some areas. The mobile hot spot is superior in all aspects. I am not about to pay more for vehicle with the Apple name on it. I hope they succeed but it’s just a brand that I do not shop for.

@missileman I bought a windows phone for my teen, around $39, it does everything that the Samsung Galaxy and the iPhone do, probably better with more predictable battery life. Also, has an FM radio, it uses the headset as an antenna.

Here is a much more in depth article from the recent (current?) Motor Trend magazine. This may be much more feasible than you might think, especially with the proposed marketing plan.

Apple Car Exclusive: Experts on What Could Be a Game-Changer

What will the Apple Car be like? This Motor Trend exclusive story explores Project Titan, and features Apple Car renderings you won't see anywhere else.

Apple has enough money right now to buy GM, Ford and FCA outright and possibly Tesla with the spare change left over.

I just hope as @Bing says that they get some better designers! Yikes that’s a ugly prototype haha. But I guess 2020 should be an interesting year for the car business If these rumors are true

I think they stole the design from MatchBox 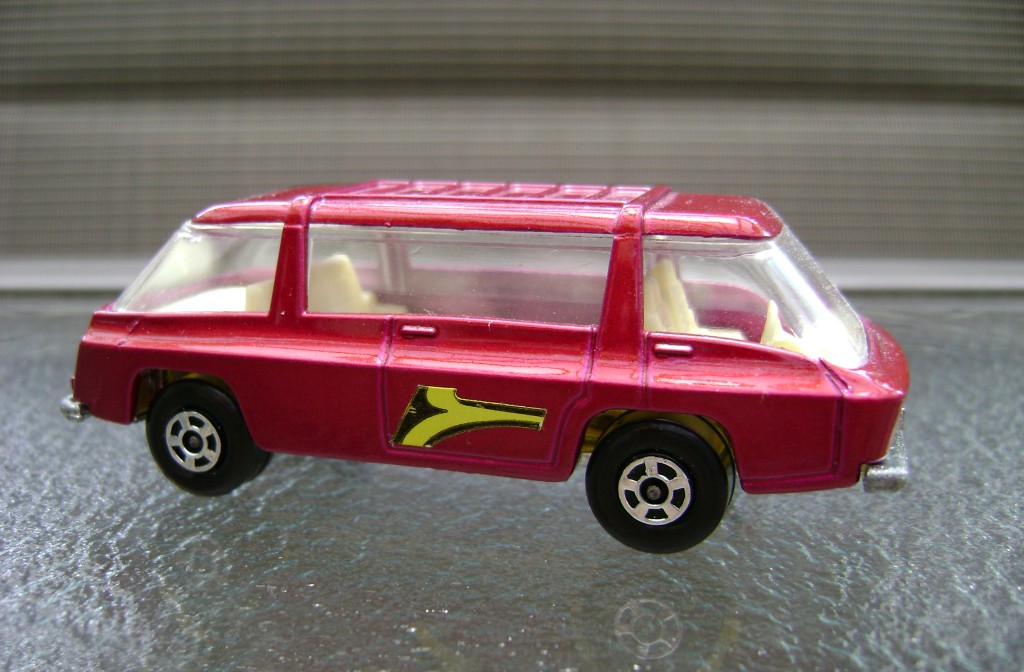 When I was a little kid, I remember playing with my beloved Matchbox cars - banging and smashing them around on the floor and generally loving them! I loved the 70s Superfast series in particular but these were hard to find in op shops and flea...

Yeah I saw that article but didn’t really say much except they have a lot of money. I guess I’ve not appreciated the whole Apple hysteria ever since they took over the schools so all the teachers and students used Apples at the expense of more mainstream business machines. Which has resulted in a whole generation of Apple lovers. Actually brilliant marketing just like giving away particular brands of tooth paste to kids knowing they will grow up using those brands. But saying Apple is a technology company is like saying GM is an entertainment company. Just not very focused at all.

At any rate the issue is they have a lot of cash and the business cycle continues. Make a lot of money and branch out into lots of other areas they know nothing about. Then the lean years and refocus back to the roots again and get rid of all the extraneous operations. What next? Banking? Smart homes? Smart highway construction? Why not? They gots lots of money to throw around and people think the glitter is gold.

Who knows . . maybe they already do make our cars . . function ?
So insanely computerized are todays vehicles that you have to wonder . . who makes those computers.
Someday , take apart a PCM and see what names are on the ; circuit board, chips, and processors buried inside those boxes with tags from Ford, GM, Nissan etc.

Microsoft did the same thing with many school districts.

Apple is very much a technology company. Software and hardware. And I’m not a big user of apple products.

I’m just saying technology and software and hardware are pretty broad areas and who really isn’t using technology or software or the hardware. At some point business needs to focus on their core competencies but then again if they provide $250K signing bonuses to buy the competency, what the hey, its good for the folks getting the money.

Nothing at all against vertical integration. Henry Ford was famous for it, even controled electrical sources and glass making. Then of course decide you’re more of a marketing company and assembly company and not a manufacturer. Somebody has got to actually be the manufacturers though.

I’m getting a little off here in my rantings. I spent a little time in the can manufacturing business so it was interesting to me that a local food canning plant has decided to set up their own can production line in an effort at vertical integration. After seeing all the problems producing cans and the thousands produced per shift, the low profit margin, and the fact that the plant is only five miles away, seems like a questionable business decision. I mean they can get a truck load of cans delivered with a phone call but instead they go to all the effort to set up their own line. But then again the food company has money to burn but I suspect in five years the space will be used for warehousing not can manufacturing.

I guess maybe drilling down to the basic issue is why they and MS have so much cash laying around. Maybe its a monopoly issue like Standard Oil, or Ma Bell used to be until they were broken up. I’m just smelling something wrong here for the long run.

Lookat Google and see what their R&D is into.

Microsoft an apple have built what most people want. Make a better product and it sells. It’s just that MS and Apple have a lot of those products. We have Linux an MS products. For every day things like email and creating documents almost everyone use MS products. Much easier and robust.

When I was in industry most manufacturing companies used MS, because that’s the platform that manufacturing software ran on. Apple had targeted the educational sector. I can distinctly remember learning MS-DOS, as well as continually learning new Office products as they became available, with the exception of Access. Back in those days companies hired software guys to operate the database programs like the inventory control, manufacturing in-process control, and configuration control. I’m going way back before the internet. When I was in college we wrote the commands in Fortran and the commands and the data were entered on 80-column IBM cards. We used to have to sign up for time on the keypunch machine and on the “reader”. Now it seems like that was 5,000 years ago. And in reality it was only 500 years ago.

Well at least we know how far we have come. In college in 1966 there was one computer on campus, in the science department. Business folks got the use of it once a week. Really not that long ago. At work I wanted a computer inventory and purchasing system but had to compete for main frame programmer time with all the other projects. So after everyone made their case my boss told me the good news was that my project made the list but the bad news was it was so far down you couldn’t see it. So we got one of the original PCs and did our own. When we were able to network three machines together I thought we were flying. The main frame computer guys though painted a target on my back. I always thought when people start squealing like pigs, you’re doing something right.

@galant…I owned a $100 Windows phone a couple of years ago and my visiting brother had a $700 iPhone. We went fishing on a large lake and I decided to call my wife from the boat. We talked for about 5 minutes and my iPhone brother decided to call his workplace several minutes later. He had to borrow my Windows phone to get the call through. His useless $700 wonder had to remain in his pocket.