Antifreeze leak from conditioner(steam from a/c)

Hi,First was stram from a/c and then heat indicator went to top and started leaking radiator antifreeze from conditioner . I ride 100+km and it leaked 3+Liter antifreeze.Any suggestions? is it normal?

This is not normal and probably not possible. The A.C. and cooling systems are completely separate and not connected anywhere. What you are experiencing is a coolant leak that only appears to be coming from the A.C. system. You should not drive this until a knowledgeable mechanic sets you on the way to a shop or you can have it towed to a shop.

From this drain tube 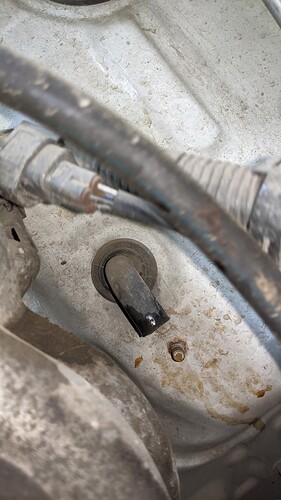 Also found some leaking on the floor for the front passenger

That is from the HVAC unit inside the car. If anti freeze is coming out, the heater core is leaking. Still nothing to do with AC. But check around for repair pricing. Some cars need a lot of labor time to repair this.

Have you replenished the leaked coolant/antifreeze?
My suggestion is to do that and then immediately drive to the closest reputable mechanic’s shop (No more than a couple of miles) for evaluation and repair.

You may already know this, but it needs to be stated:
If you drive with severely-depleted coolant, you are running the risk of destroying the engine. If this was my car, I would have it towed to the mechanic’s shop.

You could plug the hoses going to the heater core, refill with coolant, and worry about the expensive heater core leak repair later.

Edit: I read that it’s better to bypass the heater core with a short piece of hose. I suppose it depends on the vehicle. If your vehicle shuts off the flow with a valve when you turn the heat all the way down then capping off the hose connections should be okay. Blowing out the remaining coolant in the heater core with air may make life easier in the future.

Be aware that if you overheat your engine severely or multiple times, you might cause very expensive engine damage, so you need to get this fixed immediately.

How old is your car btw? Heater core leaks unlikely in newer cars receiving scheduled coolant replacement maintenance, unless damaged in a crash or something. My 30 year old Corolla has the original heater core. So does my 50 year old truck.

it’s 2005 Toyota Townace van ,I plugged this hoses together and it works without heater core now. 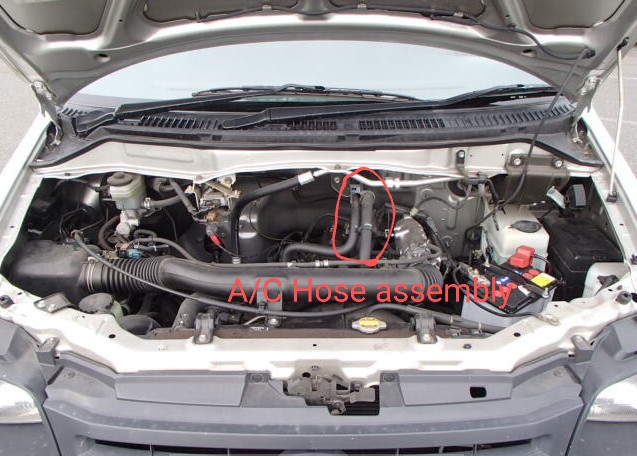 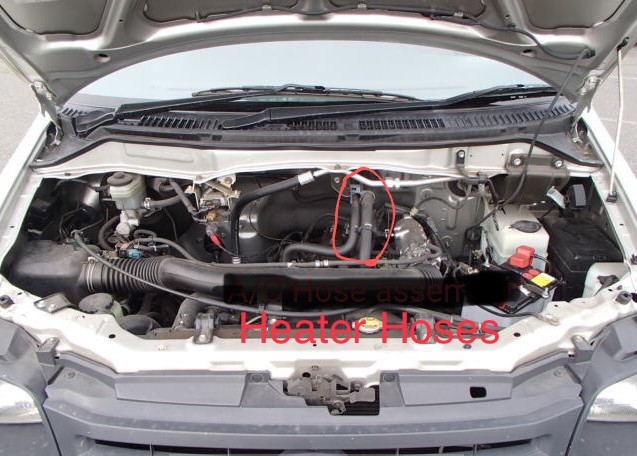 Fixed that for you, please quit calling this an AC leak, and AC hoses. You were told this was not an AC problem several times and even your “plugging” heater hoses proves this out. Your incorrect labeling and description of this only confuses people.

Sorry,I’m not good at english .

Since the leak has stopped with the heater hoses plugged, I think we can assume @NotGrendizer has pretty much demonstrated the heater core is indeed leaking

As such, op can now replace the heater core, or take it to a shop for a quote to replace it

op can now replace the heater core, or take it to a shop for a quote to replace it

I think that the OP should be prepared for a pretty pricey bill for that replacement, depending on how difficult it is to access the heater core.

I hope for the OP’s sake that his Toyota won’t be as difficult, but after looking at those pics, I think that it will be difficult to access it.

I agree the repair would be expensive, due to the labor

That’s how it is on most cars, when it comes to the heater core and/or evaporator

In fact, in situations like this, I recommend doing both the heater core and the evaporator at the same time. That way, you’ll be good to go for several years

I’ve worked on several vehicles where the book time was around 16hrs. You REALLY only want to pay for that job once

Another thing that people don’t count on . . . due to the age, it’s almost guaranteed that some hoses, vacuum lines, electrical connectors, etc. will break, no matter how careful you are

That’s how it is on most cars, when it comes to the heater core and/or evaporator

+1
That’s where the older pickup trucks had a major advantage over more modern cars.

due to the age, it’s almost guaranteed that some hoses, vacuum lines, electrical connectors, etc. will break, no matter how careful you are

+1
Luckily (or unluckily??) my Taurus was less than 5 years old when the heater core started leaking, so at least there was no breakage of other parts.

It ony need to remove glove box and is easily accessible 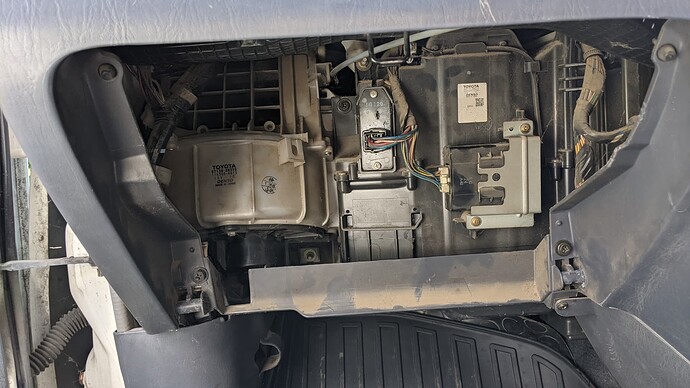