I have an old base model 2001 Silverado, so manual everything. Here’s my problem-- the air direction control knob (feet, defrost, face, etc.) is stuck on defrost. Literally stuck. Obviously, the knob attaches to and is supposed to turn a metal rod that then changes the direction of the air flow, but the rod will not turn at all…I even detached the knob and tried to turn it with a pliers! The climate control and fan speed knobs both work.

I would probably pull the directional control and see why it’s stuck. If something was broken inside which prevented the rotation…it was be a simple job to install a new actuator control. Here is a similar setup: 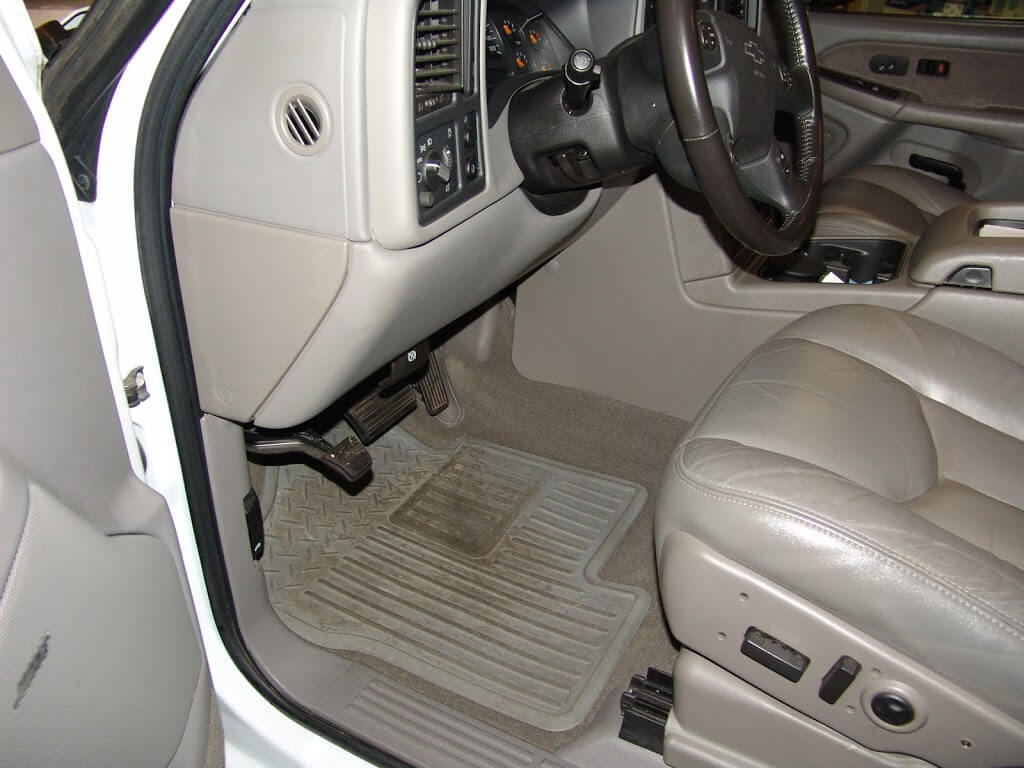 ...but the rod will not turn at all...I even detached the knob and tried to turn it with a pliers!

So, with the rod disconnected from the knob, you can turn the rod with pliers but not the knob, right?

thanks missileman, I’ll read up.

Insightful, even with the knob disconnected, I cannot turn the rob. It’s simply stuck.

Maybe try some silicone spray and work it back and forth.

The problem is most likely with the vent control module itself.

If you look at the back of the module you’ll see the vacuum ports.

One vacuum port is supply vacuum, and the other ports are control vacuum.

And if the vent control module fails, it defaults to the defrost mode so you can keep the windshield clear for safety.

A new vent control module will fix the problem.

@Tester – that sounds very possible. How would someone fix something like that? Would it be as simple as replacing the entire vent control module, or would there be other issues I’d need to check, as well?