I have a 2005 Honda Pilot and just recently it has started smelling like urine coming in from the outside, as soon as I turn on the air conditioning the smells stops. If I turn on the circulate air, the smell stops. This reminds me of going to the nursing home and seeing my Dad, and this is a smell that I do not like. Do you have any idea what could be causing this and how do I get rid of it?

You could also have a fungus growing in the air ducts. So investigate; a good A/C shop can tell instantly what your problem is. Remember, Legionnaire’s Desease was caused by something smilar in a hotel A/C system.

First, sniff the air inlet at the base of your windshield and see if Santa left something worse than coal down your chimney. If it smells, hose it, alternating with a little soap, until the smell is gone. There are drains in that air inlet tray.

Another AC smell is mildew growing in the AC evaporator. That usually smells worst on vent, and the smell goes away when the AC is cold. A dealer would use hydrogen peroxide to kill the mildew, but you have to know what you are doing or you can do a lot of damage with that stuff. I suggest Lysol, sprayed in at the base of the windshield. If you have a cabin filter, you want to remove it before spraying in the Lysol. For a little more money, Wurth makes a spray specifically for this purpose.

Yes the smell is stronger with the HVAC off and it does come from those outlets.

you may have a rodent problem, nesting in the air box somewhere, with the attendant urine feces smell.

take it to an AC radiator place. they can troubleshoot it for you. and save you the aggravation.

I turned on the defrost and the windshield did not fog up, so I guess that is not the problem. Iam going to take it to Honda and see if they can tell me what is going on.

That was my first thought also, but there was not an animal in the engine compartment.

the animal may have crawled up into the air intake duct.

the reason i suggested this, was you say when you turn ON the AC it goes away.

when you turn ON the AC the blend door shuts (thus shutting off the outside air coming into the car) so the only air you get is what is inside the car. when the blend door is open, you get a mix of fresh (stinky) and recirculated air.

never mind, you already answered that in your post. see what i mean, the recirc door closed m,akes the smell go away. so the problem lies when the recirc door is open. so the smell is coming in from outside (in the air duct)

Did you make someone angry recently?

If so they may have hosed your air intake with their black n decker.

Since I do not know anything about cars (was never taught as a child), can you tell me just where to look for this air intake duct please? Your knowledge would be greatly appreciated.

I don’t think so, my car is locked up in the gargage every night, and with our homeowners rules, we cannot leave our cars outside, even in the day time.

typically the air intake is located either in the grill area around the windshield wipers, or runs through plastic duct from the front of the engine area.

the problem sounds like the smell is coming in FROM the intake area. i am not sure if your model car has an interior cabin air filter. if it does, then you could probably look inside the filter housing to see if there is any other stuff in there.

like i said, take it to an AC place and they can look at it and fix it in under an hour. problem solved, and you wont have to wonder where to look, and scratch your head trying to figure this out.

you have endured this too long as it is. get it looked at.

the other suggestions are only masking by spraying, washing etc. remove the source of the problem.

Thank you for you input, I will take it to someone and have it looked at. Your comments are appreciated.

I have the same problem with my 2005 Pilot - vent air smells like pee with AC on or off. Anyone with the exact same problem who can point me in the direction of an inexpensive solution will forever be worshiped as my own personal god. Thanks!

I agree with the rodent hypothesis. I have a 1987 CRX that had this problem. A mouse had made a nest in the blower housing which resulted in the smell. Cleaning it was time intensive (removing the blower and some duct work) but was successful. I then closed the air intake opening at the windshield base by attaching hardware cloth under the hood.

I have 2018 Toyota Prius, and I am having the same issue, I took it to the dealership to ask about it, and they suggested to drive the car for 5 days and use the a/c with the recirculation button turned off. This will allow air to pass through the evaporator and dry out and get rid of any built up mildew which is the root of the cause for the smell. There is also a kit the dealership sells which can eliminate the smell instantly, for about $160, it is two bottles of stuff they spray inside which circulates through the air system and eliminates and deodorizes it that way. Also, replacing the air filter for the a/c is a good idea to do after the 5 days is over and the smell is gone. 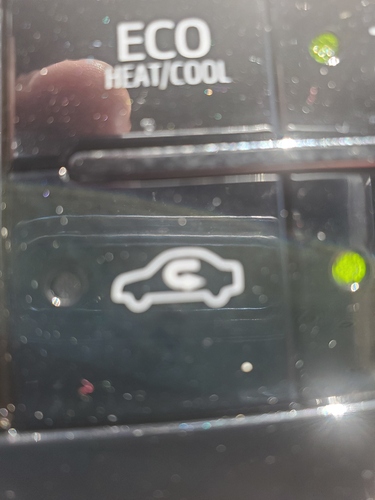 you may have a rodent problem, nesting in the air box somewhere, with the attendant urine feces smell.

Also check on top of the exhaust (especially if the car gets parked for a day or two at a time), and in the intake. Air can get pulled into the HVAC system from those areas, and they appear nice and sheltered to rodents, so they tend to like to set up shop there.

If you keep the car in a garage, might want to set out some traps along the walls, because you’ve probably got uninvited guests in there.