USA Today has an article in today’s on line newspaper. They rank US cities for aggressive driving. Who is the worst? Boston? Naaa, Bostonians are a buncha Nancy Boys! They only rank 14th! The top five are LA, Philly, Sacramento, Atlanta, and San Francisco. Laid back California? Apparently not! Here’s the article in case you want to see where your favorite cities rank. My favorites are 18 and 20. I’ll remember that the next time some clown is 5 feet off my bumper because I’m only going 70 in a 55 zone. 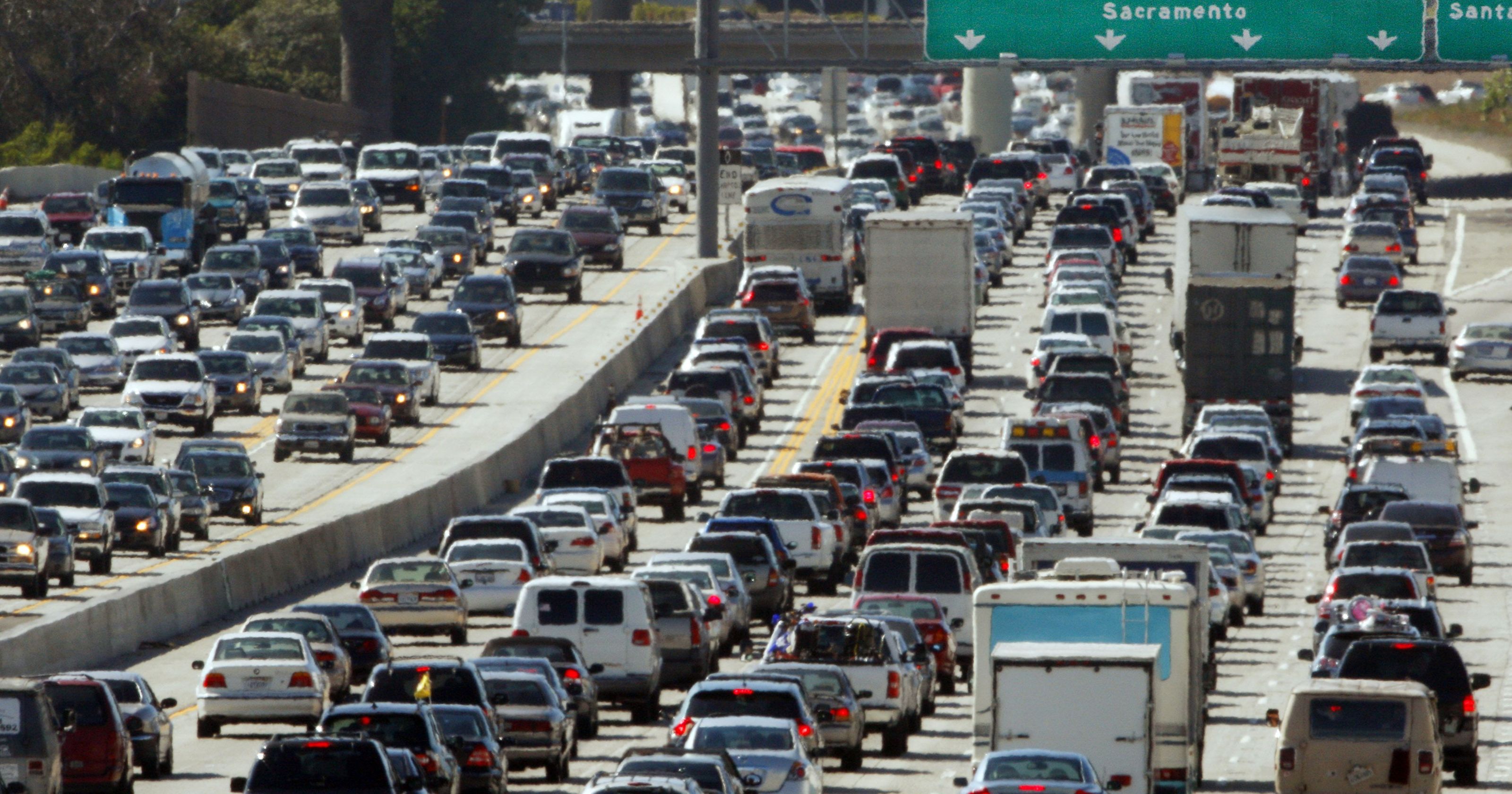 These 10 cities have the most aggressive drivers in the nation

A new study by fuel-finding app GasBuddy settles the debate over which city has the most aggressive drivers in America.

I’m surprised I don’t see any South Florida cities in the top ten. I miss commuting in rural Florida. Back when I was driving a truck, I’d have put D.C. and Baltimore high on the list too.

My only salvation lies in park-and-ride mass transit (Tri-rail). I just need to get down to the office to apply for my employer’s discount.

> The analysts assessed the frequency of speeding, hard braking and swift acceleration to gauge aggressiveness.

methinks there are other aggressive behaviors that have been left out, and can shift the rankings

The article could have just put ( Every where you drive you are going to find people who don’t drive properly . ) End of story.

methinks there are other aggressive behaviors that have been left out, and can shift the rankings

Yes, but can those other behaviors be measured as easily as these?

I have driven extensively in Chicago and San Fran, even some in other cities on the list, I do not see a pattern of aggressive driving any more than the the typical road rage nuts one can run into anywhere like our own quiet streets in a small city. Sure they might have a higher aggravation for people that drive like idiots, but not driving like an idiot I have not had a problem.

Just yesterday leaving work, I was driving on a 2 lane highway. Speed limit was 55, I was going 60. I had to slow a bit for a minivan driving in front of me. About the same time, a guy flies up behind me in a bmw sedan and gets right on my back bumper. The van slowed down and started to make a left turn. I was watching the bmw in my rear view mirror, and the minivan in front of me as I braked for the minivan. The bmw didn’t seem to be slowing much, so I was steering right, towards the shoulder, as I braked. Sure enough, about the time the van turns and crosses the left lane, I see the bmw passing me in the left lane. I swerved hard towards the shoulder and hit my brakes as I glanced to the left expecting to see carnage. The bmw was able to avoid the van by braking hard and splitting the difference between the van and my car. Plus, bmw’s must have awesome abs. The car seemed to stop on a dime. Luckily. And this is rural Mississippi. Aggressive driving (and/or stupidity) seem to be rampant everywhere.

That was the worst “almost collision” that resulted in nothing that I’ve ever seen.

I’ve been hit once already this year lol. Wasn’t my fault, I was stopped at a stop sign and got side swiped. So my quota was filled already! Plus I rode motorcycles for years and now my primary instinct is to try to get the hell out of the way.

My main concern was for the minivan. Had he hit the ole lady in the driver door (as I am amazed didn’t happen), could’ve been really bad.

I did notice mr bimmer slowed down considerably after that. I took off and set the cruise at 60. He lagged way behind.

This is the reason I quit riding motorcycles on the street. I felt safer drag racing a bike on the track than riding on the street.

Plus he probably didn’t have jack to sue for. Just a big car payment! Hahaha!

glad your evasive maneuver paid off!

I’ll tell a story about the mellowness of SF drivers. One time I got stopped in a really long line waiting for a stoplight at Market Street. It was gonna take multiple cycles to get through, so nothing to do but wait. I happened to be near a Noah’s Bagels. So the next time the light turned red I got out of the car, leaving my car in the street, walked into Noahs, bought a bagel, and got back in the car. Nobody even honked a single toot at me … lol …

My experience is that the drivers in the middle of an older city are pretty accustomed to a certain standard of congestion and they reluctantly go along to get along. Suburban drivers are more aggressive, maybe because it gets them some advantage - wider streets and shoulders give more room to be a jerk. I suppose in newer cities that is the situation in town too. What I know is that it’s somewhat more peaceful jammed in to street traffic in San Francisco or Oakland than it is in the upper middle class suburbs or newer places like San Jose.

That said, there are no drivers crazier than parents dropping off and picking up children near a school.

The school district I worked for had to put in seperate driveways and drop off areas for school buses and cars because the was no other way to stop parents from endangering everyone else. Now they can only endanger each other. I had a lot of small bus runs to private schools and I noticed, the more expensive and exclusive the school, the ,more expensive the car and the worse the driver. I had my bus hit twice at the same school while stopped in a traffic circle waiting to get to each building by a parent determined to get by me when there just wasn’t room.

can those other behaviors be measured as easily as these?

yes, but probably not by the Gasbuddy app

I did that about 35 years ago. Some jerk was way up my tail pipe and I touched the brake to get him off. It worked, and he careened to the left, almost losing control of the car. Had he lost control, he would have gone down an embankment between two bridges onto the highway below. He would have died and who knows how many others on the road below would ave died. I decided right there that I would never do that again.

Considering how likely you are to be severely injured (neck and back injuries suck), and how many years your lawsuit will take, and how much of the settlement the lawyer will take (if the lawyer takes a piece of the settlement rather than charging fees up front), let us know how that turns out for you. I doubt it will go as well as you predict.

In the end, anyone who follows your advice will live to regret it, if they’re lucky.

Remember a jerk riding my bumper on a curvy gravel road. I thought wth went faster and faster, he slid off the road as I saw in my rear view mirror. Stopped to make sure they looked ok, stuck off the side of the road but did not hit a tree or anything. FU I think and drove off.

My wife, as a plaintiff’s personal injury attorney, handles those cases daily. Her fee ALWAYS comes out of the settlement and averages one third of the ultimate proceeds. She also advances any fees needed for medical experts, etc.

The authors of the story should have spent a few days on the I-35/820 in Fort Worth, TX or the Hefner Parkway (a.k.a. the Hefner Raceway) in Ok City.

I’m sure most of the drivers one hears about on the local news who have died or been seriously injured in crashes are of the aggressive type.

Or victims of the aggressive type!