I recently purchased a 2014 Ford Explorer with 107000 miles. The dealer that I bought it from claims that they replaced the AC compressor and recharged it. It does get somewhat cold, especially if it is sitting and idling. However when I drive, it’s not as cold. I stuck a digital thermometer in the vent last night and it got down to 71 degrees with the setting set to Max A/C. I thought that maybe the dealership didn’t charge it enough so I bought a can of refrigerant with the gauge on it and it says that it has enough, actually a little over where the “green zone” was. I checked the operation of the compressor clutch and it engages when I turn the AC on and stays engaged until I turn it off. The weird thing is this morning when it was cooler out, it seemed to run cool the entire time. I am just wondering if this is something that the dealership didn’t do right or just another part of the system that needs replaced. This is the first Ford Explorer that I have owned. Thanks.

Replacing the compressor sometimes requires dismantling the AC system, flushing some components, replacing some, and then do an evac of the system,and then recharge the system. 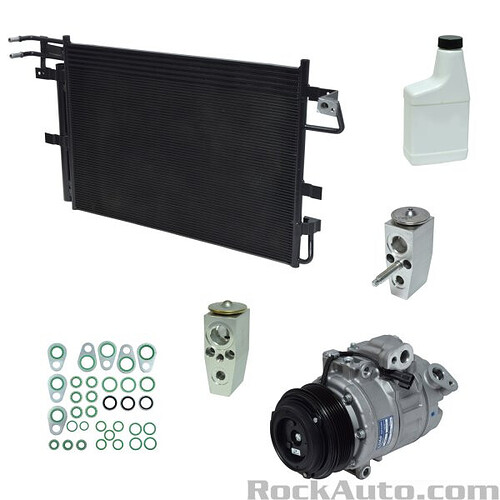 One thing that’s not included in the kit is the receiver/drier which is also replaced.

So, until it’s known what the dealer actually did, it’s anyone’s guess.

I’m assuming there’s no warranty in effect here. In that case, taking it to an independent A/C shop is probably your best bet for a fix at a reasonable price. Messing with the A/C system isn’t really for novices given the dangers involved.