"A crime of opportunity"

Unfortunately, it appears that a whole lot of people with new and new-ish cars are leaving their cars unlocked, with the key fob inside the car. NY’s Long Island is a–mostly–very nice, low crime area, but there has been a recent uptick in car thefts there.

The cops pointed-out that the owners of high-end cars helped to inform potential car thieves that their cars were unlocked, with the key fob inside. I wouldn’t have thought of this, but the thieves are sophisticated enough to know that if the outside mirrors on high-end cars aren’t folded-in, that indicates an unsecured vehicle. Why would so many people be so irresponsible with their personal property?

I don’t know for sure, but I suspect that insurance companies won’t pay-out any money to a policy holder whose stolen car was known to have been unlocked/unsecured. 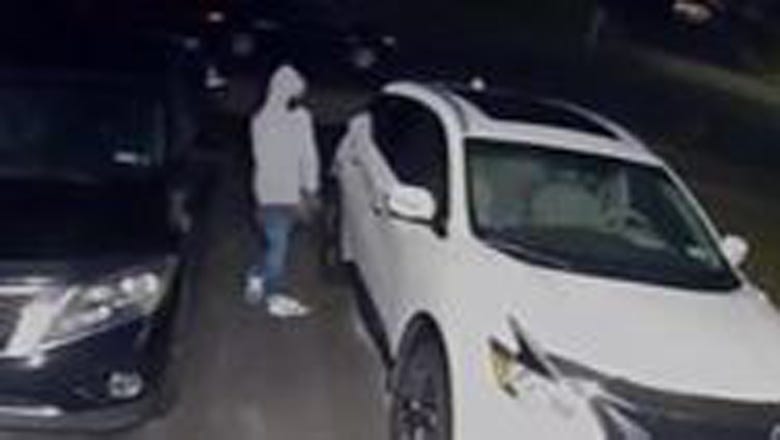 Five vehicles were stolen from outside homes on Bezel Lane, Sandra Drive, Steven Place and on Maureen Drive in Hauppauge between 4:30 a.m. and 5:30 a.m. Thursday.

Maybe they just want to minimize damage to the cars like in SF where they leave the hatch wide open.

Maybe they just want to minimize damage to the cars like in SF where they leave the hatch wide open.

That’s not a joke. Car break-ins are so common in San Francisco, especially in tourist areas, many folks indeed do indeed purposely leave cars parked on the street w/ all the windows open and doors unlocked. A tv station wanted to see how bad this problem actually was, so they parked a locked- car on one of these streets with what appeared to be a laptop computer on the back seat, meanwhile a hidden camera monitoring the situation. The car’s window was smashed and the “laptop” stolen within 17 minutes.

I should point out that before my Corolla was banned fromthe road I parked on SF streets many times for hours and hours at a time and never had it broken into. I avoided parking in tourist areas like the plague though. I didn’t leave anything valuable looking on the seats either. Not a problem for me b/c I don’t have anything valuable, looking or not … lol …

Remembering people putting signs on the car window, No Radio, I imagine radios are pase now.

After grandpa’s 86 Mazda B2000 was broken into at the beach in Hawaii we started leaving the truck unlocked with nothing inside. It looked like they rummaged around but didn’t even want the rope or the $30 radio in the dash.

With my convertible I never lock the doors. I’d rather a thief just open the door instead of slicing the top and then unlock the door. A new top for a 650i convertible is really pricey.

Same here when I had convertibles, rarely locked. When I had a CJ5, there were no locks on the vinyl doors.
My wife worked night shift, she usually locked her car doors, one night she did not. On that night all the cars in the employee lot were broken into. Those that were locked had their windows broken to gain access. In my wife’s car, no damage, they just looked through her glove compartment, no valuables, nothing stolen.
In the late 80s we had a ‘Garfield’ cat stuck on the rear passenger side window. Kids in LA were smashing windows just for the cat. We had to go down to LA to the British Consulate on Wilshire Blvd. We were in the Consulate 20 minutes , came out, window smashed, Garfield gone, nothing else taken.

It looked like they rummaged around but didn’t even want the rope or the $30 radio in the dash.

Yeah, something like that happened to me one time. Somehow thieves got into the Corolla’s trunk when it was parked in San Francisco. I noticed everything was moved around, in a big jumble. Inside, just a couple pencils and a blanket, nothing worth stealing. No idea how they got the trunk open, no damage to the lock.

I saw a sign in the window of an old beater "car’s not locked, the radio has already been stolen, please don’t break another window.

When I had a CJ5, there were no locks on the vinyl doors

Very hard to lock a CJ5. Especially when the top is off! I had the speakers (aftermarket 6x9’s) stolen out of mine in Fulton, MS about…28 years ago. Easy pickings until I started chaining them to the roll bar

Heh heh. When my son’s car was stolen, they rummaged through it and took all the CDs but left the tools. Found it a couple days later on the north side of town. I guess they had plenty of their own tools and didn’t need any more for their shop.

The cost to replace the door lock on the Mazda was more than anything in the truck was really worth. So after that we just left it unlocked. My brother had a 84 Civic hatch in college that dad proved you could get in with a thin enough ruler.

I grew up in NYC during the crack era when cars were broken into constantly. I make sure NOTHING is visible inside my car and lock my doors. I have never had an issue since the 80’s. When I lived in a pleasant suburb outside of Rochester people left their cars unlocked because it was a nice neighborhood. Not me! When the thieves rolled around and stole (no joking here) wallets, cash, and (very scary) garage door openers, they skipped my locked car (nothing inside to steal anyway).

Thieves smash your window for one of two reasons. One - You left something in the car that looks tempting to them. Two - They watched you get out of your car and stash your valuables someplace obvious like the glove box or under the seat. Thieves once watched my sister put her $1,000 Guild guitar in the hatch of her 1984 Volkswagen Rabbit. She then ran into a store to get something and left the hatch lock in the unlocked position. As soon as she was in the store they removed the guitar and ran.

Moral of the story here is don’t use your car as a storage space or safety deposit box. Leave nothing in sight, don’t “stash” valuable items in the car, don’t think the trunk is invisible to thieves, and don’t EVER jump out of the car with the engine running and the key inside to get something from the store (exceptions for locations where it gets so cold that people can’t shut off their cars or they won’t restart).