Owner of a 1994 f-150 i’m considering buying for super cheap sent me a video of the truck starting up and giving a few revs. He says the motor is a 302 5.0. I can hear from when he starts the car and revvs it, it sounds like there’s a bit of a knocking or rattling noise as you can hear from the video. Would you all steer clear of this? He said it runs and drives. Does this sound like a lifter, rod knock, exhaust leak, etc. thanks 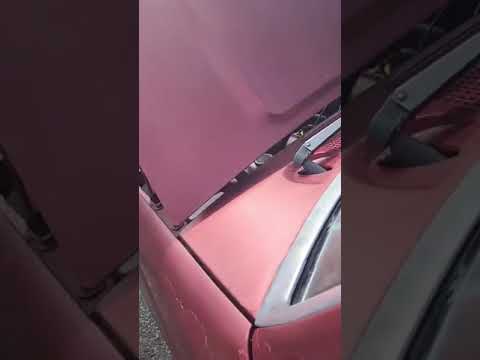 Would you all steer clear of this?

Yes , I would pass . Of course he says it runs and drives . Would you really expect him to say it is on it’s last legs ?

This truck may have the silent cam timing gear. Which means the teeth on the gear made from plastic.

Sorry, unable to listen to vdo. But I own a 302 equipped 50 year old Ford truck, never had start-up noises as you describe, but have some experience w/engine at least. For rattling noises on start-up, if nothing obviously wrong, like pulley or belt is hitting something, my first suspect would be a loose/worn timing chain. Water pumps on my version of this engine, when they are about to fail, can make rattling noises too, usually worse until coolant warms up. A length of garden hose can be used as a stethoscope to narrow down if the sound is coming from water pump or not. Water pump relatively easy & inexpensive to replace. Timing chain, not so easy.

One more idea, if ignition timing considerably too advanced, that can sound like a rattling noise. It’s actually not something rattling, it is pinging coming from the cylinders. I had that problem briefly one time when I got the vacuum hoses to the distributor mixed up.

With the timing chain rub you’re talking about - is failure in the very near future almost guarantee?

Only if you continue to operate the engine if it isn’t repaired.

This is the silent cam gear with the plastic phenolic teeth. 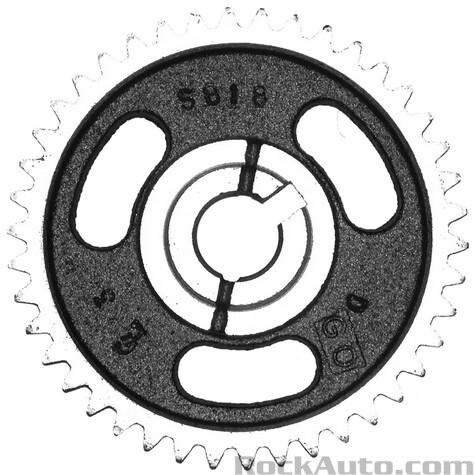