Has anyone had a total failure of the transmission in a 2016 GMC sierra? The vehicle has only 92,000 miles. I understand that there are some lemons but a transmission should not go out at less than 100,000 miles.

So if you went another 8001 miles you would be happy?

When was the last time you had the transmission fluid flushed ? you’re past due for your 3rd flush.

you’re past due for your 3rd flush.

I wouldn’t flush this transmission . . . a drain and refill is possible on this model, as far as I know, even if it doesn’t have a dipstick 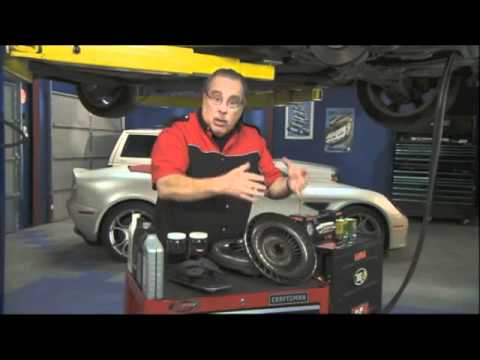 I understand that there are some lemons but a transmission should not go out at less than 100,000 miles.

And why not , lack of service , abuse or just plain broke for some reason.

And he didn’t service the transmission at all

In spite of me telling him he should

And I knew him for years before it failed

He had plenty of time

So I ask the main question which has been alluded to already. How many times has the transmission been serviced? The schedule shows 45k miles fluid change intervals and IMO that number should be 30 o 35k miles.

Any transmission or engine can fail at far less than 50k much less a 100k if it’s being abused or neglected.

My sister in TX has a 2017 Honda Accord. She said this will be the car that lasts the rest of her life.
So she was a bit shocked this weekend while talking on the phone and I alerted her to several problems.
One is the fact that she changes the oil every 10k miles while living in a large city which has a lot of dust and humidity.
Two is the fact that she never raises the hood to check the oil level. At this point she’s gone 8k miles without raising the hood and is supposed to let me know tomorrow what the oil level is like.
I don’t gamble at all but I’d wager cold hard cash that car is not going to become a lifetime keeper…