you should still be under warranty. take it to the dealer for a free repair…

Use the warranty to solve, definitely. If you’re just looking for guesses why it is happening, could be a faulty clock-spring ass’y in the steering column area. That part is designed to flex, yet allow the steering wheel to rotate, which makes it possible to have switches and sensors etc in the steering wheel and still have wires from those parts connected to the rest of the car. Another idea, an electrical connector under the dashboard area is loose or faulty.

Thank you for your information. After I let my truck sit for a while, maybe an hour or so, all of the functions return.

This has me puzzled, and maybe the dealer also. The original info center did this and they replaced it, and now the second

Unit has done the same thing.

My thing is broke. Dealer replaced it.
Ya think the problem is my thing?
I think whatever controls it is broke.
Was a new thing expensive? For dealer, I mean.

. After I let my truck sit for a while, maybe an hour or so, all of the functions return.

Sounds like it could be temperature related, possibly a cracked solder joint on a circuit board (CB). A CB may have 500 solder joints. In days of yore solder joints were individually soldered by a worker using a soldering iron. Modern times, CB’s are batch soldered. All the components are first installed in the CB holes, then the CB is carefully suspended in mid-air, the bottom surface just barely above the surface of a pool of hot, liquid solder. A gadget then quickly moves back and forth one time, at the edge of the solder pool, which imparts a surface wave running across the top of the liquid solder. This splashes solder on all the joints at once, voila, entire CB is soldered in one second. Unfortunately things don’t always go as planned. Part could come loose before wave arrives, contaminant prevent solder from properly sticking to joint, etc. So some of the joints can seem to work at testing time, but fail as soon as the CB is stressed. Either by going over a bump, or thermal expansion, a crack in a solder joint can develop. The crack will open and close depending on the temperature, which causes the CB to work at one time, and not at the other. This sort of thing is hard to diagnose, often done by replacing the CB and see if that solves the problem. Cars however have dozens of CB’s, so it can take quite a bit of CB swapping until the culprit CB is found.

In the tech R&D world, if a CB is suspected of a failed solder joint, and it can’t be spotted by looking at it, we’d often just re-solder all the joints by hand with a soldering iron. That would usually fix it. But we’d never know which joint was the cause.

Faulty electrical connectors can cause this sort of symptom too; but normally these aren’t as temperature sensitive.

Not to put too fine a point on this faulty connection issue, but one time in my high-tech days I recall where it took 3 full time engineers nearly two weeks working at a customer site to find the cause. Turned out a tiny bit of wire had broken loose from one of the CB components and, during shipping to the customer, due to the jostling, the metal bit worked its way under a connector which was soldered on the CB. It was totally invisible, the engineers had traced the problem to this particular connector, but had to unsolder it to find the metal-bit culprit.

Modern times, CB’s are batch soldered. All the components are first installed in the CB holes, then the CB is carefully suspended in mid-air, the bottom surface just barely above the surface of a pool of hot, liquid solder. A gadget then quickly moves back and forth one time, at the edge of the solder pool, which imparts a surface wave running across the top of the liquid solder. This splashes solder on all the joints at once, voila, entire CB is soldered in one second.

Through hole components are very rare today, reserved for legacy products or specialty applications like high voltage. You would be hard pressed to find a single through hole part on any circuit board in a current vehicle let alone on an Infotainment PCBA. Everything is surface mount and the wave solder is practically a dinosaur. Mixed technology boards are shunned by just about any PCBA contractor as the through hole parts would have to be hand soldered after all the SMT parts had been attached using an IR reflow oven. Which by the way is programmed to dwell based on the mass of the components being soldered. Solder paste is typically applied onto the PCB pads using a stencil to screed it, the components are placed by automated equipment, the parts on the bottom side have dabs of glue to hold them during reflow process and components on both sides of the PCB are soldered in one pass.

In the tech R&D world, if a CB is suspected of a failed solder joint, and it can’t be spotted by looking at it, we’d often just re-solder all the joints by hand with a soldering iron.

That Infotainment PCBA is likely to have many thousands of soldered connections at pitches that require significant magnification to even see let alone hand solder. That microprocessor may even have ball grid array on its backside that you can only inspect with XRay. No one would hand solder touch up every connection. Almost without exception, everything coming off the assembly line is inspected by cameras these days. A cold solder joint is very rare. Not to say it can’t happen but touching up circuit boards would be a notable event. In addition, a relatively complex circuit board like this would almost certainly be subjected to an ATE acceptance test before being shipped to the customer. What you are describing doesn’t really exist anymore.

We still maintain an old technology wave solder machine for circuit boards that are used in equipment that will be on orbit aboard satellites or the space station. This is because we cannot use modern RoHS solders due to their propensity to develop tin whiskers in that environment. So leaded solders must still be used there.

Good info about newer CB technology, especially the surface mount/reflow process. Very true, some of those surface mount CB’s with failed solder connections cannot easily be re- soldered by hand. Ask me how I know? … lol …

Not just me, even trained technicians have difficulty w/this. Some years ago I asked a technician to repair a small surface mount CB. He handed it back to me a couple hours later, true enough the faulty solder joint was fixed; but one of the soldered ribbon connectors nearby was completely melted and unusable. CB had to be junked.

OFF to the dealer you go…

That is for analog gauges in an old truck.

The OP’s truck has an LED/LCD display. 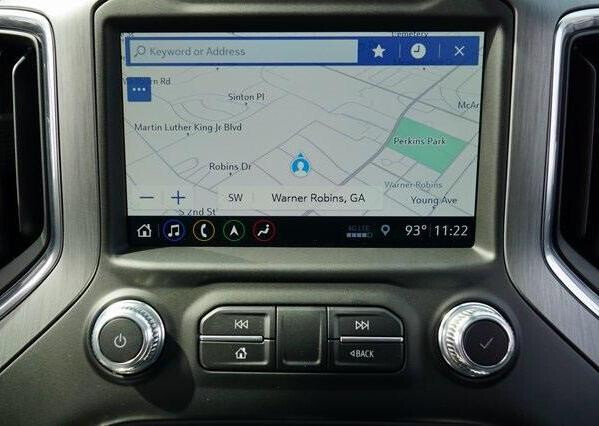 Yeah, unlikely to be able to repair that sort of display. Would be like trying to repair a modern LED big screen tv which developed a big black spot on the display. Repair almost certainly isn’t economically feasible

You just need the right tools. We have high powered stereoscopes, very fine tweezers and suction tools and needle like solder irons or hot air systems to prototype/modify/repair some smaller boards in engineering. And the person drinking coffee all day or Mt Dew is prohibited from doing the work

I have a pretty good set up at home as well but won’t touch BGA or the super fine pitch VLSI stuff. Still fun to dabble…

I hand-soldered one of these single chip surface mount micro-computers using a magnifying glass to (try to) see what I was doing. It wasn’t pretty … lol

Later I discovered I could see better using a tv camera and vdo monitor to view what I was a soldering. 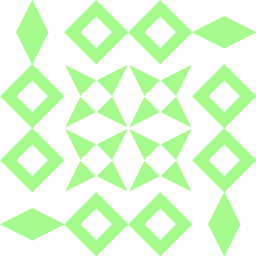 What is a single-chip microcomputer?

Center stay lit after engine is off and door is opened and closed.

Makes me think faulty door switch. KISS. Then the center is still on exit car mode without being notified you have left the vehicle. my 2 cents,

Was one of my thoughts as well until I re-read the problem statement:

The door switch only signals on/off status to RAP. Everything should still work just not turn off. Something else is amiss I would guess…