My 2016 Hyundai Tucson has been burning lots of oil. I told them at the dealership & they said just to add oil when needed between changes. Now the Catalytic converter went, could either issue have caused the other? They want $2500 to change the Cat because the warranty doesn’t cover it.

could either issue have caused the other?

When an engine gets to the point of burning a lot of oil, it is not uncommon for the Catalytic Converter to be destroyed by the residue of that oil, which coats the substrate of the CC.

Yes, oil burning can kill a converter. Unless the oil burning problem is resolved then replacing the converter is pointless. In the event of a badly plugged converter which can cause engine overheating then yes that can cause oil burning if that particular problem exists.

How many miles on this car? The converter is under warranty for 8 years/80k miles. With oil burning though replacement of the converter is dubious at best.

Emission controls are covered under an 8 year 80,000 mile warranty. The cat is part of that. 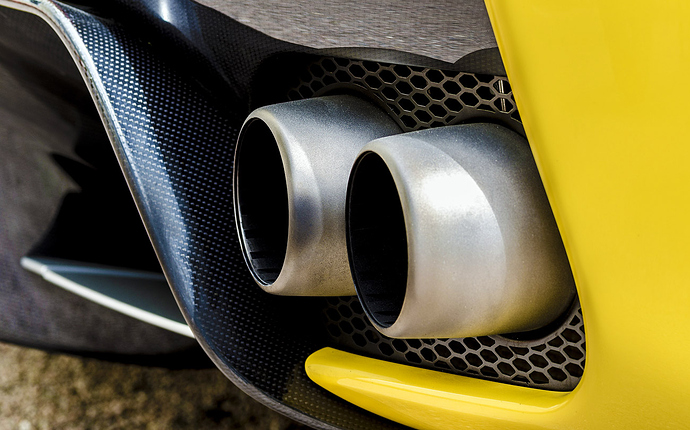 The Federal Emissions Warranty is Often Overlooked When Your Vehicle Needs...

Do you know about the Federal Emissions Warranty? Many people have never even heard of it and don't know that it can translate into free repairs for certain emission-related defects. Before you spend money you don't need to spend or go without...

If the cat died because of excessive oil burning… and that does kill catalytic converters… then it should be covered. You can’t say the engine is OK but it burns enough to kill the cat and then turn around and say the cats not covered because of oil damage.

Not sure what you mean by “a lot” but needing a quart every 1000 miles is not considered “a lot” by the manufacturers.

If the cat died because of excessive oil burning… and that does kill catalytic converters… then it should be covered. You can’t say the engine is OK but it burns enough to kill the cat and then turn around and say the cats not covered because of oil damage.

That may depend…on why this fairly new(er) vehicle is burning oil. If neglect then I don’t think it’ll be covered. It’s extremely rare to see any vehicle under 150k miles burning any oil. Need more to the story.

The Hyundai 2.4L 4 cyl had oil burning issues that lead to a recall. Don’t know if your year was recalled though. Just curious, did you check and maintain the oil level between changes or was it run low?

Enter your VIN number on this website to see if your Tucson is under recall.

I already checked for recall. It has 96,000 miles on it & has been going through oil between my 3000 mile changes which I have done on time.

I told the dealership in May that it was burning oil faster than it should & they said that they just do that & to make sure to check it regularly, which I do. I’ve had to add oil every few weeks. Now my Cat is bad & they won’t cover it because I’m over the 80,000 miles.

How much oil was it burning.

I’ve been adding a quart every few weeks sometimes more.

I’ve been adding a quart every few weeks sometimes more.

How many miles do you drive before needing to add that qt of oil?

You can buy an aftermarket cat (that claims to comply with federal and California standards) for that car for under $200. With an oil burning vehicle, I would bolt on a $200 cat long before I would pay $2500 for a dealer cat that will soon be destroyed.

I have searched everywhere online & called all the parts store within 50 miles & no one can get one. The only place I can find that can get it is the dealership & they want $2000 just for the part.

Saw some OEM converters on ebay for 3 to 400 bucks.

At 96k miles and with 3k miles oil changes the engine should not be going through that much oil.
Usually oil burning is caused by piston ring problems which is why I asked about the oil changes and checking the oil level.

Try this before replacing the converter. Replace the PCV valve. That is a maintenance item that should be serviced on a regular basis and if plugged up it can create crankcase pressure which in turn can lead to oil leaks or oil burning.

It’s cheap and easy. About 15 bucks give or take a little. One would think that the dealer would have suggested this. You do not need the dealer for this little chore.

Since you won’t tell us how many miles it takes to burn a quart of oil, let’s try some math. Your Tucson has 96k and it’s 4yrs. old. That makes 24k a year. If you’re adding a quart every 3 weeks that’s about a quart in 1400 miles. That’s not ideal but it’s not excessive either. If your cat is bad something else is going on.

The Hyundai 2.4L 4 cyl had oil burning issues that lead to a recall.

Hyundai agreed to pay 90% of the the new catalytic converter, so we are having it fixed, I will also check the PCV valve. Thank you all for your help.

Is it the dealership that is saying the oil burning ruined the cat? If so, you could consider escalating it up the corporate ladder (although it sounds like 90% cost share is probably fair). As someone else stated, they can’t simultaneously say “engine is burning normal amount of oil” and “oil burning ruined the cat”…it can’t be both (i.e., only an abnormal amount of oil burn would ruin the cat).

Rockauto has the catalytic converter for $171.79.