I have a 2015 Chevy Malibu. Last week I first noticed a slight hesitation while driving. The problem is worse at lower speeds and )9on an incline. It now has worsened to the point of reduced power, service, Stabilitrak , check engine and the car cuts out/jerks while driving. Our mechanic replaced an airflow sensor, but the problem persists?!!! He is stumped. He has checked fuel pressure, airflow, catalytic converter, battery all fine. The car idles normally until in motion?!!

What codes did your mechanic get from the OBD?

The first code indicated MAF issue, so he changed sensor, checked for air leaks, etc. He also cleaned the throttle body as well. Could a bad wheel bearing/speed sensor cause the car to act this way?

Could a bad wheel bearing/speed sensor cause the car to act this way?

No and you need a better mechanic because this one sounds like he is guessing.

There may be a problem with the accelerator pedal position sensor. 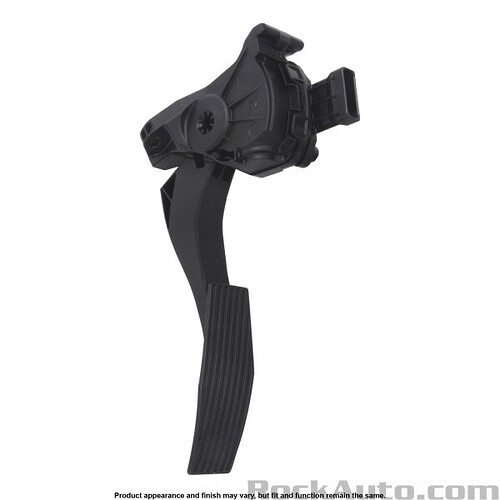 If it is only when first starting out it could be a wheel sensor . If the wheel sensor is going bad when first starting out it might then think the wheel is locked up which triggers the stability control which will kill power temporarily and your light will come on . Had a Trailblazer (GM) that this happened to and new wheel bearing with sensor fixed that problem . If the car just cuts out while driving it is not likely to be that though .

The other day, my wife told me there was something wrong with her car (2012 Chevy Malibu). The “Check Engine” light was on, the odometer area was reading"engine power reduced", “service ESC” , and “service traction control.” The only error code was P2138, a throttle-by-wire error. There was water on the headliner and floor, and the storage bin on the dash next to the driver’s door was completely full of water. Fearing the worst, I made an appointment with my mechanic. But I also did some sea…

Have a sunroof?
Rain, rain, go away!

yep, check the floor. I’ve had to reattached the drains in my wife’s 2012 malibu for the same reason.