2013 Elantra cuts out while driving

Car intermittently cuts out at approx. 2350 rpms. The immobilizer light and and blue light on the push button flash when this happens. Sometimes the check engine light comes on for a split second but not everytime. Log is clear on Bluetooth OBD2 scanner.

Car starts and runs perfect at all other times.

Any suggestions other than take it to a dealer to be ripped off?

Does the same thing happen if you use the spare key fob instead of the one you are currently using?
Also what exactly is meant by “cuts out”?

Thanks for the reply.

I only have one key/fob. New battery as mentioned and it operates the doors and such as expected. Also starts the car without issue. Grounds appear good. Battery reads 13.4 volts. Terminals are clean and tight.

“Cut out” means the car stalls for maybe 1/2 a second. Rpms begin to drop, key light illuminates on the dash and the light on the push button goes off. Sometimes the CEL flashes and other times it doesn’t. It’s literally a split second and only in the same rpm range every time. From idle to 2350ish and 2400 to the chip has no issues. When it happens, you can let off the throttle or accelerate harder to bring it back to normal immediately without doing anything else. It feels like the cut out is abrupt enough that it could only be electrical. No stutter or anything like that to consider fuel/air.

I read that the immobilizer connections are known problems behind the push button on these cars. The descriptions for that issue seem to all be not starting at all. mine starts every time without issue.

Not all dealers are thieves. They are usually more expensive than your local mechanic…but sometimes they have specialized tools or knowledge that no one else has.

I’d guess you have some issue with your ignition system. Might be a dead or dying key fob (I saw where you just replaced the battery), or some other sensor related to the ignition system.

I have a Dodge that uses key fobs. First car I ever had with fobs. In the 6 years I’ve owned it, I’ve had to buy at least 3 new fobs. They just seem to go bad and/or get lost from the computer’s memory sometimes. Very frustrating…

Very fair on the dealers!

I really feel like it’s something stupid. The part where it only happens at a certain RPM has me stumped. In my mind, if a key/fob is or is going bad it would completely stop working or happen without any type of pattern randomly. Same with losing its memory with the computer. Not having a spare key certainly puts me at a disadvantage for troubleshooting that.

Stopped at Advanced Auto just now and the [cheap] code reader there didn’t find anything even though I could physically make the CEL come on while the tool was scanning.

It could be a failing fuel pump. Ask you shop to double check all the electrical connections to the fuel pump. If nothing found, they might have to keep the car at the shop and have one of their techs drive it as their daily driver. It will eventually do this and the tech can probably figure out the cause then. The power to the fuel pump may be dropping out for some reason for example.

Is there anything else unusual or unique happening when this problem occurs? For example, unusually hot or cold, humid or dry, raining? A failing crank position sensor for example could cause this too. Those sometimes fail when they get overheated.

Are there any diagnostic codes stored in the computer memory, active or pending?

Nothing unique at all. I can just about create the issue on demand by taking it to 2350 rpms. In the garage, going down the road, raining, snowing, etc. It’s all about that 2350 mark.

I wouldn’t imagine a fuel issue because it doesn’t gargle at all and immediately comes back with a fluctuation of the rpms. I just drove it about 20 miles at varying speeds while managing the rpms and it ran like a champ. Pulling in the driveway I kicked it in neutral and took it to 2350 and the issue was right back.

I just saw that I can upload video here. I’ll go out and grab one and post it momentarily.

I’ve had that sort of problem a couple of time on my prior VW Rabbit. One time it was intermittent power to the fuel pump caused by a bad electrical connection, no fuel in other words; the other time it was a faulty ignition coil produced no spark. The rpm relationship could imply a crank sensor problem.

If you’ve been an ardent listener to the CT podcast you may have heard the caller who said their car stalled for no apparent reason , and always at the same place in the road. Seriously, they’d drive from Portland up into the mountains, and the car would stall at exactly the same place. Turned out that car had an altitude sensor, and when the altitude reached a certain height above sea level the fuel system made some kind of change, and that caused the engine to stall for some reason. So it always stalled when they reached that altitude, and that was always the same spot in the road. I think the cause was ultimately determined to be a mistake was made by their shop on some prior repair job. 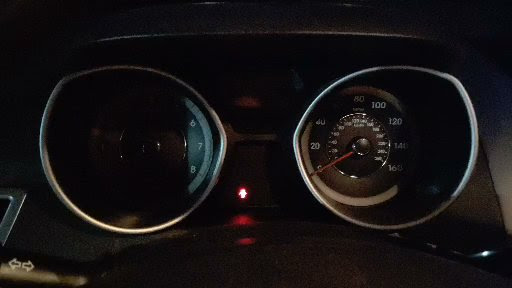 Video^ phone downloaded as mp4 which isn’t compatible here. I’m going to try to converting but hoping this works while you guys are online.

That looks like a crank sensor problem as the most likely cause.

Thanks for your thoughts! I’m going to change the sensor again and see if it works. Notably I did change it with the cheapest one I could find online the first time. It made me pause because the tach still works consistently and starts right up as compared to the other owners who shared problems with the crank shaft sensor.

Would still appreciate it if anyone else has experience our thoughts just in case too.

I sincerely appreciate you guys taking time out of your lives in an attempt to provide me with guidance.

Update: I put a new crank sensor on this morning and it resolved the issue at 2350 rpms. The same problem now occurs intermittently if I stomp the throttle and only at high rpms. 6,000+ which is obviously not normal driving conditions. Even 3500 is a stretch during normal conditions for me.

I’ve only put 4/5 miles on the car at this point and some garage time through different rpm scenarios. I’m not ready to call it resolved without more time/miles passing BUT it is certainly related to the crank sensor and not the immobilizer in my opinion. I’ll report back if the problem comes back for future users.

Thank you to each of you who chimed in here and kept me from throwing in the towel.