Car just stopped out of no where and would not start again.I had the car towed to a local auto shop that informed me that the serpentine belt was sucked into the timing belt causing internal damage to the engine. The plastic housing is cheaply made and there is hoses and parts under the hood that are brittle and easily break. The auto shop said its an interferance engine and because piecies broke off into the timing belt the engine is damaged and i would need to replace the engine. This car is well overpriced and engine damage is enivitable. Never will i ever purchase a Volvo or any car affiliated with Volvo and will never recommend buying this car. This car should have been recalled and taken off the market. I will purchase a toyota if you want reliability stay away from this car

This car is well overpriced and engine damage is enivitable.

Overpriced and Volvo pretty much go hand in hand. Both sales price and the price of maintenance. As far as “**engine damage is inevitable ** that’s a matter of debate. If because of the cost things like the timing and serpentine belts were not replaced ……… yep damage is inevitable.

Never will i ever purchase a Volvo or any car affiliated with Volvo and will never recommend buying this car.

We don’t care. And there are plenty of other people that feel the same way about every manufacturer you can name. That’s everyone’s go to phrase when they can’t afford to fix something.

Toyota has had problem vehicles also . You did not say if you bought this Volvo new or used . Regular service on most European vehicles ( Volvo - BMW - Mercedes - Audi ) is expensive and a necessary thing to have done.

Since Volvo has announced it is going total electric the timing belt problem will be gone for new ones.

I don’t think the serpentine belt can be “sucked into the timing belt”. 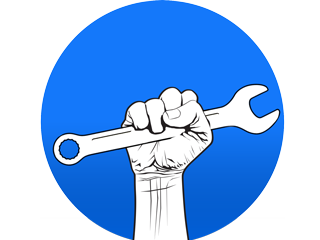 It’s a known issue. I may have even read about it on here a while back. It’s important to spend several hours going through carcomplaints.com, searching, and generally reading about your car. Many people don’t even read the owner’s manual.

Guess what other car has a timing chain guide defect that will trash the engine if not repaired? Jaguar, which is another Ford owned company.

The OP will go buy another brand. They might get a good car, or they might get one with a major defect that won’t show up for a few years. Chances are the OP won’t do any research about the car that they get. GM / Chevrolet makes a generally good product free of major defects, but the longevity isn’t so great.

BTW, you didn’t actually buy a Volvo S60, you bought a Ford or Chinese designed product. Ford owned Volvo from 1999 to 2010. Ford is known for producing vehicles with a major engine or transmission issue. You have to be very away of what you’re getting when you buy a Ford. They’ve made some great vehicles.

Was the AC compressor bearing making noise prior to the failure, and the OP ignored it or didn’t recognize it? It seized and due to a design issue trashed the timing belt. Likely this happened.