coolant is disappearing from reservoir but a pressure test does not reveal a leak anywhere. What are other possibilities.

I am not familiar with VW’s but how much coolant are you loosing and in what period of time?
are you sure they did the pressure test long enough? you could have a very small leak starting.
this is something you should be aware about…

The engine could be burning the coolant. Meaning, likely head gasket leak.

Is the exhaust white or whiteish at times?

I would not assume head gaskets, unless the engine has been overheated in the past, and/or you can see bubbles in the radiator (or surge tank) when the engine is running.

The most probable explanation is a worn-out water pump shaft seal, which of course will only leak when the pump is rotating, i.e. when the engine is running, and the system is pressurized. The next most probable explanation is that one of the plastic crossover pipes has a hairline crack, which opens up when the coolant is hot and under pressure, and then closes up when the engine is off and the coolant has cooled down.

Check the color of the transmission fluid. 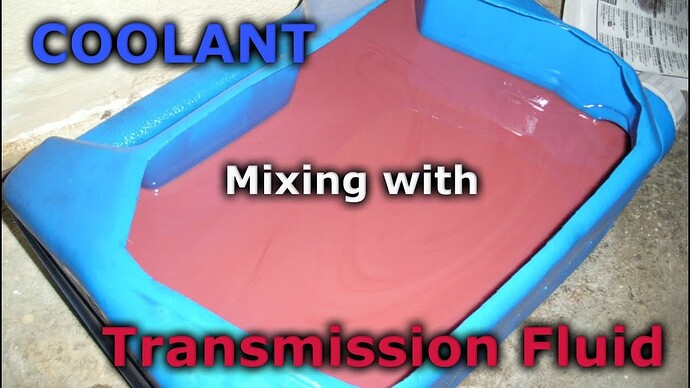 I have been noticing that a lot of the new coolants have interesting characteristics. A small leak for example which may have been noticed as a drip can sometimes evaporate causing the coolant to only leave a colored residue in the place where the leak existed. Take a close look and inspect for signs of leaking around all the component.s

might be worth putting some UV dye in the coolant, driving it for awhile, then looking underneath with a black light to see if you can find the leak. That would rule out water pump, seals, etc. I would think you would’ve found a leak like that when you pressure tested the system, though.