cruise light . check engine, tire low dash buttons on and won’t sTART. i HAVE HAD IT IN THE SHOP 4 TIMES IN TWO MONTHS, AFTER OVERHEATING. NEW RADIATOR INSTALLED, SOME PISTON OR OTHER PART REPAIRED. BOUGHT IN 2021 IT NEEDED A HEAD GASGET 1 MONTH AFTER BOUGHT. HELP!!!

Were these lights on before the no-start?
does it just click when you try to start it? Or does it turn over but does not start?
If there is just a click sound in the starter when trying to start, then the lights on the dash would be normal and the battery is low on charge. it has enough power to turn the accessories on but not enough to start the vehicle.

If your Subaru needs a head gasket, replace it. There is nothing we can do for you. 13 year old Subarus blow head gaskets. It is their “thing.”

If this happened a month after you bought it, the head gasket was likely already blown when you bought it. We always recommend having a pre-purchase inspection by YOUR mechanic before you buy. 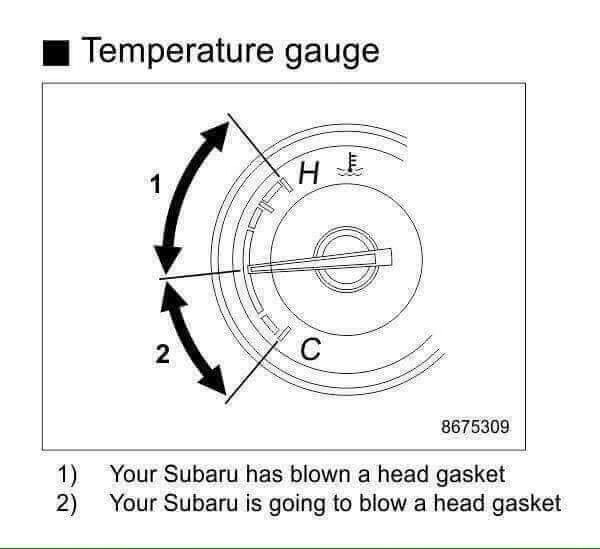 It may be easier to take things one at a time. What are the codes tied to the check engine light? If the cruise light is flashing it may be because of a problem with the catalytic converter. Have you checked the level of air in the tires? If the level is OK it may be time to replace the TPMS sensors since they are more than 12 years old. Has the head gasket actually been replaced? Did the overheating occur after that was done? When you say it won’t start, does that mean that it seems to be completely dead or that it cranks but doesn’t run? Working each problem through on its own is more productive than getting overwhelmed by everything at once. Also, if your mechanic has looked at this 4 times and you still have problems, a different mechanic might be a good idea.

OP had head gaskets done 1 month after buying. Too bad they couldn’t replace radiator with motor out. Would have been easier.

Sounds like they did replace the gasket and radiator already. If the dealer can’t figure out why it won’t start and sort out the electrical issues, you are quickly approaching the time to cut your losses. There should be a law against selling ten year old subbies.

IN THE SHOP 4 TIMES IN TWO MONTHS

We do not know if a chain, independent, or dealership.

SOME PISTON OR OTHER PART REPAIRED

You bought an 11 year old car, you didn’t do enough research to find out Subarus have head gasket problems as they age, what do you expect of us?

So used '10 Forester purchased in 2021, one month later head gasket replaced? Was overheating the reason for the head gasket replacement? Suggest to return to the shop that replaced the head gasket. May still be some problem they’ve overlooked. & the work needed to resolve the problem may be covered by the terms of the repair warranty. The current overheating symptom, could be something minor, like the pressure cap isn’t holding pressure or water pump problem. Suggest to keep a record of coolant level over time, and conditions that it overheats, will aid shop’s diagnosis.

NEW RADIATOR INSTALLED, SOME PISTON OR OTHER PART REPAIRED.

Repairing an engine piston is a very time consuming and expensive job. I doubt that is the part. Suggest to ask shop to clarify which parts have been repaired, and post here for better help. Also suggest to post engine and transmission configuration.

A few other clarifications …

Has shop done a cooling system pressure test? Have they tested the water pump flow rate? Checked/replaced the cooling system thermostat? Did the engine severely overheat, coolant temp gauge pegged, lots of steam from engine compartment, before the fail-to-start symptom began? Suggest to defer the cruise control issue for now. May be solved automatically, once the other problem(s) solved. Ask your shop to make sure tires are properly inflated, otherwise defer that issue too.

Folks posting here seem to like their Forester’s quite a bit, so pretty good chance you’ll be enjoying it once these issues are finally resolved. If I had a Forester myself I’d be replacing the coolant with fresh stuff at least every two years, maybe every year. Relatively inexpensive and proactive maintenance for these engines.

I don’t have that gauge. I do have a blue light that shines when cold. If it turns red, then you have a blown head gasket.

If I had a Forester myself I’d be replacing the coolant with fresh stuff at least every two years, maybe every year.

You would more likely do more damage. These are notoriously difficult to bleed, no bleed screw. The recommended replacement schedule is 11 years or 110k miles. I did mine summer before last and held my breath for 6 months after.