Have a 2010 Chrysler 300c with around 160k km. A day ago noticed when I parked that the engine RPM in drive was lower than usual (~ RPM) and shifted to P which returned it back to normal (675~ - 700 ~) and thought nothing of it since it has not happened again. Today when I parked and shifted to park (Do not remember from what gear, either N or D) the car shut off as if it stalled.

About half a year ago I had the top part of the engine rebuilt. Had the engine oil, transmission oil, and filters replaced.

What could be the problem? I am thinking a sensor since the environment here gets the car dirty quick from sand and wind.

The first thing to try is cleaning the electronic throttle body, 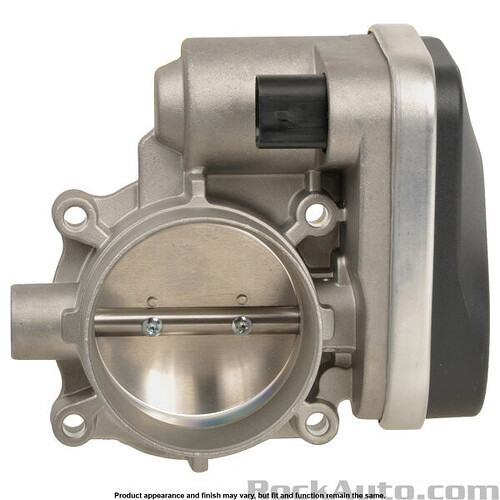 Alright, I was thinking it is maybe dirty since I just ran a diagnostic tool and no codes came up. I will see when I have time and reply to you. Thanks.

I might ask why the top end was rebuilt and how that is defined. The top end means cylinder heads, pistons, rings,. The lower end means block, crankshaft, rods, and so on.

One always has to wonder about vacuum leaks or something more serious since it involves various top end components affecting compression.

The car had a spun bearing, had the crankshaft replaced since it was only running on 7 cylinders. And the cylinder heads got cleaned and replaced the valve heads. I do not remember exactly what has been done since I was not the one that done it but I know it was something around those lines.

So I think that would be defined as top end.

No issues there. Went to a mechanic and had him inspect the car, he could not find anything and unfortunately the problems just happened to stop when I stopped by.

Something that I noticed though, after some use the rpm at idle would change a little and you could hear some sort of maybe electrical short under the car. Today though, I had no such issues. Really unusual.