Took my 2009 Toyota Camry (50K miles,4-cyl) for an oil change at a dealer. I was surprised to find out many issues with my car shown in a multi-point check report as I do not drive excessively. The major concerns are:

These price quotes seem expensive to me but are they actually decent quotes? The first one was recommended in my last visit as well so the problem remains, but what could be the reasons for low engine oil level? Are they expensive to be fixed?

As to the last two, from a hindsight, I do recall that recently when I do u-turns my car gets a bit unsteady but I did not hear any strange noise. There are lots of speed bumps in my neighborhood. Would it be unsafe to continue driving with these three conditions locally and on freeways? And what would be better and more cost efficient ways to get the problems well fixed? I researched online and some said that some technicians may not be that familiar with Toyota parts so they ended up taking their cars back to dealers for repair after going to independent repair shops. Are the three conditions mentioned here recommended to be fixed at a dealer (I heard it’s better to go with genuine Toyota brake pads but not sure about the others)? As someone who doesn’t know much about cars, your suggestions would be greatly appreciated! Thanks!!

$145 to diagnose low engine oil level? That is just plain silly. You need to learn how to check your oil. Do it right after an oil change, I would not even drive off the property. Because you suspect a problem I would do it weekly at first, then after you find out you don’t have a problem you can do it monthly. If you are getting 1500 mikes to a quart just add oil as necessary, don’t let it get it more than a quart low.

Shocks and struts, a little seepage is not a reason to replace them if they are performing ok.

Cracks in suspension bushings come with age and don’t usually stop them from functioning.

I would look in the mechanics files on this website to find a shop in your area and have your car evaluated.

Thanks so much oldtimer_11 for your suggestions. Greatly appreciate it!

What is there to “diagnose”? I assume the engine is burning oil, and you aren’t checking/adding often enough. I certainly would not agree to pay for this “service” because it serves no purpose. Say for the sake of argument they do the oil consumption test and find that the engine uses oil. Are you going to spend thousands of dollars to rebuild or replace an engine that runs fine?

Shocks and struts do wear out, however the mere fact that they are leaking does not mean they are worn out. Unless you like to drive over speed bumps and other obstacles at high speed, or do a lot of driving on dirt roads, I can’t imagine the struts are worn at only 50,000 miles.

Depending on where you live, this might be valid. Here in the desert, it’s not unheard of for rubber parts to turn hard and brittle in 10 years. I think this price is a little high though.

(more than 1 quart but I saw no warning light for this)
I am not going to research this, but I doubt your car has an oil level indicator, only oil pressure gauge or light.
As oldtimer_11 said you need to check your oil and add as necessary.

The first one was recommended in my last visit as well so the problem remains, but what could be the reasons for low engine oil level?

You don’t seem to understand that oil is critical to your engine. If you keep letting it run low like this, you’ll damage your engine and cost yourself a lot of money unnecessarily. You need to start checking your oil on a regular basis as explained in your owner’s manual. As for a warning light, on most cars the only warning light is for oil pressure. If that one comes on, you’ve already done some damage.

You don’t need a dealer for a 2009 Toyota , there is nothing special so where ever you read that some mechanic can’t work on them is just wrong. Also Toyota does not make the brake pads .
Take this to a shop that is recommended by your friends or relatives for a second opinion.

Check the oil level in your engine more often and add the oil indicated on the oil cap.

The front sway bar bushings might have worn out due to the worn struts/shocks. 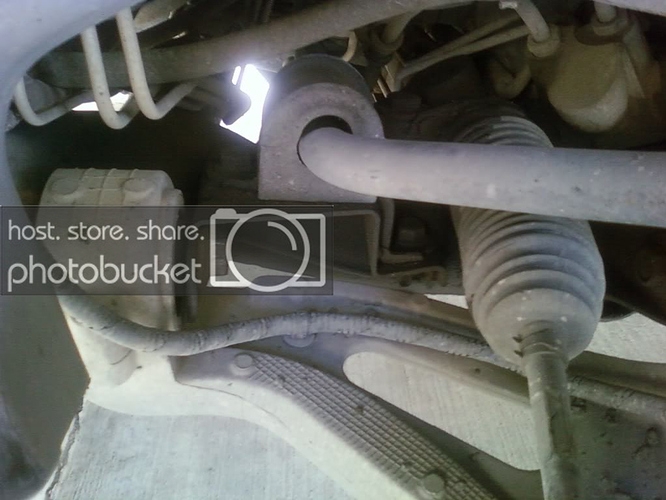 This is a scam many dealers and a independents use all the time. Same thing happened to me when I had to have a exhaust flange replaced on my 90 Pathfinder. Went to a local exhaust shop (I don’t work on exhaust due to usually needing a torch and a lift), but they didn’t carry that part and even suggested I take it to the dealer.

Went to dealer and 20 minutes after they put my truck on a lift they came out with a list of problems for a total cost of over $2,000. Good portion of that cost was the timing belt. I asked them how they determined by timing belt needed replacing. “Well sir - we show now record of you ever having it done in our shop”. They then go over of why I need it replaced since it was way past due. Problem with their theory was - 2 weeks earlier I already replaced my timing belt. On that vehicle it’s not a hard job. One of the other repairs was the cam-seals (which they didn’t discount because they were replacing the timing belt at same time. Again I asked them how they determined that. Answer - They found some oil drips and only a cam seal could be the problem. I asked - “Did you remove the timing belt cover”. “No, there was no need”. The oil was actually caused by me when I did an oil change the day before…I accidentally spilled a little.

I then told them to take my truck off the rack and give me my keys back. “Don’t you want us to fix this?” Answer - “Not from you crooks”.

When I bought my next Pathfinder in 98 - I drove 20 miles past these crooks to another dealer. This dealership will never get my business.

It sounds like you’re never bothering to check the engine oil level and this is something that should be done on a regular basis.

By allowing the engine oil to run low you are exacerbating the problem.

You do not need a dealer for any of this. Whether your car needs struts/sway bar bushings I do not know abut the car is 11 years old so it is entirely possible they’re due.

What is there to “diagnose”? I assume the engine is burning oil, and you aren’t checking/adding often enough. I certainly would not agree to pay for this “service” because it serves no purpose. Say for the sake of argument they do the oil consumption test and find that the engine uses oil. Are you going to spend thousands of dollars to rebuild or replace an engine that runs fine?

Thanks bcohen2010 for pointing this out and other comments. I only bring my car for an oil change every 5000 miles so now I know I should check/add oil often to maintain my engine before my engine breaks down. I thought identifying the problems of low engine oil level would guide a way to fix (maybe the engine, spark plugs, etc.) because I do not want to drive my car with a fire hazard. After reading all the comments, it seems to me now that it all comes down to maintaining the health of the engine by checking/adding oil often from now on and I bear in mind that my engine burns oil more than when my car was new. Thanks again!

Thanks Purebred, lion9car, VOLVO_V70, ok4450. Now I know I need to check my oil and add as necessary more often as you all suggested, not just every 5000 miles. And you are right, it’s oil pressure light. Thanks again!

Thanks so much for your comments, Tester! I am planning to bring my car for evaluation at an independent mechanic. I feel struts/shocks and sway-bar bushings may be related issues as well. Thanks again.

Thanks for sharing your experience, MikeInNH! I need to keep a skeptical mind and have sufficient knowledge of my car before visiting dealers or independent mechanics. Somehow I feel my dealer is raising objective observations in the multi-point check report because he didn’t tell me all these issues on spot; I only read the report when I went back home and got surprised!

The first one was recommended in my last visit as well so the problem remains, but what could be the reasons for low engine oil level? Are they expensive to be fixed?

If your vehicle’s date-of-first-use was before 07-23-2009 that warranty has expired.

Thanks Nevada_545 for this information. Too bad that warranty has expired for my car…

Now that you know to check the oil, start keeping a written record of how much you add and how many miles are on the car when you add it. The goal is to calculate how many miles you drive for each quart you add. That is the standard measure for oil consumption. Once you know that number, tell us and we can the discuss whether there is any real problem.

The OP states the oil consumption is more than 1 qt/5000 miles.

Not bad if the OP keeps an eye on the oil level.

Right. The question is how much more.

Enough to get the attention of the person performing the oil change. I suspect that the staff is instructed to check the oil level on these cars to find the vehicles that need repair so they can collect the warranty money, each one is a couple of thousand dollars.