The nature of this problem is strange, kind of puzzling me. Van has 156k miles on it.

When this happens, lately, seems like the transmission gets a 3 second scraping noise when…

The fact it seems to be intermittent leads me to believe it’s due to some electrical failure, but not entirely sure. Almost thinking a failing torque converter could be at play, seems like I noticed a shudder at 30-45 mph which is why I pulled over to check if one of my tires popped, which they normally do. But I eventually concluded it was due to the nature of the road, since it was repeated on that same stretch of road. So not sure what’s going on, had hopes that terminal transmission problems would happen a bit later than this.

Checked transmission fluid, looked brown with maybe a few tiny specks in it. Seemed like fluid level was appropriate, was just below the “hot” mark when the engine was cold.

Checked transmission fluid, looked brown with maybe a few tiny specks in it. Seemed like fluid level was appropriate

I see a replacement transmission in your future. 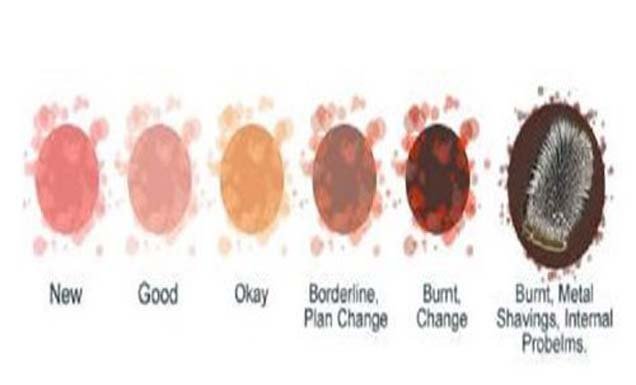 Took a closer look at the transmission fluid on the dipstick, didn’t see specks or glittering in it after close investigation under the sun (Other than the fluid gleaning from the sun when held up to it), but does look like “darker brown” in color. Guides online suggest this means I need to change the auto trans fluid.

It’s puzzling, because when the dashboard circuitry seems to have power to it (led mileage display turns on, oil temp reads,etc.), there seems to be no 3 second scraping noises at startup or when shifting between park and reverse and drive, seems to shift pretty smoothly and quietly like normal. I’d think a mechanical problem would be more consistent than this, just don’t know what’s happening exactly and of course, I think transmission, I think end of vehicle life, lol.

how frequently have you been servicing the fluid and filter?

I think the instrument panel not working is probably a seperate issue. GM was known to have issues with the gauges around that time. Mainly, solder joints would break and lose contact and stepper motors that controlled the gauges would fail. Was really common in the trucks and Lesabre (I have a 2005 model of each!).

I’m not sure about the transmission scraping noise…

Mileage is 156,000 miles and I’ve never serviced the transmission fluid, and I bought the vehicle at 123,000 miles and have no idea of prior tranmission service history.

Based on everything stated so far . . .

I would consider your van’s days to be numbered