1998 Dodge Neon, stereo will not turn on after disconnecting the battery

OK, I have a 1998 Dodge Neon and had to replace the radiator. To do so I had to pull out the battery and the mount and everything. Upon putting everything back together, the car runs great and all works well except my stereo will not turn on! It is totally dead, can’t get it to power up or anything. So I went through all the checks, fuses are all ok (in the console and on the back of the stereo itself), I unplugged the stereo and plugged it back in, pushed the reset button on the stereo, and completely disconnected and reconnected the battery… I’m not sure what else to do.

Now I would simply assume the stereo died, but it was working fine earlier in the day before I took the battery out, not even 8 hours prior. Also, about a year and a half ago I had to replace my battery and this same thing happened. The same stereo seemed dead and I went through all the checks i mentioned previously with no luck. I was about to purchase a new stereo a few weeks later and I plugged it in one last time to double check it and the stereo came on and has worked fine up to today! So I know the stereo isn’t bad, there is just something I am missing here and I would really appreciate it if anyone has any input or advice…

TL;DR Car stereo won’t turn on, its happened before, and randomly started working again, but now I can’t get it back on yet after a battery disconnection.

Check your owners manual, your radio may require a code to be entered to get it to work again. Originally, the code would have been on a tag hanging from the key. Most first owners will write the code somewhere in the owners manual, some just throw the tag in the glove box. Worse case is the original owner just threw the tag away or lost it.

The owners manual will explain the procedure for entering the code. If you can’t find the code you need, the dealer can provide it based on the VIN, but many charge for this service, and that charge may make you consider a new aftermarket head unit, particularly if you are interested in some of the new features that weren’t available back in 98.

It may also have a sundown feature on the code where if power has been applied for long enough, it no longer requires a code and the radio will just start working again.

The code was for theft deterrence.

But the stereo will not turn on at all, period. It is totally dead, so there would be no way to enter a code in if I had one…

If this is a factory radio they have been known to “lock up” electronically during a battery disconnect. Not a very common occurrence but it happens. You can try disconnecting the battery or radio again but at this point I would replace the radio.

Those factory flat face radios were used until 2002 and you should be able to find a used one for $20.

There is no security code used on north american produced Chrysler products during that time period.

No it’s an aftermarket stereo, I replaced it along with the speakers a few years back. It’s a JVC kd-r320

Maybe the “anti-theft” feature of your JBL is to play possum for two weeks…;-] 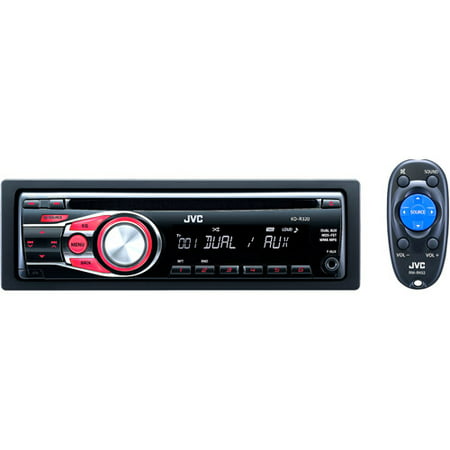 If it is wired correctly, battery voltage, ignition voltage and ground but not working, I would replace it.

I think what I’d do – before breaking down and replacing the radio – I’d fiddle with the power connector. Corrosion on the pins & sockets can cause this symptom. Unplug it, plug it back in. Several times. No go? Then repeat a dozen times. Look carefully at the pins and sockets. See any discoloration? If so, clean those pins and sockets up best you can (disconnect the battery before doing that.) Still won’t work? With the battery connected, and the connector plugged in, wiggle it and the wires, while a helper presses the “on” button on and off. Maybe you have a broken wire in the radio’s power harness, and this might get it to work briefly, so at least you know what the problem is.

Be sure to measure the harness pins for the proper voltage and ground.

Still a no-go? I’d remove the radio, bring it to my work bench, connect up a power supply (or use a spare fully charged battery) using a new harness connector. No connector? Then I’d just solder to the appropriate wires. Still a no go? Buy a new radio.