1996 Celica not moving as it should

Greetings,
I am thankful for Car Talk and this is my first log in so you know my car is about to die.
I have a theoretical question so as not to break any laws. Also my car does not need an emissions check for another year.

I have a 1996 Toytota Celica GT coupe automatic, 2.2 liter engine with nearly 300k miles if the odometer even works right I don’t know. I do not want to ‘spend money’ because it could die for any number of reasons. When I push the gas the car does not move like it should. This has been noticeable for about 2 months. It is worse at stop-go intersections than steady highway. I have to push the pedal very slowly to get power.

I have changed spark plugs,oil. I checked transmission fluid 2 hours after turning off the engine with the hood up. According to the “cool” markings it has enough. The air filter looks normal. No fuse problems.

The shop says it will cost $250 to check the computer. From there it would cost $500 + for a new catalytic converter. I need tires which will cost $400 and the seat belt isn’t what it used to be. I also have a front light lens made out of clear mailing tape. No passenger seat because I had to swap it out when the driver seat collapsed in on itself. The convertible roof is locked shut. The car was free to me over 5 years ago, a beauty of a death trap. I only drive to/from work 15 min each way. In any case, when it does die I’m taking the bus for a year. If I had $2k to fix what is broken I could put it towards a newer car. Of course selling cars is a dishonest business practice and I don’t have money to haggle. When it does die, I promise to donate it NPR Car Talk for a $500 tax credit.

Ok, so my question is: Is there a simple DIY around the catalytic converter? Can I just remove the exhaust or clean it somehow with magic additive? How can I keep this car going? I’m hoping to put some used tires on it for the snow but now that it won’t accelerate I’m afraid of the worst.

Who among you wants to give some advice on this beauty of a problem?
Any advice would be appreciated.
Thank you,
Roland

Take it to a junkyard tomorrow.

Don’t put any more money, time, or effort into this car.

First get a diagnosis from someone who wants to consider working on the car. Quoting $250 “to check the computer” is code for “don’t wanna work on this POS unless you are certifiably a sucker with money to burn.”

This sounds more like a transmission probably than engine, but engine is easier to eliminate by some easy diagnostics: step one would be to disconnect the exhaust ahead of the catalytic convertor temporarily and see if it runs a lot better (will be noisy!)

Ok, so my question is: Is there a simple DIY around the catalytic converter?

Do you have the tools and expertise to remove the old one and replace it with a new one? Cat’s on Rock Auto aren’t expensive (looks like $93-115 for the Celica, note you didn’t mention which engine you have)…

Can I just remove the exhaust or clean it somehow with magic additive? 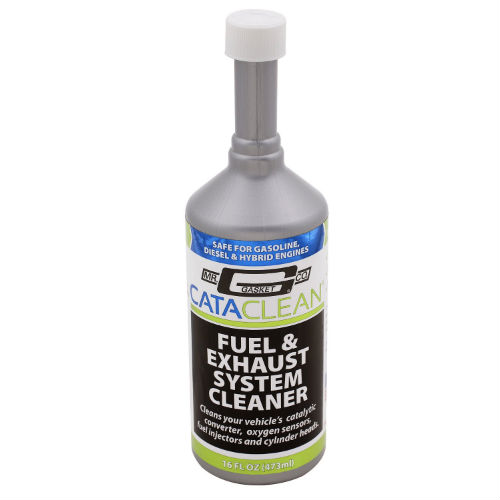 Catalytic Converter Cleaner Reviews - How to Clean Yours

never heard of the stuff, good to know. Does it actually help anything?

Here’s what others have to say who have used it.

Read 7 customer reviews of the Cataclean www.cataclean.com & compare with other Car Care at Review Centre

Here’s what others have to say who have used it.

Good to know. @Roland_Carver the stuff Tester recommended might be worth a shot. I mean, it’s not like it’ll cost you an arm and a leg!

That is not how to check the fluid level on any automatic I’ve ever owned. If it reads “full” like that, it is waaayyy low on fluid. Level is checked warm engine and transmission and engine ON. Unless your manual says to check it the way you did, do it my way. I’d be surprised if you can even see fluid on the dipstick. Add a little at a time, engine running, until it is at the proper point on the dipstick.

But considering everything else wrong, get ready to walk and bus to work.

Send this thing to the crusher. It has no business on the road . 2000.00 will not even fix a third of what is apparently wrong with this thing. As for the donation tax credit your 500.00 amount is optimistic .

Actually $500 is the minimum no matter the condition of the car since it’s a “deduction” donated to charity.

The way a vehicle donation works is the vehicle is donated . The person donating does not set the value . The agency sells or disposes of vehicle , deducts their expense from that amount and gives the donator a tax form stating the tax claim amount.

Actually $500 is the minimum no matter the condition of the car since it’s a “deduction” donated to charity.

Just the opposite " If the vehicle sells for less than $500, you can deduct the fair market value up to $500"

The fair market value of a vehicle is the price a donor could sell it in its current condition to another individual, willing seller or willing buyer, and represents the cash that a donor gives up in the form of the donation.

If the engine is balking, my guess is either a clogged cat or the valves are too loose & need adjusting. Sometimes you can completely remove the pre-cat O2 sensor. Not a solution, temporarily, as a test. That creates a extra place for the exhaust gasses to go to bypass the cat. If the balky engine problem seems to get noticeably better with the O2 sensor removed, that’s an indication of a clogged cat. The only legal way I’m aware of to fix a clogged cat is to replace it. There are less expensive replacement (than oem) cats available though so if the cat is the problem, price those out, for example at www.rockauto.com . If the problem is it needs a valve adjustment, ask your shop how much that would cost. On many cars that’s not a big job, so it might be within your price range.

BTW, if the car hasn’t had a proper tune-up, suggest to do that before deciding. In order of priority: New plugs- properly gapped, new distributor cap and rotor, new spark plug wires, new engine air filter, idle rpm and timing check, new fuel filter. And check for any diagnostic codes. Best of luck.

You transmission fluid should be checked with the engine running and the car driven enough to be fully warmed up.

I don’t think anyone is going to answer your question about your converter.

I checked transmission fluid 2 hours after turning off the engine with the hood up.

This is wrong!!! The instructions should be on the dip stick." Engine Running and transmission in neutral and at normal operating Temperature".

I sure hope you had the hood up. It’s tough to reach the dipstick with the hood closed.

But it does sound like you need to take the bus permanently.
Cars have a cost to keep them running.
You don’t want to fix anything, or spend any money!!! You just want a miracle fix.

I have a 1996 Toytota Celica GT coupe automatic, 2.2 liter engine with nearly 300k miles if the odometer even works right I don’t know. I do not want to ‘spend money’ because it could die for any number of reasons

If it were mine, I’d be donating it first thing in the morning, this car is going to die on you at the worst possible moment, like when you pull out in front of that semi, or die in the middle of rush hour traffic and cost you $200.00 to get it towed, or $500.00 to get it out of impound.

If it sells for less than $500 you can deduct up to $500? Ok that’s doesn’t really make sense. “Fair market” If it deducts for more than $500 you can take what it is worth exactly. If it’s less than $500 they don’t actually report it to you and you just take the standard $500. I did it before with npr. They sent me a letter. It’s a deduction not income. Don’t over think it.

Since we ventured into taxes. Would you be required to itemize to claim a charitable deduction?

Yes, as always. But now that the standard deduction has been raised a lot, it’s not worth doing the record keeping and paperwork for many of us who have been itemizing, because it will not reduce our tax.