i have a 1985 ford f150 pickup, , i was on the hiway, and suddeny the truck stalled out and stop. waited 10 mins. started up, went about 100 or 200 feet stall ed out again. had it towed home. waited 10 mins again ,started up let it run for a while and then stalled out and died. try starting it and it won’t run, it will crank, but no run. replaceed modular, distributor, coil, fuel pump. can you help me??

just a thought… with that old of a truck maybe the gas gauge is off, and you are empty.

with that old of a truck maybe the gas gauge is off, and you are empty.

The ignition control module may have failed.

Your year truck may have the EECIV ignition control module. 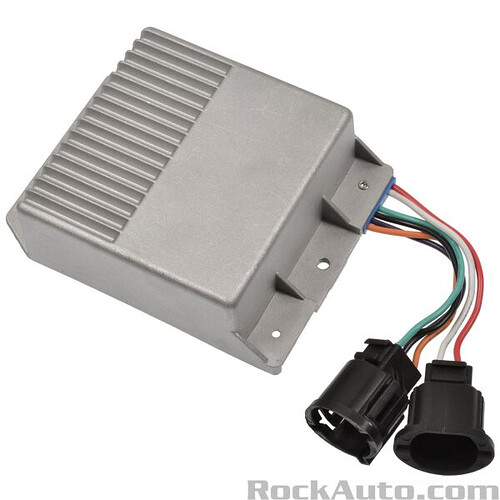 which is mounted on top of the left fender well.

Or it may have TFI ignition control module, 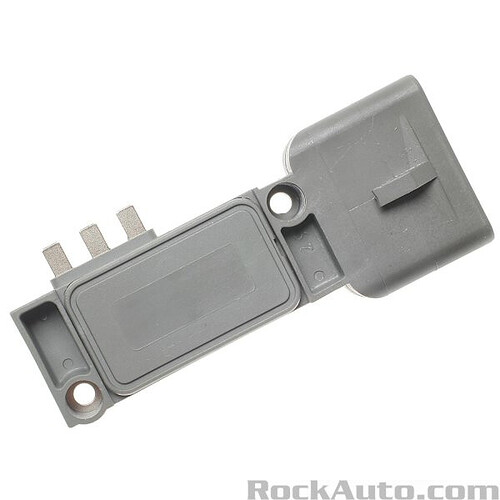 which is mounted on the distributor.

This was such a common problem with Fords of this era, that I carried an extra one in my Fords in case it failed and left me stranded.

It might help if you provided which engine your truck has and the meaning of “modular”.

Most engines were carbureted but one or two were fuel injected and does modular mean module?

Carbed or fuel injected could mean different directions on causes and even the ignition switch is not out of the equation. I have not pulled a wiring diagram but many Fords run the cabin blower motor current through the switch. As the motor wears the current draw goes up and over the years the switch can fry and lose contact due to burning.

the first step towards a soluton is to determine whether the reason it cranks but won’t start is either no-fuel, or no-spark. Ask shop to check for visible healthy blue-ish colored spark at the tip of a spark plug during cranking, or if fuel is being delivered to engine innards. No experience with mid-80’s Ford trucks, but my early 70’s Ford truck, I check for spark during cranking using a spare spark plug. One time I verified spark appeared, but it was red-ish, not blue-ish. That was enough to prevent starting. Turned out problem was oxidation of ignition points. Fuel flow into carb is fairly easy test, but fuel injection, that’s more difficult, and how to do it depends on your fuel injection system configuration. If you have traditional electronic controlled port fuel injectors , might be able to use a noid test light to determine at least if fuel injectors are being pulsed.

Symptoms seem consistent w/faulty crank position sensor or faulty fuel pump. Suggest to discontinue the replace this, replace that approach, and figure out the fuel vs spark issue first.

Where’s the crank sensor on this truck?

No experience w/OP’s make/model/year, just a diyer. I’d guess it’s configured similar to my Corolla of similar vintage, cranks sensor is inside the distributor.

Then let the people who do have experience answer .

cranks sensor is inside the distributor.

replaceed modular, distributor, coil, fuel pump. can you help me??

Yes, I saw that. A replaced distributor isn’t guaranteed to be one that actually works. I expect OP is able to make their own decisions on what to do based on a variety of guesses here. If OP decides to disregard my ideas b/c I’m just an ordinary diyer with an older Ford truck , that’s ok. OP, as you work your way through the problem, maybe you could let us know which ideas were most helpful, and which were least helpful. If OP prefers I don’t post further in this thread, that’s ok too, just let me know.