1970 Buick Skylark Special Convertible with a wiring harness that was a complete mess from someone that had worked on the car previously due to a slow electrical leak. For the past six months it has been pretty much sitting at a mechanics shop and I know I am being taken advantage of (really annoying at 71yrs old). That said, when I pick it up this friday (or not…- again) I fear it will not be fixed. I plan on paying the guy and just writing it off as a scam. Does anyone know someone in the Orlando FL area that works on Wiring Harnesses?

At the top of the page there is a Mechanics File button , click on that for shops near you. But what you really need is a classic restoration shop or a hot rod shop and they will just replace the entire wiring system and it will not be cheap.

Like @VOLVO_V70 said, you need a custom or restoration shop to address this. Search on Google for shops around the Orlando area. But don’t limit yourself to JUST the Orlando area. Sometimes to find the right shop requires travel. You DO want this fixed correctly, right?

There ARE replacement harnesses available that are direct replacements that make this a lot easier. An example below:

What I think you should be writing off at this point is that car. Its too old to be reliable, was never a particularly good car, and it needs the equivalent of a new spinal cord. For far less money then it would cost to fix this car, you could buy a newer more reliable replacement.

A clean 1970 Buick Skylark Custom Convertible is a classic and could be a rare car that would be worth some money to the right buyer. There were less than 5,000 of these built. Unfortunately, a chopped up harness is not a rare situation. The good news is that these cars were not very sophisticated. You just need someone familiar with restorations as was mentioned. I would rescue the car from this shop and contrary to paying him off, would argue they had the car for an eternity and unless they fixed it, they shouldn’t charge you much if anything. Then look for local hot rod nights or clubs and ask around for recommendations on someone to fix it right.

I just checked Hemmings. Four 1970 Skylarks listed, no convertibles. And the only Skylark I’d associate with the word “classic” is the one from 1953.

Convertible could easily be worth twice the coupe value. And like it or not, the GM intermediates (Skylark, Tempest, GTO, Malibu, Cutlass) are considered classics by many, as are most pre-'73 cars.

If someone has a car like this one, they know it’s not a transportation vehicle. They know it’s a hobby or a precious possession, and they have a serious question. What business is it of ours to debate the value of the car or the owner’s wisdom? If you can help, then help. If you want to vent your opinion about the car, I suggest you do it somewhere else.

I bet there are classic car shows and clubs near you with folks who know shops that can help you.

I’m in favor of contacting a local car club. Odds are someone in that club can sort it out or they will know someone who can.

My sister had a
'69 Skylark and it was a great car as a daily driver. The only reason she got rid of it was because she found a nice GTO for sale.

OK , I don’t agree with Mopar Guy but he just expressed an opinion and did not call Cheryl any names . Maybe she is thinking about this as a daily driver or not and I feel certain that she is able to ignore any responses that don’t go along with her thoughts. It is a Forum for Pete’s Sake.

The only cars that can genuinely be called “classics” are those designated as such by the Classic Car Club of America, and there are very few of them. Neither my 1960 Chrysler 300F or my 62 Caddy are classics, for example, just old cars.

Oh fer crying out loud. Most folks have a MUCH broader definition of Classic Cars

@old_mopar_guy that is the Club’s definition of Classic, not a universal one. Classic Car Club of America is not the definitive judge of what is and what is not a classic. Their cutoff date is 1948. Pretty arbitrary, isn’t it?

There are thousands of classic car clubs and each of them has their own definition.

L&J Auto comes highly recommended on Google at least, a few others on the list including the car bar.

Whichever shop you choose would most likely want to order a new harness from Painless Wiring or a similar vendor. Basically a whole new wiring harness that could be customized to fit what has been added/changed on the car.

Any old car is a fun car. agreed they are not that complicated, It might be someone did a wrong fix, I don’t mean to sound over confident, but if it was in my garage I WOULD FIX IT. I am doubtful about the diagnosis being the problem, but only a botched solution. Now you have to fix both, imhop

As you’ve discovered it isn’t easy to get repairs done for a 1970 Buick. It would be a lot easier if it were a 2007 Buick, even better a 2007 Honda Civic, but I expect you already know that. Were I in your situation I’d seek advice from somebody knowledgeable about classic Buicks. They’d know of shops in your area who do quality work on these sorts of vehicles. Living in Florida has an upside for you; there’s more interest in classic cars there than in say Denver, b/c the Florida climate isn’t as hard on a car as the salt-treated winter roads in Colorado. I did a quick Google search 'buick classic Orlando car clubs" and found the following link, there are more, you can search for yourself if you like. Email one of those folks for some advice for a good shop that works on classic Buicks. Bring plenty of money, it’s not likely going to be an inexpensive project. 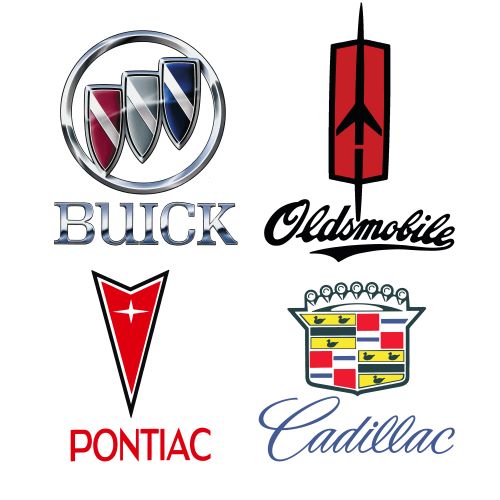 Hosted by the Old Club of Florida.  Open to all years, makes, and models of Buick, Oldsmobile, Pontiac, and Cadillac are welcome.  Top 10 participant judged awards to each make plus specialty awards.  Music by Tom’s Traveling...

This must be a highly incompetent shop. If they can’t hash it out after 2 weeks they should have thrown in the towel and simply said the wiring is a mess so we’re out.

A parasitic draw on a car like this should not be difficult to find as there are no electronics and the wiring is comparatively simple vs 1981 and up cars where ECMs and so on came into play.

Draw in a trunk light, stereo, possible alternator, and to a far lesser degree a bare spot in a wire shorting it to ground or an internal short in the battery is just about it.

a wiring harness that was a complete mess from someone that had worked on the car previously due to a slow electrical leak.

Did that problem go away?

sitting at a mechanics shop and I know I am being taken advantage of (really annoying at 71yrs old).

What are you having repaired at this time?

As you discovered, any wiring harness that’s 40 years old is almost certainly toast but the bright side is that a new replacement is easily available and more important, the process of installing it provides the opportunity to clean up any questionable connections and parts that will drive you crazy in the future.

The part itself is relatively inexpensive and installation requires no exotic tools or mechanical knowledge beyond an ability to follow a map, the patience to check your work as you go and the willingness to commit the time to do it right so you might want to DIY.

The reward, besides the cost savings, is that when you’re done you’ll know that the job is done right. Connections clean and sealed, wires properly routed and secured and no shortcuts taken.