Embedded in this article is the real reason GM and Ford are dropping sedans and concentrating on trucks. Profit Margin in Pickups is several time higher then a sedan. 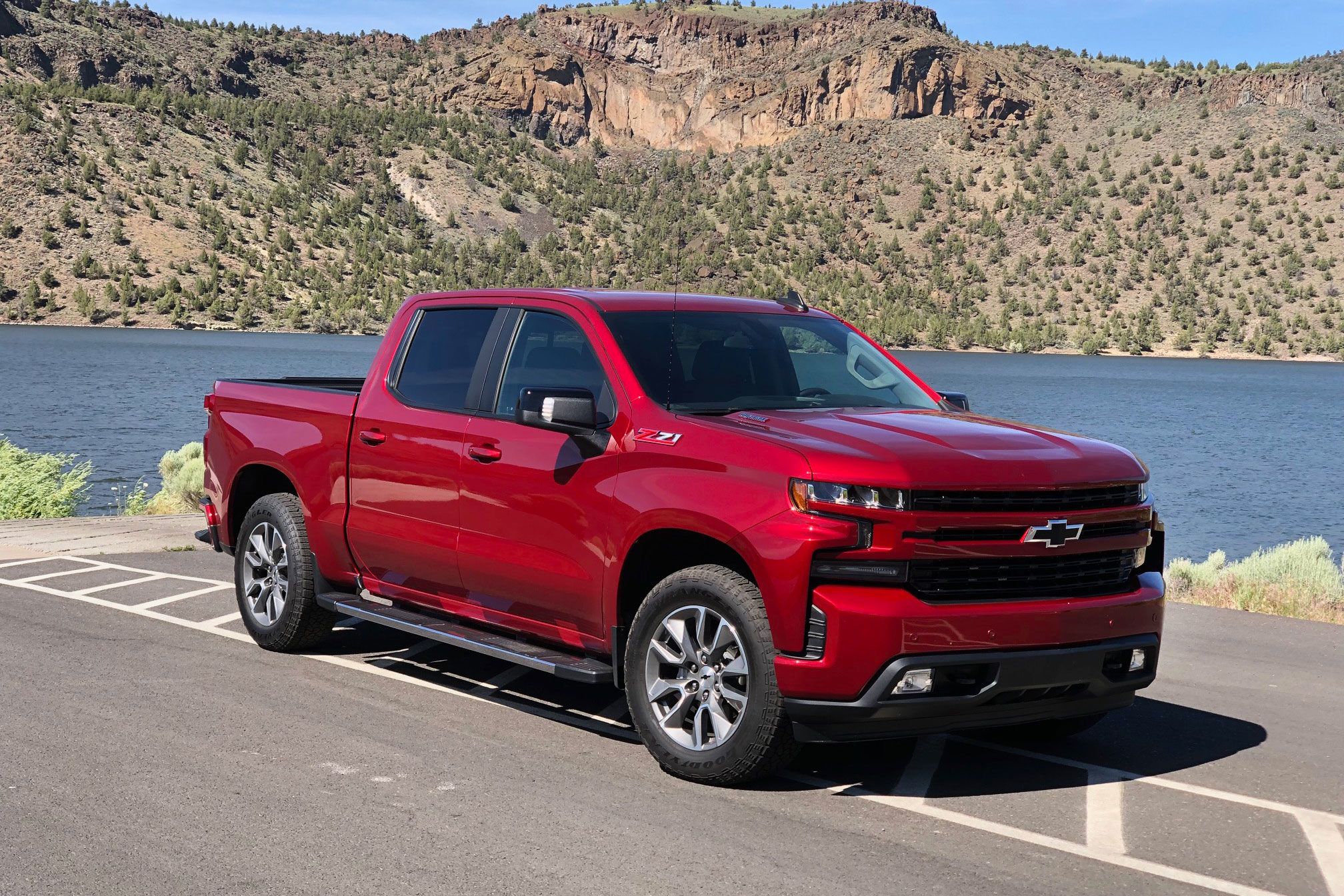 Chevy is working on a truck that could be the first pickup to top $100,000

Chevy is just rolling out an all-new version of its heavy-duty Silverado with the new High Country trim package that could become the first U.S. pickup to top $100,000, Chevy truck marketing chief Sandor Piszar said in an interview.

They are still thinking short term.

They are still thinking short term

Well, you still have to pay the bills. I’d certainly think less of the company if they completely abandoned all existing money making propositions to concentrate on what might eventually lead to a profit making endeavor…or not.

And seven years later that 100k truck is worth 8 grand if it’s used at all. Maybe more if it’s stored and becomes a sort of collectible vehicle like the LIttle Red Express and so on.

Seems like a niche gimmick to me and I’d be surprised if any interest by buyers is anything more than a few and short term.

The price of the pickups is only part of the story. The other part is the fact they are abandoning sedans for the PROFIT of the pickups. 10 years from now sedans may make a comeback…then what? They’ll be behind the 8-ball again.

Doesn’t surprise me at all. The truck fad is still in full swing. Isn’t a new full size truck like $60k+? The trucks have evolved into being almost useless as a truck. Can’t fit much in a 4 foot bed. Good for hauling your kids around though.

Imagine this was your business and the scenario you cited. Would you continue to design and produce less profitable vehicles for TEN years on the chance they might come back?

Profit Margin in Pickups is several time higher then a sedan.

It has been like that for a long time. At least they can make money on something.

And seven years later that 100k truck is worth 8 grand if it’s used at all.

That’s the buyer’s problem, not the builder’s. I have little sympathy for anyone that loses a lot in depreciation on their vehicles. Adults make decisions and they live with them.

Imagine this was your business and the scenario you cited. Would you continue to design and produce less profitable vehicles for TEN years on the chance they might come back?

And that same reasoning the big 4 used back in the 70’s to NOT build a small car because there wasn’t enough profit. And that’s why the big-4 became the Big-3, one of the Big-3 is foreign owned and only one of the Big-3 are in the top 3.

I’m still of the opinion that the ever growing length of car notes which is possible due to the cheap money available to investment banks is giving the auto industry, foreign and domestic the opportunity to tap further into the economic lives of Americans. From $12 a month for new shoes on HSN to $600 a month for 7 years at GM for a pickup Americans just can’t resist the sales pitch.

If/when the Fed is audited the news story will never be understood by the vast majority of Americans, even those able to afford the new pickups but I feel sure that there will be a shift in bank rates and the length of loans. And more Americans might become as practical in their choice of automobiles as the buyers of 2CVs 60 years ago.

The French weren’t so much practical as that was their only affordable choice. If Jacques needs to get his eggs to market, it is the only way he had. The horses had all become food.

8 hp 2 cylinder engine, 35 mph flat out and the crash worthiness of a beer can can be met or exceeded by golf cars, these days. For about the same price when adjusted for inflation.

The French weren’t so much practical as that was their only affordable choice. If Jacques needs to get his eggs to market, it is the only way he had. The horses had all become food.

+1
Post WW II, France–like most of Europe–was financially devatated, and as a result, the people had to make-do with what was available, and what they could afford.

In West Germany, they had a plethora of micro-cars, including the BMW Isetta.
Does anyone really think that BMW (the modern maker of “The Ultimate Driving Machine”) built that flimsy death trap because they wanted to?
No, they built it because that was all that market conditions would allow at that time.

Glad that some car makers are still making sedans and/or small SUVs (at least for now.) Not everyone can afford behemoth pick-ups with behemoth price tags. Most folks only need a basic grocery hauler even if many of us prefer the comfort of a mid-sized vehicle.

@Marnet has the right thought. The vehicles taking over for sedans are not trucks in the classical sense. They are SUVs big, bigger and biggest. The Blazer, Equinox, Explorer, Escape ect. I prefer cars and will continue to buy them. Most customers, however, don’t share my preferences.

For years, the auto industry has done its best to dictate the auto buying public. I think about my first car–a 1947 Pontiac Streamliner fastback. The vision to the rear was terrible. The rear window was more like a skylight. I think about the cars of the late 1950s with the enormous fins. In 5 model years, the fins were gone.
I am on my 5th minivan. I put them to good use. In fact, this morning, I took a group of people to a meeting 15 miles away where we met with the church hierarchy to confirm our choice of a minister for the church. I see minivans everywhere. I bought a Ford minivan from a dealer I liked. When I was ready for a new minivan, Ford no longer made minivans. I bought a Chevrolet Uplander minivan. When I was ready for a new minivan, GM had abandoned the market. I then bought Toyota Sienna. I could use a small pickup, but the Ford dealer thinks I should drive a 4 door F-150. The crew cab F-150 would be less useful for me than the Ford Courier compact of the 1970s.
I need vehicles that fit my needs, not my personality. If Mrs. Triedaq chose a vehicle for me that would fit my personality, it would be a Chevette diesel of the late 1970s. Like me, it makes a big stink and a lot of noise and doesn’t move very fast.

Trucks have a lower-than-you-might-expect depreciation curve. After 5 years most full sized american trucks will retain about 60% of their value. Diesels are typically higher still. Certain models/years change hands for way more than you might think. If you want to see this in action, check out what a low mileage (less than 120k) 1996-1997 F-350 4WD with the 7.3L powerstroke goes for. You can sell a good examples of those for $17k+ all day long.

Well about that Citroen, no one would waste their time marketing a CV2 these days but everything is somewhat relative and if the interest rate on an automobile was 18% again a Kia Soul without air might be a popular vehicle. When half the households in this country have an income less than $32,000 why is there no vehicle on the market they can afford?

An automobile is first and foremost a means of transportation and everything beyond a 5 speed Yaris without air is luxury that most people can’t afford. Most people cannot afford a 5 year old 4 door Silverado.

There’s no doubt in my mind at all that within 10 or 15 years (at most) climate change, diminishing materials and increasing shipping costs and also Millennial’s lack of interest in huge vehicles and in owning vehicles generally will change the transportation business completely. The companies that devote themselves to making these enormous mobile living rooms will be stuck without a product. It happened in the 70’s, and it will happen again.

When half the households in this country have an income less than $32,000

The median household income is $59,000 in the US. That means half are higher and half are lower. The $32,000 number is personal median income.

I’m a truck fan, myself. I like the torque, the roominess, the elevated seating position, and massive amounts of steel (or aluminum now) surrounding me. I like the utility (even with a 5’ bed, you do have way more hauling and towing capability, whether you use it or not).

But they’ve become so luxurious and tech laden (along with most vehicles), I’ve gotten priced out of the new vehicle market. I imagine I could afford a regular cab, 2wd, base engine work truck that is more than capable and more akin to the trucks of days gone by. But who wants to make payments on that when you see the crew cab (yes, I have a family) parked beside it? And leather is nice… and it might snow, or I might buy a boat, so 4wd might be handy…lol.

The crew cab, high optioned truck is the Cadillac of today. I can’t really blame GM or Ford for cashing in on what sells. If Ford were selling Crown Vic’s like hot cakes, they’d still be churning them out. But no one wants one. Why make them? And let’s be honest. The small car / suv market has been dominated by the Asian brands for years.

Strangely enough, I drive a Lesabre to work most days. It’s as good as a Camry as far as basic transportation, in my opinion. But people stopped buying them I suppose. So they don’t make them anymore.

I contend that the problem is not the cost of the vehicles but rather the low income of the majority of Americans, and this forum is likely not the place to explore that issue.