Would you buy this Category S car?

I’ve found a car that seems to be a brilliant deal but it had a category S insurance write off. (For anyone not in UK Cat S means structural and damage to the chassis). I’d like to get some car people’s opinions on whether or not it’s a good find or whether I should steer clear?

The car has done 10,000 miles only and is up for sale at £8,950, which is £4,500 cheaper than market value of the same car without a Cat S write off. The seller bought it and repaired it after it supposedly slid and crashed into a snowy bank. No airbags went off during the crash. He has sent me photos of before repair. Shown here:

The following have been replaced (and maybe more I’m not sure):
Bumper (genuine VW)

Headlight (although not brand new)

Door has had a dent removed

Here are the photos after the repair: 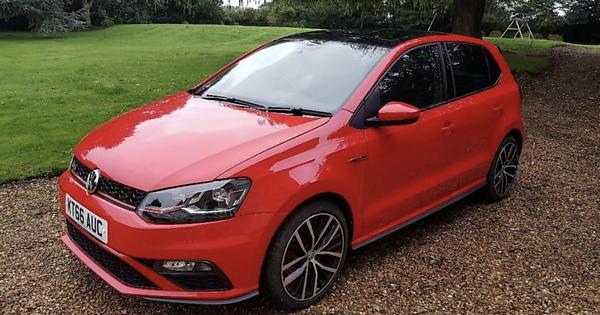 Like I say, there may have been other issues I’m not too sure and I don’t know huge amount about cars. The seller fixed most of it himself and he has bought and fixed a few Cat S/D cars.

The car has been through a full VW service for age and mileage and had their health check that said the tracking needed adjustment but that can be sorted easily. To me the damage doesn’t look too bad but I wondered what car people’s opinions were!

I would not, but if you do get an inspection done before purchase. Sure he made it look good, is there frame damage?. Some cars never recover from an accident to totally new, and check to see you can get insurance.

There is no frame in this car, it is a unibody car, that means the whole structure of the car provides the strength. Once some of that structural sheet metal is buckled it can be stretched so that key points are measured to be in the right place but their strength may be gone and those measurements may not remain stable.

This can result in among other things, tracking problems. Tracking problems can be adjusted to align the car but continue to move around as you drive resulting in a car that chews up its tires, handles poorly, and worst doesn’t have the strength to protect you in an accident.

These cars are usually sold to people who don’t know much about cars and think if a car looks like new it must be like new.

There are very few bargains in used cars. The seller knows what he has, you may not. I had 2 used cars that provided exceptional service for many year and bought one at “book” price and another at over book. Any “bargains” I got, I always eventually found out why they were so cheap.

Astute post, in my mind unibody represents the frame, but that is technically incorrect. Hoping for an not as old as oldtimer pass.

tracking needed adjustment but that can be sorted easily.

So why hasn’t it been done ? , if it’s that easy the seller would have done it.

Like I say, there may have been other issues I’m not too sure and I don’t know huge amount about cars.

You are in the UK and you have what is thought to be an inflexible entity ( the MOT ) and you are not vehicle savvy so why take a chance like this . I wouldn’t .

What type of discount are we talking about? What is cost vs an undamaged car?

OP says it is lower in cost by 4500.00 in UK money . But I doubt if he even knows if it can be insured .
He really needs to be asking people who have knowledge of rules in the UK such as the MOT and his insurance company.

Go ahead with your purchase.I had the same type of accident with my 2012 Corolla last year. Car was repaired and is good as new.

But did you end up with a salvage title ? Collision repair and totaled repair are not the same .

No,but I wonder why the Polo had a salvage title.Car seems to be in good shape and repairable.

I think two reasons 1. cost of repair compared to value of vehicle 2. This is the UK and the MOT ( Ministry of Transportation ) is more demanding than a lot of countries.

Of course,here in North America,if they see a bent radiator support that can be easily fixed by most body shops they will go ahead with the repair.I guess the rules are different in the UK.The only problem I find is that most collision repairs,except fender benders will end up in the carfax report and hurt the resale value of the vehicule,my car included.

tracking needed adjustment but that can be sorted easily

No, I don’t think it CAN be sorted easily or as @It_s_Me stated, the owner would have already done it.

I would walk away from this one.

I agree with oldtimer_11 and Mustangman. I’d avoid this one.

@oldtimer_11 thanks for your reply. You make some excellent points. I’m just surprised it’s a category S as it doesn’t look like it had a very hard impact but maybe that’s just my lack of knowledge.

If the left front wheel caught on to something and got pushed back hard the entire suspension apparatus that connects it to the rest of the car can be bent. Once bent, straightening may restore it to alignment but that does not assure it will be strong or stable. If you don’t have this car inspected by MOT before you buy it, you are taking a very big chance. If the seller will not cooperate with a pre-purchase inspection, don’t walk away. Run away.

@Mustangman @It_s_Me He has had the car serviced by VW and they said the tracking is out but he forgot to get it sorted. I guess he would say that though.

Yes, we both read that. Both of our posts addressed that very statement.

It is a BIG red flag telling you to walk away. If that isn’t clear to you, good luck with your purchase.

No,but I wonder why the Polo had a salvage title.

Because it was more damaged than your car, of course.

@Brad_Peck there’s no way I’d buy this car. Even if it were free, I’d just part it out and not drive it. The odds that you will have to deal with expensive issues down the road are very high. And once you start talking about weakened chassis, that also increases the odds that you will be more injured than you otherwise would have been in a wreck because the chassis fails in ways it wouldn’t if it were intact before the collision.

I know salvage titles are tempting because they’re a lot cheaper than a non-salvage version of the car, but there’s a reason for that.