The 2021 Toyota Sienna now is a hybrid. It’s top of the line $50,000 Platinum trim line features a refrigerator built into the console as well as an easy to use vacuum cleaner. The overall average mpg is listed at 36 mpg. The 2021 Sienna is an entirely new design.
Am I safe in betting that this Sienna will bring back the popularity of the minivan?
I once bet that the flathead internal combustion engine would rise again due to its simplicity. I bet that the two stroke engine in automobiles (Saab, DKW) would rise again. This hasn’t.happened and at my age, my days are getting fewer. Is it safe for me to bet that the minivan will rise again?

Insurance commercials lead me to believe that cars have been monitoring and some reporting drivers’ habits for many years @Cavell. So corporate America is Big Brother I guess.

Come to think of it those John Deere tractors that require certified dealer repairs obviously have BLACK BOXES to prevent unauthorized ‘field repairs’ or modifications. I wonder how litigation on that issue is going.

It may bring some buyers back to a minivan, suspect more would stick with a Highlander or Venza

@Rod-Knox. I grew up in the country. We had a small acreage, but my parents weren’t farmers. I attended a country school where the parents of my classmates worked hard to eke out a living on their farms. Many of the men also worked in the factories to make ends meet. These farmers did their own repairs to keep their tractors running. Our school bus drivers were owner/operators who lived in the community and did most of their own repairs to keep their buses on the road.
When I was a teenager, I was able to do a lot of repairs and maintenance on my parents’ cars. The 1952 Dodge with its flathead 6 was particularly easy to maintain. I had no problems overhauling the two stroke engine on our Lawnboy mower.
Now I know I haven’t kept up with the times. I know engines have become more fuel efficient. I know we can’t return to the old days. However, I know the farmers I knew in the 1950s would be up in arms about farm equipment they purchased, but would not be allowed to maintain and repair that equipment.
One thing that helped the U.S. in WW II was that many of our servicemen had worked on their own vehicles and could easily be trained to work on army vehicles. Many servicemen knew how to repair radios and could easily be trained to repair and maintain communication equipment and radar.
I feel a sense of frustration today that I really can’t do much in the way of repairs to my vehicles. My television set is essentially a throw away appliance.
I find that a minivan fits my needs. GM and Ford have abandoned the minivan market. My hope is that the new Sienna may create a resurgence in this market.

I think minivans will rise again around the same time my leisure suits are back in style. As part of my daughter’s search for a car to buy when she moves back to this country, I suggested a minivan. Her response was “yuck Dad, I wouldn’t be seen driving one”. As long as that attitude exists, they are dead in the water.

I think minivans will rise again around the same time my leisure suits are back in style. As part of my daughter’s search for a car to buy when she moves back to this country, I suggested a minivan. Her response was “yuck Dad, I wouldn’t be seen driving one”.

And that is when a smart father would explain to his daughter that a car is an appliance, not a fashion statement or status symbol. It is a machine which takes you where you need to go, and what you should seek is a model which will provide the most “bang for the buck”, which minivans have done for years. No other vehicle can transport as many people, carry as much cargo, and provide as much fuel economy as a minivan, and minivans cost less than full-size SUVs or “crew cab” pickups.

@bcohen2010 @old_mopar_guy. That’s my point! Will the new 2021 Sienna make the minivan a popular, in style vehicle to own just as Chrysler Corporation did in the 1980s?

We bought the 88 grand Voyager for it’s utility rather than style. We did help fill the church parking lot with them, convincing others to buy.
Harder to talk someone out of getting a suv now

Is it safe for me to bet that the minivan will rise again?

No, this is not a safe bet.

Trying to predict the fickle public is a fools bet… they give out degrees in this stuff. It is called Marketing.

And Marketing gave us this… 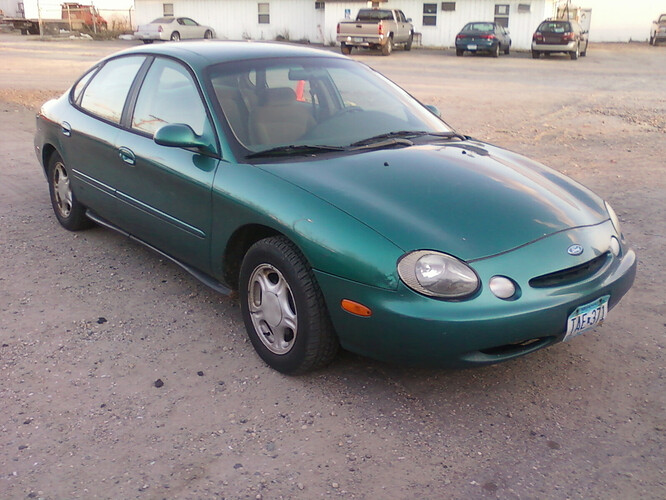 Not based on the Sienna hybrid. At $50,000+, very few buyers will be interested. It will qualify for tax credits as long as it’s a PHEV, but it would still be a very expensive minivan. We looked at the Pacifica PHEV, Pacifica, and Odyssey. The Pacifica PHEV was still more expensive than a comparable equipped Pacifica by a couple grand, and you would have to install a 240v home charger to make it practical. That would cost $1500 or more, depending on how far your circuit box is from the garage or driveway. Mrs JT was not at all impressed with the gains in gas mileage when I told her that an electrician would have to cut some holes in the drywall in a the basement and garage to snake the power line to the garage.

Pacifica PHEV sales in 2019 were about 5700 while all Pacifica sales were around 18,000. Expect a similar ratio for the Sienna hybrid, except the ratio will apply to the top trim levels. I like the idea of PHEVs as a bridge to fully electric vehicles, but IMO it will take too long to build a customer base to make it a winner. Camry sales in 2019 were 337,000 and Prius sales were 70,000. A big gap, and that’s for two mature model lines.

I expect to see more vehicles like the Ford Transit Connect . One basic platform and several ways to make it fit different uses.

The minivan hasn’t gone anywhere. They just gave them longer hoods and called them SUVs.

And the Ford Flex wasn’t a station wagon, Right?

We can label vehicles anyway we want. In my mind the last American station wagons were the GM Roadmaster and Caprice wagons.
On “Top Gear” they were doing a show on British GT cars, first car was a four door sedan, to me a GT has to be a two door coupe or hardtop.
Then there is muscle car vs pony car. Jeff Dunham was driving a Firebird, he referred to it as a muscle car, I said no, it’s a pony car, surprisingly he conceded that my term was more correct.

@Purebred. Real station wagons have wood bodies. Everything else that is classified as a station wagon is just a fake.

Will the new 2021 Sienna make the minivan a popular, in style vehicle to own just as Chrysler Corporation did in the 1980s?

It depends. Will Toyota bring back the “Swagger’ Wagon” ad campaign? 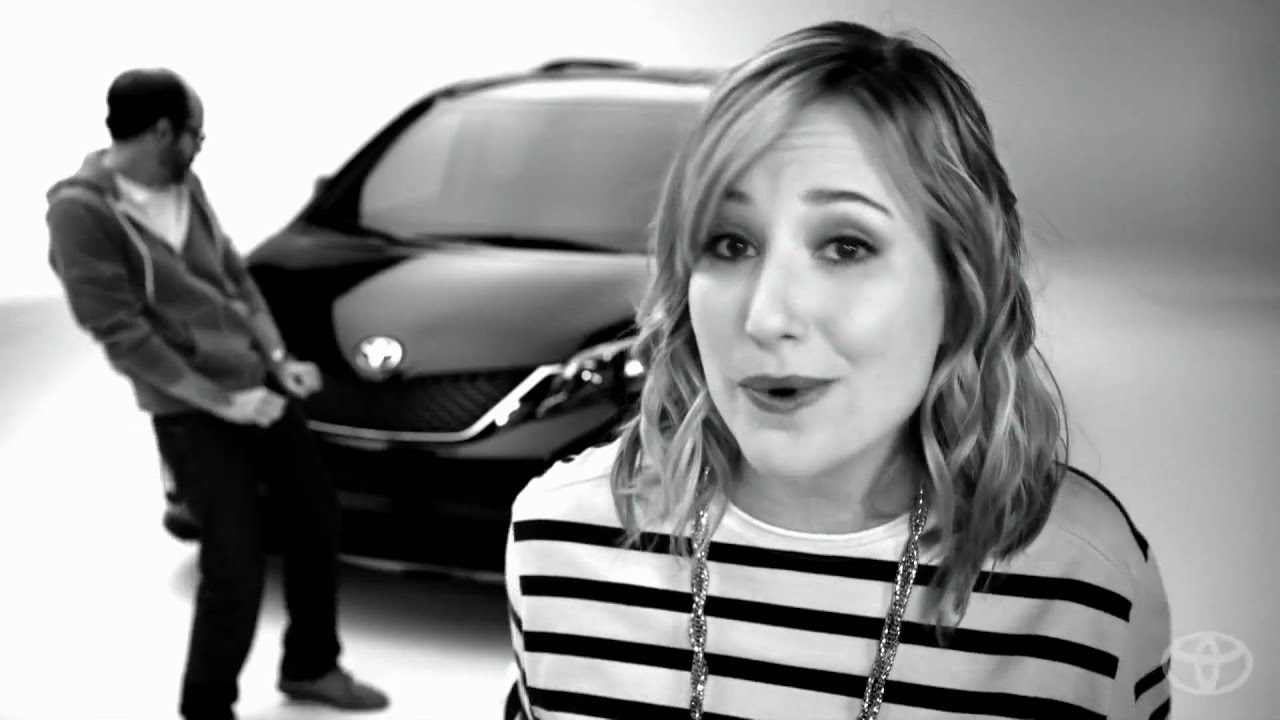 @shadowfax. I never saw that commercial, but it is attention grabbing.
In viewing the ad, I think.they should have worked a dog in somehow.

Golden Retrievers drive Subarus.
Well, I made the mistake of clicking on the Swagger Wagon advertisement. That’s why I don’t watch live TV, but I admit I don’t fast forward through the Subaru and Geico ads, guess I’m a sucker for dogs and lizards.

Insurance commercials lead me to believe that cars have been monitoring and some reporting drivers’ habits for many years @Cavell. So corporate America is Big Brother I guess.

No they are not. The service is available - IF YOU SIGN UP FOR IT. Then they plug in a device into the OBD-II connector. But unless you signed up for it with your insurance company they are NOT monitoring you vehicle.

The minivan hasn’t gone anywhere. They just gave them longer hoods and called them SUVs.