Who is to blame for computer failure?

I have a 2015 Ford Expedition. One month ago I took it to my neighborhood garage for an oil change and a tire rotation. They also performed a “Comprehensive Vehicle Inspection.” Last week the car would not start in a parking lot. We found that the battery terminals were severely corroded. My garage sent over a technician with a new battery. We got it started and took it back to the garage to get the terminals cleaned. After they cleaned the terminals it would not start. They were not able to diagnose the problem and suggested we have it towed to a Ford dealer. The Ford dealer had to reprogram the computer because they said the corroded cable caused it to short out. They also are replacing the battery harness. The estimate for this repair is about $2000. I believe that this problem should have been avoided if they had discovered the corrosion problem a month ago with their “Comprehensive” check. I would appreciate your opinion on this. Jim Furaus, Goodyear, AZ

if on the comprehensive check sheet they gave you stated battery condition good, yes they were not doing a comprehensive exam.
Odd, when they sent out a person to install the new battery he did not clean the terminals.

Aside from that, how did you not notice the corrosion when performing your oil, coolant, and windshield washer checks?

Who is to blame, can’t say. Multiple people involved including the person that installed your old battery. He may not have adequately cleaned the terminals.

The PCM software update was not a major expense. 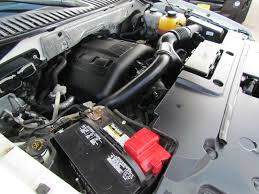 Fords of this era require the computer to be reprogrammed when ever the battery is removed. IMHO, that is just bad engineering.

Aside from that, how did you not notice the corrosion when performing your oil, coolant, and windshield washer checks?

The battery terminals are covered so I would not blame @jpfuraus_183335 for not seeing this. A comprehensive inspection by a qualified mechanic should have included looking under the terminal covers for corrosion, but to clean the terminals, the mechanic would have to hook up a “keep alive” battery to the computer or it would again require reprogramming.

You do NOT need a $2000 battery harness. You just need the terminals cleaned.

Has the battery in this vehicle ever been changed before?

Really? When did they start that? My 2013 has had the battery proactively replaced twice, no reprogramming performed.

I thought about the battery cover after replying, my 2013 is not covered, my 2020 does have a cover.

Something doesn’t add up for me. For example, corroded battery terminals result in poor or no connection to the battery not a short. When the connection is compromised, it is the same as if the battery was temporarily removed and the procedure for vehicles with AGM batteries is to reset the battery monitor program when the battery is replaced. This is used to track the condition of the battery and ensure it is properly charged.

The harness replacement might be needed because the end terminals and their connections to the wiring are severely compromised (likely due to corrosive vapors from a leaking battery). The dealer often will not splice in replacement terminals and rather opts to change the entire harness at great expense. I would seek an independent mechanic that is willing to take the time to repair your existing harness for much less money than a total replacement.

This is an interesting result to these complex harnesses they use now. Back in the day, swapping at most a double conductor cable was all that was needed. Now they often have numerous cables and connectors intertwined in the main vehicle harness. It would seem all the more reason to offer a means to swap out just the battery terminal if it becomes compromised…

In response to the question if the mechanic that did the inspection is somehow liable, the answer is no. The legal out is they did it for free as a service to you and did not charge for it. Aside from that, there are limits to what they can and will look for and there is no liability if they don’t happen to notice your battery terminals are corroded.

The “no maintenance “ battery was installed one year ago. The Ford representative said most of the cost for the Battery harness to be replaced because of many items needing to be removed to get at it. He also said the corrosion went deep into the wires, thus requiring a complete new harness!??

Thanks for the feedback. I’ll look into moving my car from the dealer if it makes sense.

I wouldn’t put too much confidence into the explanation given without seeing it for myself. Heard too many wild explanations and outright fabrications over the years. Even taken at their word, there is a limit as to how far down the conductor anything would travel. A length of wire and terminal can be spliced in. A lot of work can be done for a fraction of that estimated cost to replace the entire harness.

Who put the battery in? What kind of warranty did it have? Was there any verbiage in the warranty about consequential damage as a result of its premature failure? If the same dealer installed it, you might shame them into fixing it for free by saying “you guys sold me this battery that just caused a bunch of damage within the warranty period”. Might be worth looking into…

Hard to say without actually seeing how the battery, connectors, and wiring harness were affected. Some years ago I had a (unknown to me) leaking battery on my Corolla. The battery acid, gradually over the course of several months I presume, leaked onto the top surface of the battery, then decanted down the main +12 volt harness deep into the wiring harness. Eventually it hit a wiring splice and ate it up. This was the wire that the alternator uses to charge the battery, so had to be repaired. It was quite a big job b/c I had to cut the wiring harness apart along the entire path to find where the problem was, then had to obtain a special purpose soldering iron that could handle that large of wire. If I had that job done at a shop, along with the diagnostic time, I could definitely see it costing $1500-$2000.

You are asking a question that is more legal-related than car repair related. But from the car-repair side of the question, I don’t think you have a very good case in your claim the inspecting shop is to blame. Just one of those things that comes with owning a newer car, newer cars being complex designs and take a lot of time and expense for a shop to diagnose & repair.

He also said the corrosion went deep into the wires, thus requiring a complete new harness!??

Getting a second opinion is always a good business practice. Car maintenance is a business transaction. I’d really want a second opinion on corrosion going deep into the wires. The newer harnesses are pretty well sealed so actually being able to see this corrosion would be difficult.

If the dealer did cut the insulation when there was no bulging, then i’d be pretty pissed off at them, because if there was little or no corrosion before he cut it, there certainly will be in short order.

This is not my vehicle; I can’t take pictures.

One problem might be the general misunderstanding that the damaged terminals can simply be cleaned.

Manufactures stopped using lead cable ends 30 years ago. The stamped steel cable ends can quickly be damaged by acid from a leaking battery.

There are alternate repair procedures however the technician relies on the parts available from his dealer parts department. I have driven to a local auto parts store to buy a splice type battery cable to repair a customer’s car because the parts department counter man told me this was not available. It is unreasonable for me to have to pay $5 for a battery cable to repair a customer’s car to only collect $12 in labor but sometimes morals get in the way.

Another problem is the belief that the computer was damaged by lack of a back-up power supply. After replacing the battery, the battery monitor system should be reset with a scan tool, to call this reprogramming is incorrect, the factory programming is retained, only a reset procedure is needed.

Thanks. I’ll have a chat with them.