Which kind of spark plugs should I put in my oil burning car?

Hello. I have a 2000 Corolla that burns oil and seems to be running lean due to the white on the current spark plugs. I have never seen a lean code come up though. My spark plugs I have now are shot and need to buy new ones.

My question is: do you think I should get cheap spark plugs (copper) because of this or get more expensive ones (platinum or iridium)? I’m not sure if the better spark plugs will even last longer because the car doesn’t run perfect. I was thinking platinum as a nice middle of the road plug so I don’t spend $40 on iridium plugs and they crap out in 2 years because of the oil burning.

Replace the old plugs with OEM plugs, probably Denso. If you have the owner’s manual, the plug ID should be there. The Toyota website might have a PDF manual that you can download.

If you have white deposits, your oil burning is not affecting the plugs. If they were black and fluffy with carbon deposits, then I’d suggest using one range hotter. In this case I agree with @jtsanders and @Purebred, use the oem plug brand, type and range.

Be aware that clean white plugs can also indicate the engine is burning coolant. Keep an eye on the coolant level.

If it had deposits, I would suggest going to an Iridium plug. The much smaller electrode runs hotter and has less propensity to accumulate deposits. Since your plugs are clean, there is no reason to switch unless they are being consumed at a rate that is well shorter than the normal, expected lifespan for the OEM plug type.

Just use the OEM plugs. Don’t overthink this, and don’t try to “cheap out” and save a few bucks, perhaps at the risk of poor performance, poor fuel economy, or even serious engine damage. This is a 4-cylinder with only one plug per cylinder. It is not a V-10 or V-12, so the savings from using cheap plugs won’t even cover a single tank of gas!

$40 on iridium plugs and they crap out in 2 years

Did you happen to buy those $40 ($10 per plug?) plugs from Amazon or Ebay?
Lots of counterfeit plugs from those sources.
Even with white ash deposits they should last a lot longer.

You can’t “improve” on what the highly educated engineers designed. Sorry.

This problem with fakes being sold online is impacting all industries right now. It makes you want to just go pay full price at a parts store in town vs. trying to get a deal and get ripped off online.

Some of the fakes are obviously fakes and cheap copies but people buy them anyway because the price is so cheap. Others are clever counterfeits that might or might not be OK in quality.

In the IT world, the cheapo power adapters are no bargain. I deal with people who fry nice laptops by using the no-name China power adapters that pollute Amazon, eBay, etc. With car parts such as brakes this could lead to a dangerous situation.

One of my friends fell for an OBVIOUS scam on Black Friday. He thought he was getting a several thousand dollar smoker for $90. It was so obvious with typos and prices that were so low it was definitely not right but he did it anyway and had his bank account cleaned out.

Your best bet is to buy OEM at a real parts store, even if it seems like more money to at least get a baseline on what is going on. Maybe it will run better with new plugs but maybe the engine is down on compression and that is why it isn’t running well. Toyota had some notorious oil burners but I think your engine is too old to be part of that mess.

Are you 100% sure you are burning oil and not leaking it? Your engine is in the years of engines that burned a lot of oil due to sludge build up that was caused by a bad piston design, but those burned oil from the get go.

It is also in the range of engines with a bad front seal. Because it doesn’t leak from this seal unless the engine is running, you seldom see oil dripping in the parking space. It is slung off the harmonic damper into surfaces surrounding the damper. It’s a cheap fix.

I get good results on my 1990’s Corolla with NGK v-groove plugs. Same plug as oem (inexpensive copper type), but center electrode grooved instead of flat. The groove seems to improve the HC emissions. 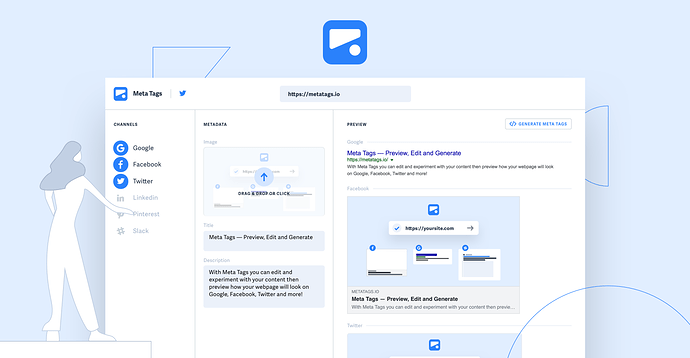 Any theories why the engine is consuming oil? How many quarts per 1000 miles? A problematic pcv system can cause unexplained oil burning, so suggest to ask shop to inspect all the hoses involved, and that the pcv valve itself is working correctly.

As far as which spark plug to use, rather than trying to choose the optimum plug manufacturer and specific product, imo since it is so easy to change the plugs on a Corolla, just change the plugs more often and use an oem plug. NGK and Denso seem to be the brands Asian car affectinados prefer.

Spark Plugs in the owners manual for a 2000 Corolla
Spark plug type:

In the IT world, the cheapo power adapters are no bargain. I deal with people who fry nice laptops by using the no-name China power adapters that pollute Amazon, eBay, etc.

I sometimes think switchmode AC adapters will one day bring society down.

They can fail “wide open”, putting out double voltage or more.
I imagine some of the lithium battery burn-downs are caused by this.
Makers could spend a couple bucks on a “crowbar” circuit to short the output in case of over voltage, but most are made as cheaply as possible.
This is why I always save the old school “wall warts” for DIY projects.

Research “piston soak”.
That may reduce the oil burning.

Taryl the small engine guy had a warning on spark plugs. He said the gold topped ones have had a lot of problems versus the silver topped ones. Maybe just small engines but I checked my stock and sure enough had one gold and the rest silver. I’m sure I bought them at Napa.

The ones that come with most decent equipment these days are fine. The ones that people buy cheap on the aftermarket are often not. I am sure they are just made cheaper and more likely to overvolt. Usually on a laptop, there is a lot of circuitry between the charger and the battery. I see fried motherboards but rarely see a bad or flaming battery because of this.

I knew these fakes had worked their way into the automotive supply line but figured spark plugs would be too inexpensive of a part to counterfeit. This nonsense has made me a lot less likely to order from random sites online unless I am 100% sure they are legit. Fake flash memory for computers is common as well.

I once ordered some Gillette razor blades that are usually pretty expensive off eBay and they were junk. I tried one and it was dull and cutting my face so got out another one only to find it to be the same. I began wondering if these were fakes so did a search. Gillette had a nice page about how to recognize a fake based on small details of construction of the blade and the way the carton they came in was made. Mine were obvious fakes and when I went to report the listing as a fraud, I could see that the seller had sold THOUSANDS upon THOUSANDS of these things. Of course I left a nasty review and the excuse was “A fake must have slipped in somewhere.” The picture on the listing was obviously one of the fakes shown on the Gillette page so I didn’t buy it.

I figure a local parts store might be more money but I feel the odds of getting a fake are probably pretty small.